Home » Interview with Kang Jing: Creator of “The World My Arena Vol. 1” 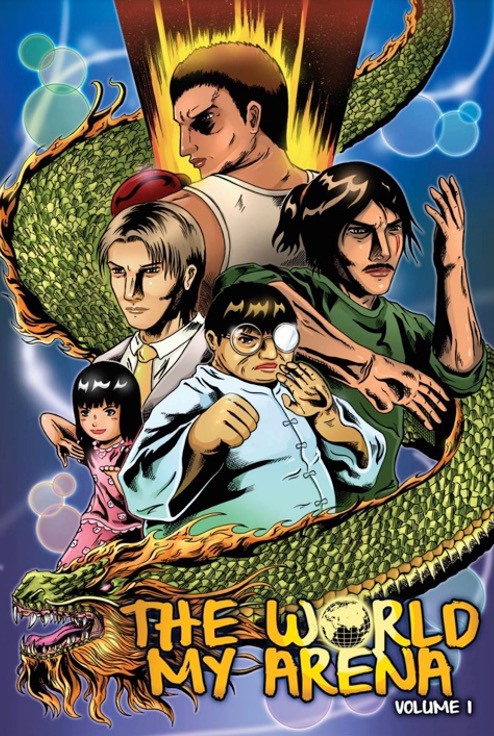 Kang Jing presents a very creative and heartfelt spin on the karate sub-genre with his first comic, The World My Arena Vol 1. Alongside the team of ACE, Alan Bay, and Tara Clarkson, the four tell the story of Nathan, an isolated high schooler pushed to the edge by bullies. Seemingly only living because of his loving relationship with his little sister, Chloe, Nathan eventually comes upon a maintenance man named Gideon and his life completely changes. For better and for worse. Fortunately, we were able to interview the young author and artist from Singapore to get a closer look at what went into making this great first edition. And also get to see what happens next in this new multiseries!

AP2HYC: What made you want to become a comic book author and artist?

Kang Jing: I grew up being huge on manga and anime and I have loved drawing from a young age. As cliché as it sounds, it was a childhood dream to write and draw my own comic. Along the way as I grew up, the dream took a backseat until in 2019 when the passion for comics got reignited.

AP2HYC: What was the inspiration behind this The World My Arena Vol 1?

Kang Jing: I was definitely very influenced by the manga way of storytelling. (Even though I would consider my art style more towards Western Comic) I really enjoy how manga delves very deep into characterisation and their back stories, and that is something that I try to pick up while writing my story.

AP2HYC: What made you choose martial arts as a key plot device to this storyline and as the skill that not only empowers but emboldens Nathan?

Kang Jing: The World My Arena revolves around martial arts as a theme and that is because I was actively practising martial arts back when the idea first popped into my mind. I trained in Jeet Kune. Did for 3 years and boxing for a year, and that probably explains why we got to see both of these within the comic! Perhaps something unlike most comics, The World My Arena is largely grounded in a sense that there ain’t superpowers involved, and the martial arts are made to be more realistic. For a character who have suffered mockery and bullying through his life, Nathan would be someone low on confidence and self-esteem. Being exposed to martial arts and the chance to really turn his life around, I feel that it would be a natural progression for him to grow and make the decisions he do! 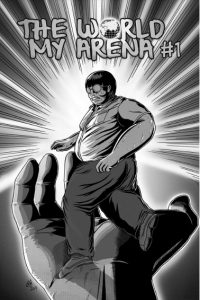 AP2HYC: What do you want people to see in Nathan and the characters and school around him?

Kang Jing: While reading the story, many may sympathise with what Nathan is going through. The truth is, Nathan could very possibly be a guy you know, or even yourself. I think bullying is something that is occurring in reality, in every corner of society, but perhaps we turn a blind eye to it. So just be nice to people! 😉

AP2HYC: What artistic style do you and your team bring to The World My Arena Vol 1?

Kang Jing: The World My Arena Vol I is the first comic I ever drew, so it was really on-the-job-learning for me as well, as I get to witness my art improve over the series. I would say it’s a good mix of manga and western art style! And with my collaborator Ace, who did the amazing screentones for the interior pages, it really brings the intensity and mood out to the readers!

AP2HYC: Where does The World My Arena go from here?

Kang Jing: I am currently working on The World My Arena Vol II, roughly 40% in the works! Readers can definitely look forward to seeing that out in end 2022, or latest early 2023! That would probably wrap up the story, unless readers enjoy it so much and demand a continuation in volume III 😉! 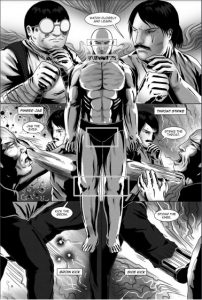 Kang Jing: Making comics is a huge commitment, and that is really an understatement. Months and years of hard work to bring a script full of words into actual paneled pages, it’s really a dream come true for me. But what makes it better was hearing all the positive messages and reviews from readers, who have told me how much they enjoyed the story, and how much they enjoyed the characters! It’s really a huge vote of confidence for a newbie creator like myself, and it motivates me to continue improving and bringing even more stories out to the world!

AP2HYC: Are there other projects that you’re working on as well right now?

Kang Jing: As mentioned earlier, The World My Arena Vol II is in the work at the moment. In addition, I’m also constantly getting myself into anthologies with short stories. (These really help to get my mind off once in awhile because doing a long series graphic novel can be really draining at times). There are several other projects that have been completed and waiting for publication, and amongst them are some really exciting and different kinds of stuffs that I can’t wait to share!

Kang Jing leaves a terrific first impression in The World My Arena Vol I and it’s clear that he’s just getting started! If you want to learn more about this new miniseries check out this link. Sound off in the comments or send us your thoughts on Facebook or Twitter!