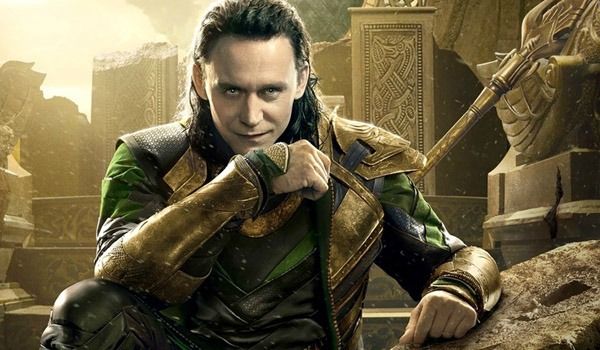 Broadly speaking, Loki is and always has been a complex character. From the MCU to the Marvel comics to the original mythology, as far back as is possible to track, Loki has always been an ambiguous character regarding his morals. However, it goes beyond that.

Loki is ambiguous not only in his alignment to good or bad, but also in his gender presentation. In the new Disney+ show, Loki’s character is being explored. How his shape-shifting powers give him the opportunity, to not only cause his mischief, but also an opportunity to explore gender presentation. In the Prose and Poetic Eddas, it is examined how Loki tends to play fast and loose with his alignment to good and bad. But he also has the wide-spread epithet of Mother of Monsters  which can be seen to contradict him and Odin being blood brothers. Because to modern, Eurocentric ideas of gender and sex, one can only be male or female.

In contemporary terms, the default presentation is binary: people only being a man or woman. But it goes deeper than that. Since humans first came together to form societies, religions and worship for deities who play around with their shape and form came about, often being shapeshifters like Loki. As far back as Babylon, a gender ambiguous individual, Asushunamir, saved Ishtar from the land of the dead. They were cursed to live on the fringes of society. As thanks for saving her life, Ishtar granted them the powers of healing and prophecy. This myth acts as a double edged sword, by portraying them as gifted heroes, but also damning them and other non-conforming/non-binary people to obscurity.

On the other hand, we see more of a tame version of Loki’s shape shift abilities in the comics and MCU. With the MCU drawing inspiration from the Ultimate run of the comics, we see a grittier version of the campy Asgardian stories. Thereby stripping away the bright, flowing capes and replacing with the cloaks and dark leather that have become a staple of how we see Loki in the modern day.

The style can go either way, masculine leaning or feminine leaning, with an androgynous aesthetic. The same goes for Loki’s character and how they are portrayed. As Lady Loki, the trickster has more skin-tight pieces. As masculine Loki there is little to distinguish between presentations other than the presence of breasts and curves. This is exaggerated as with many female presenting characters, but Loki is different.

Character designs like these make it easy for a character to transition between how they choose to present. Genderfluidity and many other LGBTQ+ identities being directly addressed is what fans want from the character they love. The lack of more variation in gender presentation with the Loki Variants leaves us wanting more. We see spandex and more excessive use of leather in the other Loki’s character designs, a unisex decision made often in costume design. Though, that is a reach. However, the reaction from Classic Loki hearing of a femme Loki being a shock could explain that.

So what can we expect of the Disney+ show for representation of the famously fluid Norse god turned antihero? Past instances of LGBTQ+ representation are lacklustre in the MCU. It would be better to go into watching Loki (2021) with lower expectations.

The Russo’s portrayal of an unnamed gay character cannot be the peak of representation in the MCU, we hope. Looking closely at the closing sequence, you can spot Loki’s gender/sex listed as “fluid”. There’s more hope than we thought.

Who knows, maybe we can get good representations of LGBTQ+ identities in the future of MCU properties. A good sign with the subtle confirmation of Loki and Sylvie’s bisexuality too.

What do you think of Loki’s fluidity? Did you spot anything we didn’t? You can judge for yourself through our reviews of the series, Let us know in the comments or send us your thoughts on Twitter!