Home » The Promise: Secrets and Lies is a Unique, Touching Fantasy 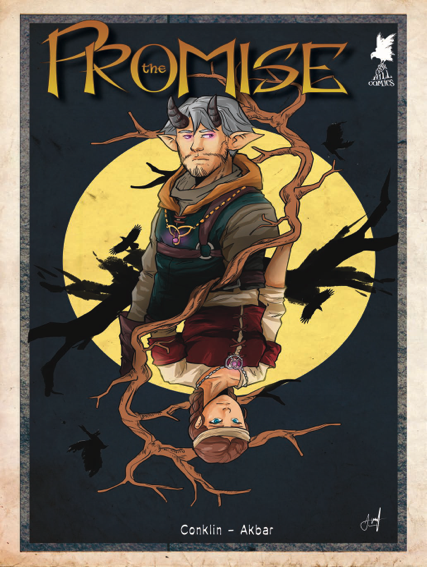 Some of the best movies or comics are the ones that can entertain you while also leaving you wanting more. Although, at times, we see films that stay on longer than necessary. Which can not only diminish the quality of the product but also leave very little up to the viewer’s imagination. It eliminates one of the most crucial elements of storytelling. However, in the case of T.W. Conklin’s The Promise: Secrets and Lies, we see a beautiful balance of world-building along with enough questions left unanswered to spark the beginning of a new miniseries.

Conklin serves as the comic’s writer and creator alongside his team. The creative team includes Jihad Akbar (line and cover art), M. Woods (color art), Cristian Docolomansky (letterer and design), Andy Kissler (editor), and Michael Murphy (assistant editors). The team’s collective effort brought us The Promise: Secrets and Lies, published by Crow Hill Comics. The first of 12 issues, The Promise: Secrets and Lies, begins in the aftermath of a large-scale war in the Realm of Faerie. Ultimately, a witty thief in Erolith Rokian must find the lost heir to the throne of Faerie and bring her to its murderous Queen. However, Rokian has his own plans alongside the people that have protected this heir, River, for all these years.

River, on the other hand, has been kept in the dark about her family’s past. Once she begins to peel back the layers of this secret, The Promise: Secrets and Lies hits another gear. Meanwhile, the Iron Church continues their war on magic alongside their Queen. They are committed to punishing anyone affiliated with the mystical arts. But, at the same time, River’s powers are getting stronger and stronger. Overall, this comic explores essential themes like faith, loyalty, and grief, establishing Conklin’s work as one of the more compelling and inventive new comics out there. 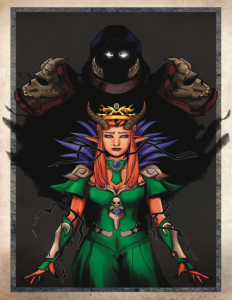 The artwork in The Promise: Secrets and Lies effectively conveys the emotional arcs of the comic’s many characters. The visuals are particularly compelling in drawing distinctions between flashbacks and the present. Which not only provides key exposition but also further humanizes the characters. Especially those trapped within the infective anti-magic ideology of the Iron Church. Something that River’s dad, Tobin, knows too much about. But as the Queen searches for her next of kin, she has an even more ambitious goal, one that could make her power absolute in a kingdom still uneven from the past chaos of the war.

Overall, The Promise: Secrets and Lies is an ambitious new fantasy with many engaging characters that all stand out. Conklin is able to hint at many ideas about what will happen next and what else is in this universe. Sometimes, not showing all of your cards in the first issue is what keeps audiences coming back. This is precisely what The Promise: Secrets and Lies accomplishes, intensifying the anticipation about what happens next in River’s journey.