Home » “Kotaro Lives Alone” is a Testament to Kind People 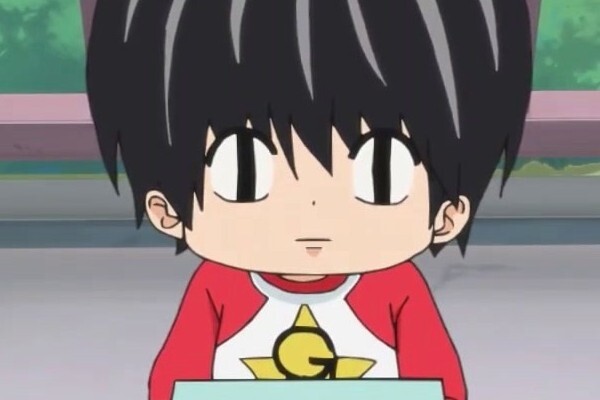 Kotaro Lives Alone, a 2022 Netflix original anime directed by Tomoe Makino, is about the titular Kotaro. Kotaro, a four year old, lives on his own in an apartment complex just as the title states. His existence is lonely, but luckily not for long. Karino, a broke manga artist who lives next door, takes an interest in him almost immediately and takes it upon himself to look out for the child. Others join him in this venture. Most prominently Tamaru, a yakuza-looking man, and Mizuki, a hostess. Between the three of them they do their best to raise Kotaro.

Kotaro’s relationship with Karino is the most important to this show; they come to care for each other and grow as a result. But the bulk of the show is spent on the small kindnesses of strangers and the friends that Kotaro gathers in the past and over the course of the show. It rapidly becomes clear that while Kotaro was born into an extremely abusive environment, the anime strives to show that most people are good. However, it does not sugar-coat the terrible things which some people are capable of. While it seems a bit unrealistic just how many people are altruistic enough to take an interest in Kotaro’s wellbeing, the fact of child abuse as well as domestic violence is not shied away from.

The show highlights a sad but important thing to remember, which is that children do not always have good homes. The viewer receives the message to be vigilant to the signs of child abuse in the world around them. It can happen anywhere. Though the show is often sad, and the few attempts at humor are rather unconvincing, it is at its best when exploring Kotaro’s worldview and the way that his relationships affect not only him but the people around him. Kotaro makes a compelling protagonist, not only because of the good he brings with him where he goes, but due to his thoughtfulness and the curious, bittersweet way he explores his environment.

The show clearly explores the reasons for Kotaro’s grown up attitude. Karino is partially in the story to remind Kotaro that it is okay to act like a child. Of all the relationships in this show, theirs get explored most thoroughly, and it is deeply captivating. As a person, Karino is very flawed. Though at the beginning it seems like he does not have what it takes to care for a child- he cannot even take good care of himself -it rapidly becomes evident that he truly desires to be a good guardian for Kotoro. He lost his parents at a young age as well, and he sympathizes with Kotaro. While Kotaro learns that he can rely on other people, Karino discovers what it means to bear responsibility. The two of them make an unlikely but beautiful pair.

Kotaro Lives Alone currently has ten episodes, and will hopefully be renewed for a second season. I at least wait for it with eager anticipation. Have you watched this show? Sound off in the comments or send us your thoughts on Facebook or Twitter!