Home » Season 3 The Boys Midpoint: A Diabolical Beginning Building to a Thrilling End 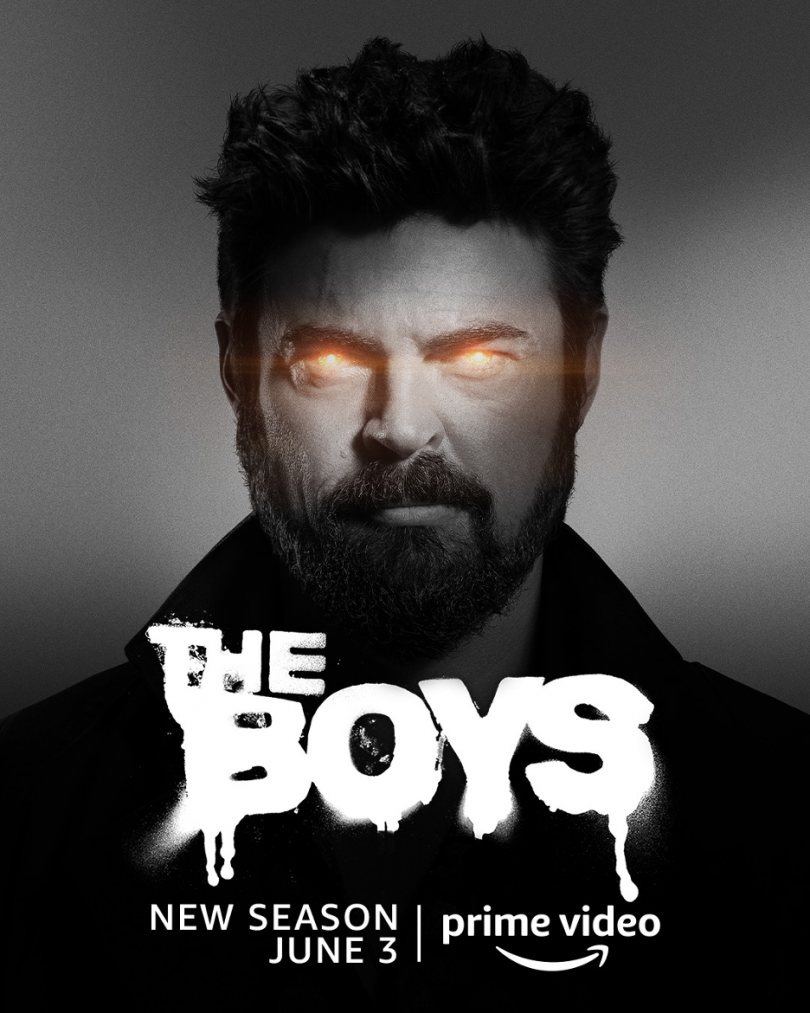 The long-awaited return of The Boys after almost two years is over and Season 3 continues the storyline of our favorite band of murderers. However, things are different, as this season takes place one year after the events of Season 2. And “the boys” are not all together as life seemingly gets back to normal.

But that doesn’t stop Season 3 from being possibly the most thrilling start to a season for this series at the halfway point. Which is a high standard after the first half of Season 1. Where we truly see how corrupt the corporate entity that is Vought is. And how evil “the world’s greatest superhero” Homelander is.

With their criminal records cleared, Frenchie, Butcher, and Hughie all work as contractors for the Federal Bureau of Superhuman Affairs. This government agency comes about after the events of Season 2 and is created by Victoria Neuman. A former congresswoman, Neuman gave us one of the more mind blowing twists of the series so far. Revealing herself to be the assassin responsible for the hearing massacre last season.

While Butcher and Frenchie are out in the field for the past year, wreaking a lot less bloody havoc than before, Hughie works in the agency’s headquarters as Senior Analyst and Neuman’s right hand man. This position is Hughie’s chance at holding supes accountable for their crimes the right way. Instead of, you know, blowing them up by sticking bombs up in certain places.

Also, this is Hughie’s chance to live a somewhat normal life where the life expectancy might even go past 30. Little does he know he makes one wrong move around his new boss and he could lose his head. Which is an impactful element of Season 3 with every scene involving Neuman being very tense, knowing what we now know about her. And during this season we get a further glimpse into her motivations and past with Vought.

All the while, Vought has taken a significant PR hit over this year due to Stormfront’s past coming to light. Leading Stan Edgar to see Starlight as a key component towards the company regaining public trust. Putting Homelander even more on edge as Starlight rises in approval ratings and status within “The Seven”. These events lead to a terrific scene between Homelander and Butcher.

The two lament the restrictions put on them by Vought and the Bureau and their desire for a “scorched earth” ending to their storyline. The scene shows the respect Homelander carries for Butcher due to his upfront hatred and lack of fear of him. Which is not something Homelander is used to, indicating that there’s a Joker-Batman-like relationship between the two. An inevitability that they are bound to clash at the end on equal footing.

Much of Season 3 so far focuses on how that could come about. With the emergence of a Compound V24, a super serum that turns regular people into supes for a day as well as this season’s dig into the past of Solider Boy. A character, played by Jensen Ackles, who was the world’s greatest hero before Homelander throughout the mid to late 20th century.

Soldier Boy even possessed similar capabilities to Homelander in regards to his superhuman strength. Which is what peaks Butcher’s interest because whatever weapon seemingly killed this parody of Captain America could possibly kill Homelander. Which we all know is the only reason why Butcher is still alive at this point.

At the same time, Butcher in secret meets and acts as a father figure for Ryan, his wife’s, Becca, son. Ryan is in hiding with Grace Mallory from his father Homelander. And while he is being raised to resist using powers, something that his mother was very keen on, he also is a possible contingency plan against his father. Who is getting more brutal by the very day in this season.

Who becomes more and more unhinged by the day as we see after reacting to a certain bit of news in Episode 2. Homelander currently is or at least seems to be the most powerful superhero in the world. And as he said at the end of Season 2 if the video of the plane debacle gets out he’ll “destroy everything and everyone.”

Almost resigned to this possibility, Homelander notes to Starlight how “being feared” is a fine alternative to “being loved”. Especially as that second option seems to be fading away by the day due to his relationship with Stormfront. Anyways, this is has been a thrilling start to what should be the best season of the The Boys. And now we’re getting to the part of the story that everyone is really curious about. Due to a certain twist that comes up in the comics!

What do you think about Season 3 of The Boys so far? What are you looking forward to? Sound off in the comments or send us your thoughts on Facebook or Twitter!