Home » “The Umbrella Academy” Season 3: What Can We Expect? 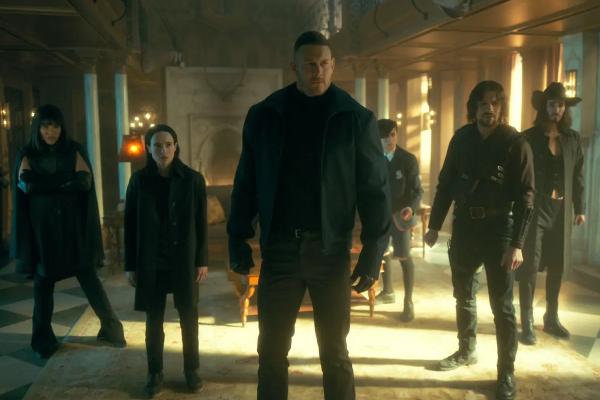 After nearly two years of waiting, Season 3 of Netflix‘s The Umbrella Academy is almost here! Based on the comic series written by Gerard Way and illustrated by Gabriel Bá, last season certainly amped up the twists and turns as well as the comedy. Combining elements of sci-fi, family drama and the superhero genre, The Umbrella Academy has been a blast so far. Where else can you find an eclectic soundtrack, time-travelling assassins and a talking chimp? Not to mention the Hargreeves’ powers which are often used in darker ways than your standard superhero or mutant stories.

So what can we expect in the upcoming third season based on what we know so far? (Warning, some spoilers ahead for previous episodes)

Following last season’s time capers in the 1960s and the Hargreeves siblings avoiding the apocalypse once again, they return to the present, only to find strangers in their home. Even the name has changed to The Sparrow Academy. This family just can’t catch a break.

From the trailers we’ve seen so far, it looks like we’re in for another bonkers adventure. This time, the danger comes from a time paradox, with the Hargreeves siblings’ presence threatening reality. The concept of the multiverse and alternate realities is very much in vogue at the moment, so I can’t wait to see how the series explores this time clash. Even the fact that a version of Ben is alive is intriguing. It will be interesting to see how the other characters react to him, especially if he’s very different from their Ben.

The most recent trailer is typically swift and action-packed, with glimpses of some great fight sequences and supernatural mayhem. Can the Sparrows and Umbrellas stop fighting and join forces? Between that and a sort of temporal grim reaper ripping through time, the stakes are high as always. The way that these scenes are paired with the frenetic audio of “Ballroom Blitz” is perfect for the show’s style. The chase scene with birds flying around corridors looks creepy and funny at the same time.

It also looks like we are in for more of the great banter between the main characters. I laughed out loud at Robert Sheehan‘s Klaus joking about climbing “Luther Mountain”. What I really enjoy about this series is that even amongst the chaos and destruction, there’s always some fun. Having deep discussions while fleeing danger isn’t easy, but for the Hargreeves, it’s just another day. Aidan Gallagher‘s Five remains a strong presence in the new footage, balancing humour and gravitas. Hopefully he’ll have plenty of new material to work with this season. I’m also excited to see what’s next for Elliot Page‘s Viktor Hargreeves and his journey with controlling his immense powers. The way that Viktor’s character mirrors Page’s real life transition is a great step in representation.

With critical response increasing each season, will this be the best one yet? I certainly hope so. Based on everything we’ve seen so far, I personally cannot wait! Season 3 will be released on Netflix on 22nd June 2022.

Are you a fan of The Umbrella Academy? Are you new to the series but looking for a show to watch? You can find Seasons 1 and 2 over at Netflix. Sound off in the comments or send us your thoughts on Facebook or Twitter!