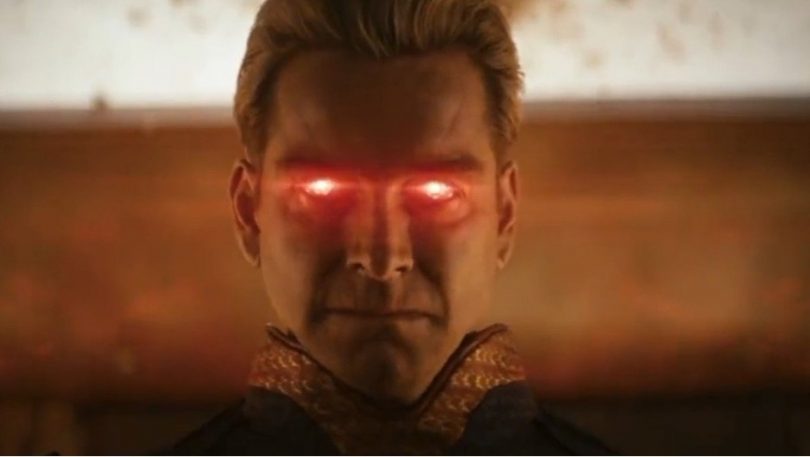 WARNING: SPOILERS! The Boys wrapped up Season 3 this a little more than a week ago, giving us one of the best seasons of television of the year. And certainly of the show so far. Taking place more than a year after the events of Season 2, Season 3 dives into how our beloved war criminals have grappled with that aftermath as well as what they are going to do when faced with new adversity and new corrupt heroes. It leads to some incredible fight scenes as well as a lot of questions by the season’s end.

One of the best elements of these episodes is due to this race against time that many of our main characters are feeling due to our main antagonist’s, Homelander, gradually unravelling sanity. Not that he was sane to begin with. But with no apparent way to actually stop Homelander should he snap and choose to be feared instead of loved, characters such as Hughie and Starlight are walking on eggshells throughout.

All of this leads to the introduction of a character that steals the show in every scene he’s in. Jensen Ackles’ Soldier Boy. As America’s first and greatest superhero, Soldier Boy was practically indestructible. This prompts characters like Butcher and Hughie to question what killed a man who perhaps is even stronger than Homelander. It is soon revealed however that Soldier Boy is alive, giving the duo another idea. Should they be able to get over the fact that they are dealing with a murderous, PTSD-driven, boomer-like character who grew up in the Jazz Age.

The three eventually make a deal. Kill every one of Soldier Boy’s former team, Payback, who betrayed their leader in 1984, and Soldier Boy will help them kill Homelander. A plan which takes several detours and heavily fractures Hughie and Starlight’s relationship. Hughie throughout this season feels a sense of helplessness about Starlight’s predicament. He believes that she’s always had to save him rather than vice versa and if he doesn’t do something drastic Homelander will surely kill her. Leading him to do something drastic alongside Butcher. Take Compound V24.

Compound V24 somewhat evens the playing field for him and Butcher when they go on these murderous missions alongside Soldier Boy. It shows just how far Hughie is willing to go to extinguish this ultimate threat in Homelander. All the while, this season gives us the most detail so far into the past of Black Noir. Upon hearing about Soldier Boy’s return, Noir immediately goes into hiding. Which is probably the most decisive action we’ve seen him take in these three seasons.

Originally a member of Payback alongside Soldier Boy, Noir was bullied mercilessly by the world’s greatest superhero. Soldier Boy’s constant torment of many of his team members led to his own team turning on him and selling him out to the Russians. Leading to Noir’s current physical disfigurement, brain damage, and silence throughout the series. But going into the last few episodes we are given another major twist.

Vought orchestrated this betrayal of Soldier Boy because they already had a replacement in mind for their brand. Homelander. And it turns out Homelander is the son of the man he looked up to for so many years. This leads to a confrontation in the last episode that is both epic but also somewhat confusing; further emphasizing this entire theme of fatherhood which is apparent throughout this season. Clearly the parents of our main characters, or lack thereof, particularly the fathers, have a significant impact on their outlooks and moral compasses. 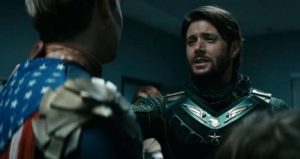 Anyways, Soldier Boy has a lot more honor than I think most people originally believed. It might be for some of the wrong reasons but he made a deal with Butcher. And while Butcher was concerned Soldier Boy would turn on him once he discovered that he was Homelander’s father, he didn’t, In spite of Homelander’s ace in the hole. He brings Ryan to the scene after receiving intel of his son’s whereabouts from Victoria Neuman; an entirely new foe that the boys are certainly targeting going into next season as she runs for Vice President.

Nevertheless, Butcher turns on Soldier Boy. This is in reaction to Soldier Boy hitting Ryan in his attempt to kill Homelander. Which is surprising because Soldier Boy could easily turn on Butcher now. We’re at a point where Soldier Boy’s entire former team is seemingly dead, as we see Homelander kill Black Noir for not telling him about his father in a previous scene. It seems like the end for the silent assassin but who knows. Still, one of the interesting takeaways from this season and last season of The Boys is how the physical conflict in the final confrontation all of a sudden stops.

Especially, in this case, from the standpoint of Homelander at the end. Homelander’s strategy in this situation is very unique because. As it seems to be clear that he actually does not want to fight. The only scenario where he would have ended up fighting is if Soldier Boy had turned. However, by the end, Soldier Boy and Maeve have seemingly been subdued, putting Homelander at a significant advantage especially should Ryan join him against the rest of our main cast. But all he does is leave with Ryan in hand.

In short, Homelander walked into a confrontation with Ryan and then walked out with Ryan. With Maeve and Soldier Boy out of the picture, however, it’s confusing why Homelander didn’t choose to finish the job and kill the group of vigilantes that have been the biggest thorn in his side. He simply walks away, knowing somewhat that in this situation that he was won. But why should that be it?

Is it because Ryan is with him now, and Homelander knows that Ryan does not want him to harm Butcher? Or is it due to Starlight’s approval points that he cannot harm Hughie? Even though that hasn’t stopped Homelander in the past from harming people Starlight cares about. See Supersonic. Just something seems wrong about all the boys being able to hang out in the Flatiron building like Homelander has no idea where they are. Even though he easily found where Butcher was in that face-to-face scene early on in Season 3. I guess this is another somewhat temporary truce like at the end of Season 2 but also somewhat anticlimactic.

The only way to raise the stakes higher than they ever been before is if that plane video of Homelander gets out. And while I thought that would have happened this season it now has to in Season 4. Then the main antagonist will truly do whatever he wants. Anyways, despite all the questions about the ending, Season 3 of The Boys is far and away the best season of this show. It is completely different from the comics for the better. The only question is what is the endgame of this show and will that come about in the next season? No pun intended.

What did you think of Season 3 of The Boys? What do you think will happen in Season 4? Sound off in the comments or send us your thoughts on Facebook or Twitter!