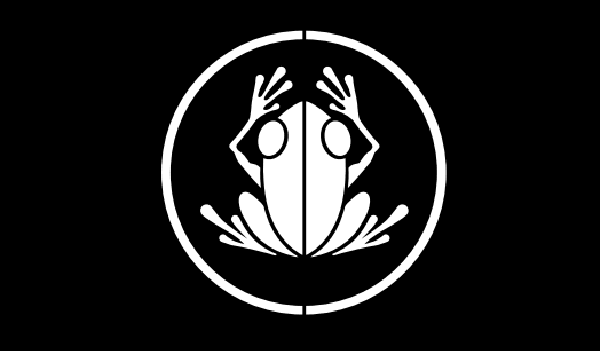 Taking the piss out of the likes of Spider-Man, Superman, and Kick-Ass, Dead Canary Comics’ Frogman, created by Mark Lewis and Matt Finch, is not be your average superhero comic. The hero isn’t exactly heroic and doesn’t seem to be particularly super, but the book still manages to be a fun, pun-filled read that is sure to satisfy the genre-savvy and newcomers alike.

The story follows the exploits of Freddy Frog, the titular, green-skinned hero who flips burgers when he’s not bungling his attempts to fight crime. Upon discovering that his payslip has been plundered by the Taxman, he sets out to take his revenge… but not before enjoying the company of a lamppost-lounging lady of the night first, of course. Like I said, Frogman is not your typical superhero. 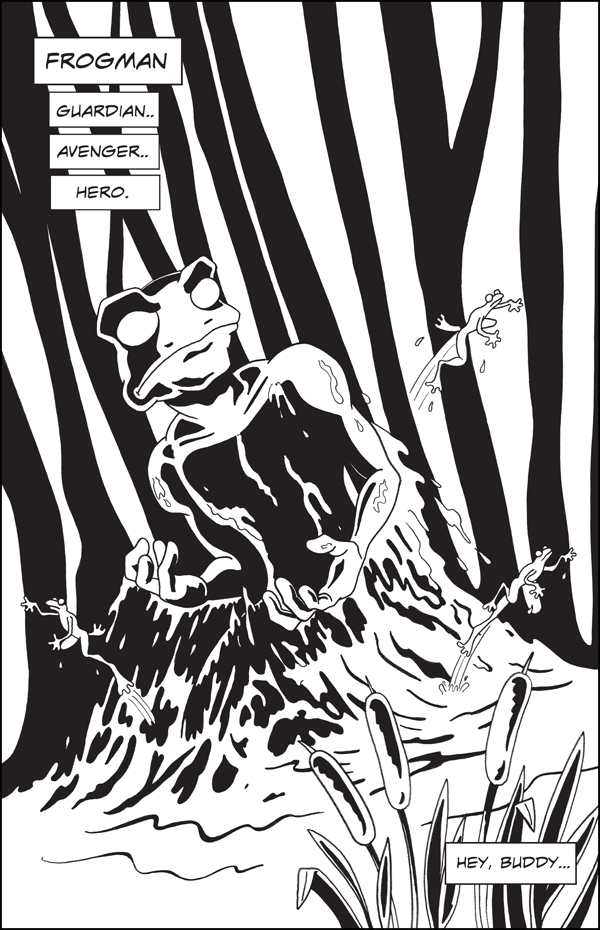 With a style and humour reminiscent of Kevin Smith’s Bluntman & Chronic comic, Frogman is almost constantly making subtle (and not-so-subtle) references to other superheroes like Batman, Superman, and Spider-Man. Many will recognise Frogman re-enacting a famous Spider-Man panel (and no, it’s not the “froggy style” one), but the jokes and jabs can be appreciated even without a wide knowledge of comics. It also remains to be seen whether Frogman actually has super-frog-strength as he claims, although I would believe that having the proportionate strength of a frog may not be something to brag about.

The artwork, with its deep blacks and stark whites, is reminiscent of noir-inspired titles like Sin City, although the tone is about as far from hardboiled as you can get (a couple of spoof moments aside). Despite the lack of colour, it is made clear that Frogman is indeed green, although most people don’t seem to notice. While the first issue was drawn by Finch, the next chapter, Frogman Returns, will be drawn by award-winning British artist John Aggs and will have a very different style. 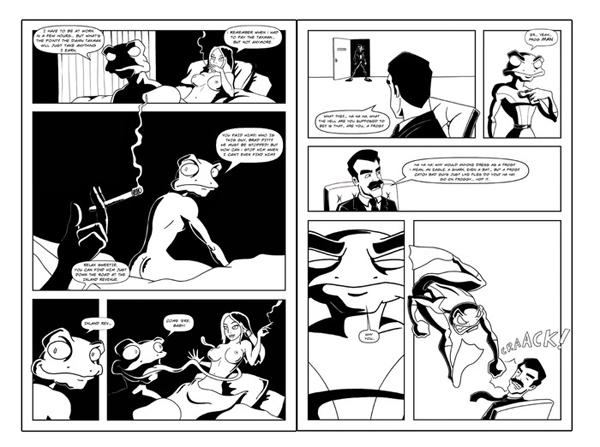 Perhaps the one failing of Frogman is that the pacing is a bit rushed and there does seem to be a much heavier emphasis on jokes over story. The villain, the Taxman, feels a bit forced at times as well, but provides more than enough joke fodder to make up for it. In truth, my only real complaint is that the single issue feels too short, and I am eagerly awaiting the next instalment.

Overall, Frogman manages to be just original enough to escape being pure parody, and succeeds at being as hilarious as the authors intended. Making up for its thin story with a plethora of jokes and puns, Frogman may not be the hero we need, deserve, or even want, but I for one will be leaping to pick up the next issue.