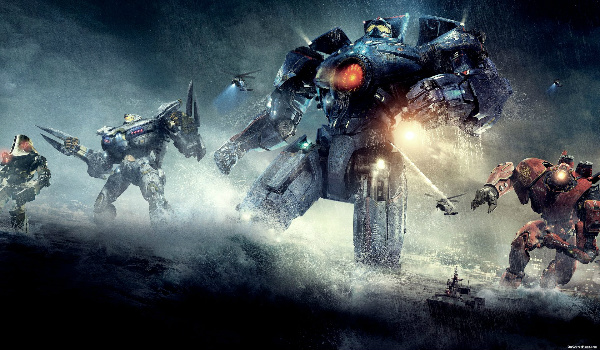 “Tonight, people, we are cancelling the apocalypse!” roars Idris Elba in Pacific Rim. Thankfully, with films as downright brilliant as Pacific Rim being released, it looks like the apocalypse is still a long way off.

After turning down the opportunity to direct just about every major blockbuster in the last five years, the last film that Guillermo Del Toro directed was Hellboy 2: The Golden Army in 2008. Pacific Rim, if anything, will make you dearly hope that he never goes away.

The premise is relatively simple. A rift in the Pacific Ocean exposes the world to giant monsters, so people build robots to fight them. Don’t let the simple premise put you off, however, as this is one of the boldest, most artistic studio films in memory.

Del Toro has had a notoriously troubled history with Hollywood studies, with his first studio film, Mimic, being interfered with so much that he likened the film to having a beautiful daughter who has her arms chopped off. None of that is present in Pacific Rim, however. Del Toro said in interviews that making the film allowed him to have fun and to be a kid, and from start to finish, you get the impression that this is exactly the film that he wanted to make.

That is because it feels so much like a genuine Del Toro film. One of his most recognisable trademarks is for atrocious and indescribable events to be witnessed through the eyes of children, and here we have the younger version of Rinko Kikuchi‘s character recoiling in horror as one of the giant monsters, known as the Kaiju, destroys the city surrounding them. This puts a new perspective on the whole giant monster destroying everything in sight thing. It may be fun to watch such a thing on screen, but seen through the eyes of a child, it is nothing more than a tragedy, a route which few other directors would dare to take. That’s perhaps Pacific Rim’s strongest element: the fact that, while it may be about giant robots and giant monsters battering each other to death, it has a very human element to it. Transformers it ain’t.

Another element that makes Pacific Rim very strongly stand out is its monsters. Del Toro is known for his obsession with monsters, saying that the most important thing when designing a monster is to create something that will look different and unique from whichever perspective you look at it from. Here, we have some of the most beautifully designed and creative looking creatures in Hollywood, courtesy of Industrial Light and Magic, working with Del Toro for the first time. No motion capture was used, in order for the creatures to have a truly otherworldly appearance, and from shark-like monstrosities to insectoid abominations, every creature in Pacific Rim feels new, fresh, and spectacular to behold. 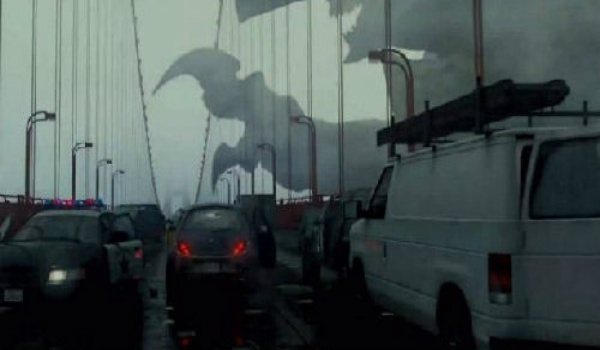 Pacific Rim also explores the human mind and possibly even the soul. Each of the robots, known as Jaegers, has two pilots, who literally enter each other’s minds in order to make their connection with the Jaeger stronger. In doing so, they create an almost spiritual bond with one another, giving the film a mysterious, psychological quality that is lacking from so many films today. And as the pilots are unwillingly exposed to each other’s memories, be prepared for some truly heartbreaking moments.

Unlike Del Toro’s two World War II set films, Pan’s Labyrinth and The Devil’s Backbone, which examined how mankind’s conflict can tear the world apart, Pacific Rim instead explores what would happen if all of mankind had to unite to stop an even bigger threat. So ultimately, at heart, it is a film about humanity’s strength, and about how, in the face of unspeakable odds, courage and unity will prevail. This makes Pacific Rim that rarest of things: a blockbuster with heart.

And although the monsters and Jaegers are the real stars of the show, the human characters are by no means sidelined, thanks in no small part to Travis Beacham’s (Clash of the Titans) terrific screenplay. Originally set to star Tom Cruise, who was going to headline Del Toro’s canned At The Mountains of Madness, the film ended up being made with no real bankable stars, which is strange for such a big budget film that is not part of a large franchise. However, Del Toro was able to assemble a fantastic group of actors who each brought something unique and original to their roles, and made you genuinely believe that, as they played their characters so strongly, the world needs to be saved because humanity is still worth saving.

And, of course, the most important thing about the giant monsters is the sequences in which they appear are entertaining to watch, and thankfully, Del Toro does not disappoint. The battle sequences look as though they were carefully planned in order to be as thrilling as possible without descending into mindless blockbuster special effects overload territory. Every details of the fights, from the flying debris to every punch thrown by the Jaegers, is fascinating to watch in its own way. And particularly breathtaking sequence which takes place in space, will make you experience a sense of awe and wonder like nothing before.

And so while it may lack the real event backdrop of his World War II films, or the darker, more horror based tone of Cronos and Mimic, it makes up for it with its sheer and absolute sense of fun and excitement, making it tonally similar to Del Toro’s Hellboy films and Blade 2. Who could possibly not feel exhilarate watching giant robots and monsters beating each other to a pulp?

Was Pacific Rim worth the five year wait for Del Toro to return to the director’s chair? In short, yes. Pacific Rim is his masterpiece, a film that is the best so far of 2013, and possibly will be the best of the year. His next directional effort, the ghost story Crimson Peak, will be released in 2015, and if Pacific Rim is anything to go by, 2015 could not come sooner.

What did you think of Pacific Rim?