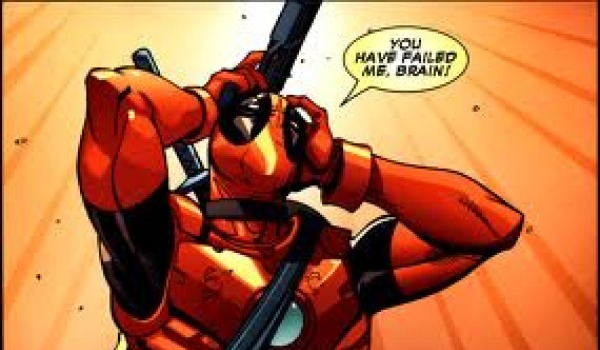 It’s a sad fact that not every superhero that has graced the silver screen has lived up to fan expectations. Maybe they were miscast, or the director made some bad decisions. What’s worse is that minor characters only get one chance on the big screen, and if the film tanks or the character doesn’t hit, then they might never get another shot to do it right.

Here are five characters that completely missed the mark in their film adaptations. 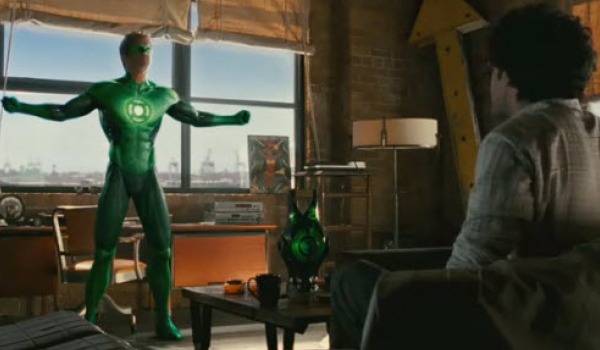 While being almost universally panned by critics, this film was not irredeemably crap. It had some appropriate villainy – a bulgy-headed Peter Sarsgaard, a monstrous black and yellow dust-ball, and a set up for the fall from grace for the most ominously named quasi-good guy of all time (Sinestro) – and was understandably a little corny due to the demands and scale of the source material.

Ryan Reynolds, the unluckiest superhero actor, just isn’t the action hero he needs to be as Green Lantern. The jokes are never well written or improvised. The clumsy “comedy” that litters most of the film’s first two acts removes the character from his oath-reciting heroic origins and forces him through a gauntlet of badly-contrived “character” moments. While being a fan of Reynolds’ comedic background, I feel he oversteps his mark in more sincere pictures (of which Green Lantern should be counted as one) by being forced to go through the motions in acting out the tomfoolery that’s expected of him.

In short, Reynolds’ take on the character just wasn’t the behemoth of power that the Green Lantern is meant to embody. The power ring is supposed to physically manifest his imagination, but there was little more to his take on Hal Jordan than spectral miniguns, campy renditions of cheap one liners, and overacted fear. It’s okay, though: I’m sure he can’t have ruined anymore cherished superheroes… 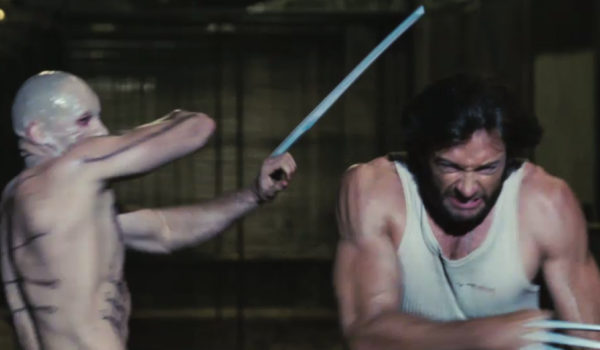 The on-screen debut of Deadpool, aka “The Merc with the Mouth” just happened to correspond with my being horrified and insulted as a paying moviegoer. Not just by the casting of Reynolds in itself, but by the reductive and frankly dumb-ass interpretation of the character. It simply wasn’t Deadpool: it was Ryan Reynolds being a douche before having his mouth sealed up and being transformed into a shiny-headed freak with enough superpowers to give Superman an inferiority complex. His swords, somehow, extended out of his arms, he had Cyclop’s optic blasts, and, with his newfound inability to speak, it looked like Deadpool would be looking for a more up-to-date nickname. For one thing, how would he break the fourth wall in the way that sets Deadpool apart from the whole rest of the Marvel oeuvre? He couldn’t and he didn’t.

There have been talk of making a standalone Deadpool picture and Reynolds has expressed interest in playing the character again, but the right way. Even so, is it too much to ask for them to make a mature rendition of the character that will satisfy the small but substantial niche of fans who’ve supported his continued existence over the last two decades. Reynolds has proven time and time again that he can play the motormouth, but he doesn’t have the streak of off-the-wall humor necessary to really bring Deadpool to life. The best way for us to get over his portrayal in Origins is probably not by casting the same freaking actor. *sigh* Inevitably, the studio will screw us again, just like they screwed Deadpool. 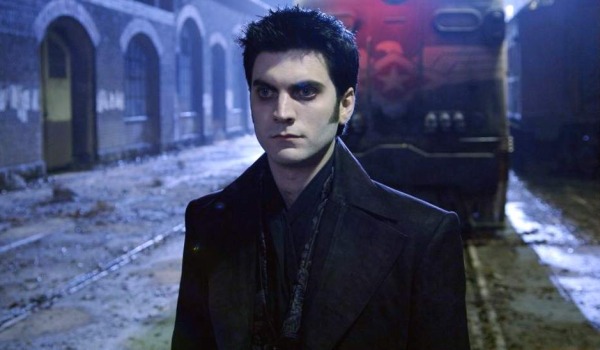 This one’ll be brief: they took a deadly, dreadlocked shadow demon and turned him into the bag-filming emo kid from American Beauty.

Wes Bentley is a fine actor, but the rules of typage – casting by appropriate appearance – have been clearly ignored here. While that can often work (heck, who’d have imagined Heath Ledger as The Joker without all that time in the makeup chair?), in the case of a hyper-stylized being from the pits of Hell, it seems like something of a misjudgment. Clearly they maxed out their CGI budget with the Ghost Rider himself, but in that case why choose such a skinny-looking dude to play the primary antagonist of a flaming-skulled biker? It’s a bit of an understatement to say, they could have looked harder. The abomination snuck quietly into the shadows as most of the focus fell on the sheer grandiose terribleness of the picture and Nicholas Cage… who is just a hero, really. Seriously, with his career trajectory, I just can’t hate the guy. 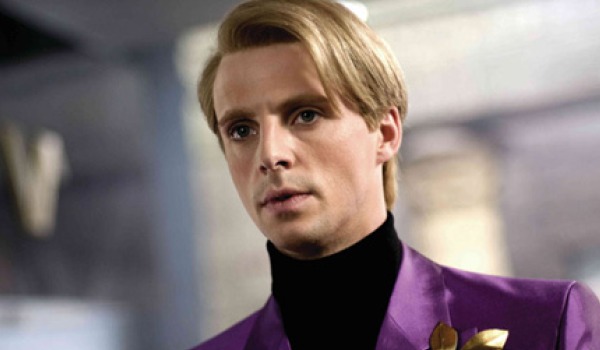 While certainly adept at playing crazy, the stick-figured and creepy-eyed Mathew Goode wasn’t suitable for the powerhouse Adrian Veidt as he appears in the Moore/Gibbons/Higgins graphic novel. I had a hard time believing that the man could challenge the combined might of Rorschach and Nite Owl the way he did in the panel, let alone catch a bullet. Sure, it’s hard to find Olympian gods who can also act, though Zack Snyder recently managed it in Man of Steel (it’s not like the character would have required the level of physical commitment Tom Hardy displayed in The Dark Knight Rises).

It’s just irritating: as much as Watchmen occasionally struggled to work on screen, there’s no denying that it looked fantastic, so this basic flaw couldn’t go unnoticed. Visually, Veidt just seemed like a flopp-haired nancy boy with a God complex (wearing suits that make Adam West‘s sartorial choices in the original Batman series look sedate) as opposed to a God-like man with a God complex. On a physical level, Nixon looked the more threatening villain, ridiculous false nose and all. 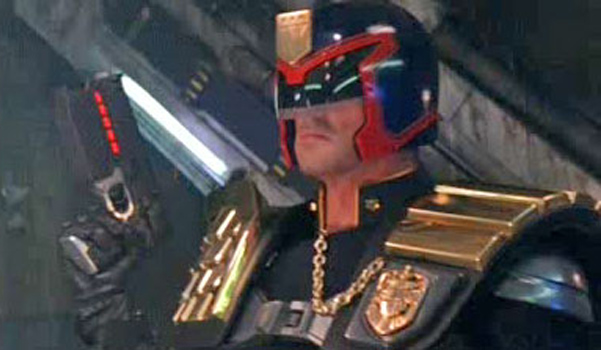 Sylvester Stallone: he could frown, but that was about it. Rob Schneider: annoying even then.

The idea of Judge Dredd being framed and disgraced might seem intriguing on paper, but it left little time to develop the character in his usual form on screen, especially at a time when he had been barely established in popular culture. The biggest sin was Stallone taking off his helmet twenty minutes into the film: Dredd is meant to be the faceless embodiment of the immutable law, but never mind, we know that doesn’t sell as well as small, muscular men with endearing borderline speech impediments. That being said, it wasn’t as poor as people have made out: it is, at least, visually a fair reflection of the comic book and it captures some of the series’ satire on authoritarianism. The character was eventually saved last year by the even awesomer frowning abilities of Karl Urban and the plot of the movie The Raid: Redemption.

Karl Urban: victor of the frown-off. Seriously, how does he make it bend that way?

Care to mount a defense of any of the poor benighted souls above? Think that Ryan Reynolds could do Deadpool justice or that Wes Bentley really was the son of Satan? Sound off below!