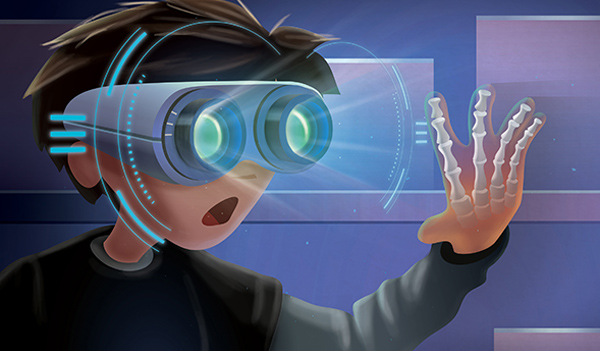 Mystery Box is an upcoming illustrated children’s book from writers Andrew Jacobson and Adam Jay Epstein. The pair have been working together for over a decade, on projects ranging from Not Another Teen Movie to their successful novel series, The Familiars. We had a chance to catch up with these two busy writers to discuss Mystery Box, which has been something of a passion project for them.

AP2HYC: Can you briefly tell us about Mystery Box (without giving away too much of the mystery)?

Andrew: When a lonely 10-year-old boy [named Daniel] is given a very special comic book from the owner of the local comics and collectibles shop, it’s not the incredible adventures inside that capture his imagination, but the ads in the back pages of the book. Treasures ranging from growbots to x-ray specs, hypno-coins to Komodo dragon eggs. The boy decides to order away for the Mystery Box, and a crate arrives on his front lawn in the middle of the night. To the boy’s amazement, the cheap novelty items all turn out to be real. Now, with real-life sea chimps, giant Komodo dragons, and a 7-foot tall Alien eye terrorizing his suburban neighborhood, the boy must turn to his workaholic father to help him stop the destruction before it’s too late.

AP2HYC: Why did you decide to tell the story in this format, as an illustrated book, as opposed to a graphic novel or other medium?

Andrew: When we started the project we actually weren’t sure what format we were going to go with. But as our collaboration with the artist, John Forearm, evolved, we started to see that as an illustrated book this could stand alongside the works of someone like Chris Van Allsburg or Michael Chabon’s children’s book. So we embraced it, and still have plans for the story to be adapted into other mediums like an interactive ebook and an app (as well as a graphic novel and for film and television in the future!).

AP2HYC: So if Mystery Box is successful, do you think you’ll continue writing similar projects, either as illustrated books or even continuing Daniel’s story? Do you see this having the series potential of The Familiars or as a standalone story?

Adam: What’s great is that Mystery Box can stand alone as its own singular story, but we did think it might be fun to spin off additional tales focusing on the individual items themselves.

Andrew: And who knows, maybe Daniel and his dad will have more adventures ahead, too. 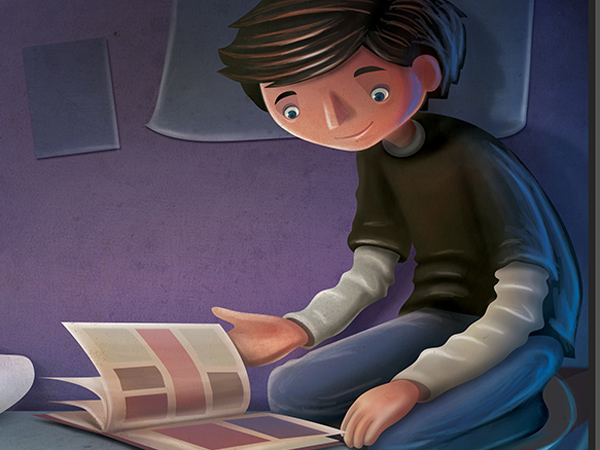 AP2HYC: What was the original inspiration for the story?

Adam: When I was a kid I had some old comic books that I enjoyed flipping through, but even though the stories themselves weren’t always that interesting the ads in the back pages were what really captured my attention. There were all these amazing products that they advertised and I wanted all of them. Of course, the stuff they were selling was just junk.

Andrew: For our story, we wondered what if the items actually worked? What if the hovercar really flew, the X-ray specs could actually see through things, and the hypno-coin could actually make people do what you wanted them to?

AP2HYC: Why did you choose to do a Kickstarter campaign for the project? How has the campaign been going?

Adam: This is a passion project of ours and we really wanted to see it come alive the way we imagined it could. We thought, what better place than Kickstarter to help us achieve that goal? There, backers truly believe in a creator’s vision and want to see it stay pure to their original dreams.

Andrew: We’re so excited to have already reached our initial goal, and now a bunch of awesome stretch goals are within reach, including free T-shirts, posters, and more.

AP2HYC: When do you expect the book to be available to the public? And where will they be able to get it?

Andrew: Hopefully the book will be completed and available by late fall. It will be available on Amazon and perhaps in Barnes and Noble. 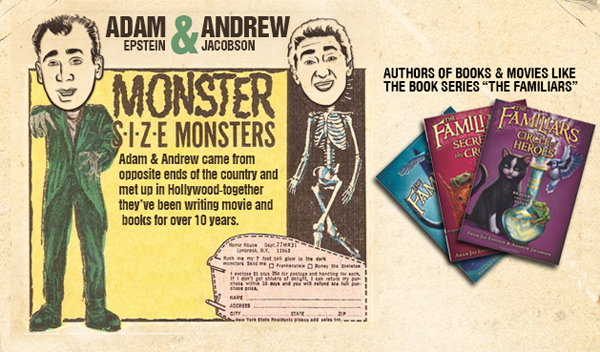 AP2HYC: You two have worked together for over 10 years now. Can you explain a bit of how you work together as a team? What’s your writing process like?

Andrew: The two of us write together– every paragraph, every sentence, every word. We even argue over commas!

Adam: We sit together in the same room, in one of our home offices, every day from 9:30 to 5. Andrew types, because he’s a much faster typer, and I sit across from him in a big comfy chair, eating snacks.

Andrew: Oft times the most difficult part of writing is having the discipline to just sit at the computer each day and write. Having a partner makes that a whole lot easier.

AP2HYC: Do you have any plans to return to screenwriting, and if so, do you think you’ll stick more to the fantasy genre or would you ever want to return to teen comedy?

Andrew: We’ve actually never left screenwriting! We’re busy at work on a pair of animated movies– one at FOX Animation and another from the director of Shrek.

Adam: Right now we’re more excited about the fantasy genre than teen comedy, but ultimately if an idea gets us both passionate enough it doesn’t matter what genre it is. 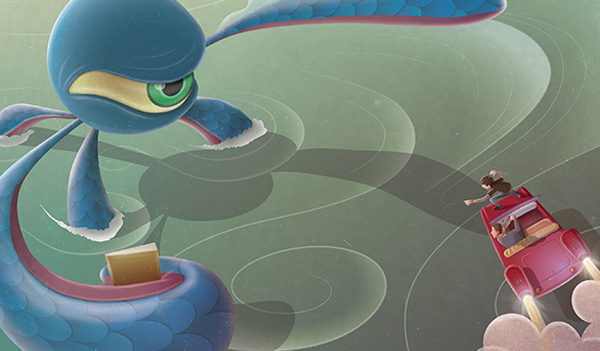 AP2HYC: Who is each of your favourite superhero?

Adam: Dr. Strange. I was always a fantasy guy and Dr. Strange blurred the line between superhero and magic in a really exciting way.

Andrew: I’ll say Spider-Man. My 2 1/2 year old is just now discovering him, and I’m enjoying revisiting all of Peter Parker’s relatable adventures with him.

AP2HYC: Lastly, as you’re publishing with Trusted Cape, I have to ask: does any character in the story ever don a cape?

Adam: No. No capes in the Mystery Box.

You can find out more about Mystery Box and other projects from Trusted Cape on their website here. For even more info, and if you would like to support the project, check out Andrew and Adam’s Kickstarter Campaign here.