Home » OPINION: The Actor Choices in Batman vs Superman 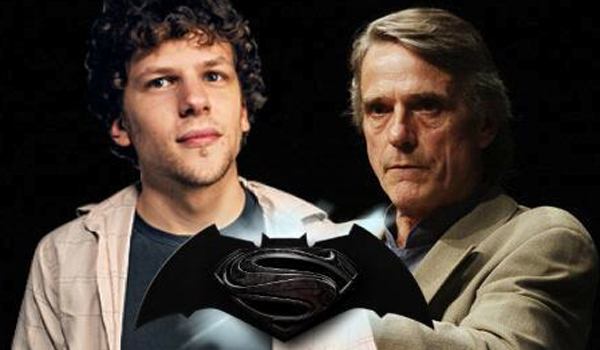 So with the final major players in the Batman vs Superman movie recently announced and most if not all facing stiff criticism, we thought we would give a run down of all the actors and the roles they have to play.  With the dust settled on Ben Affleck playing the Dark Knight we have focussed on the three key recent additions to the franchise. Many of the choices sent social media sites into meltdown as fans ventured their frustration but now that the mist of rage has passed are they really all bad? 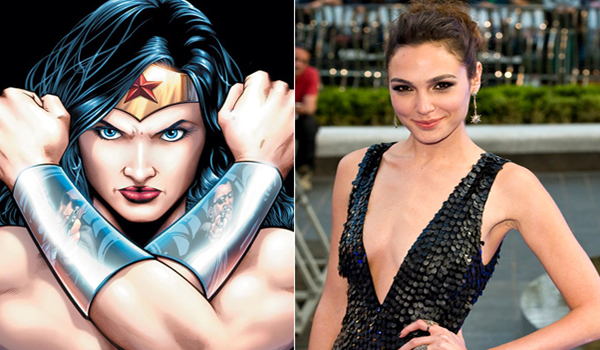 Gadot is the aesthetically pleasing choice for Wonder Woman, naturally stunning she fits the bill for the warrior princess. She may need to bulk up a little bit for the film; after all she is playing a warrior princess. She has a background in action and stunts from her time in the Fast and Furious franchise so isn’t a complete newbie but this is going to be a step up from a bit part in the background to a big time player. A lot will be expected of Gadot: Wonder Woman hasn’t been seen on our screens since the days of wonder woman in the seventies and being pencilled in for three films overall Gadot will be keen to impress. It’s unsure how much of a role Diana will have to play, but being the first time she makes a appearance on the big screen she has a sense of freedom, with no previous performance to draw comparisons too, however with several failed attempts to bring a real life version into play DC will be wary to have another failed attempted on their hands. When recently interviewed Gadot’s response to a question about not having the right psychic especially in one area she was quoted as saying:

I represent the Wonder Woman of the new world. Breasts… anyone can buy for 9000 shekels and everything is fine. By the way, Wonder Woman is Amazonian, and historically accurate Amazonian women actually had only one breast. So, if I’d really go ‘by the book’, it’d be problematic.

With that sort of attitude and wit she will bring a strong personality to possibly the most iconic female superhero.  I think Gadot’s performance won’t be judged too much in Batman vs Superaman as there will be so many other focal points, but with not many other candidates I cant foresee any problems with the casting of Wonder Woman and Gadot soon becoming a fan favourite! That being said don’t let me down Gal! 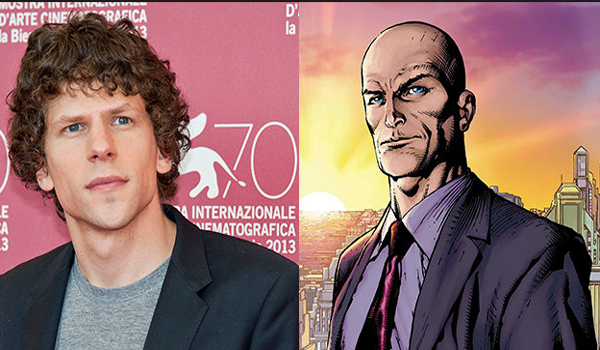 The most recent and possibly one of the most controversial casting choices, mine and many others first reaction was to vent a lot of anger! Lex is one of the most iconic villains ever to be created and unfortunately I cannot foresee Eisenberg earning this.  Apart from overcoming a public backlash that will see Eisenberg end up the same way as Krypton, he will need to create the classic villain versus hero chemistry that will be vital to the film’s success.  Can the geek that starred in Zombieland really become Superman’s main villain?

Faced with many difficulties there is one positive Eisenberg can look forward to. Lex of course is wealthy, power-mad, highly intelligent with incredible technological prowess. We know from his role in The Social Network that Eisenberg can play the intellectual type, maybe this is what the casting panel saw in him? They have stated that Lex is beyond the confines of any normal villain and that they were looking for someone who could take him into new and unexpected directions. Eisenberg definitely has the ability up his sleeve. Could he be an unpolished diamond that will steal the show? Often depicted in the comics as a wealthy businesses man, Luthor began his evil role as a mad scientist ( with a full lock of red curly hair very similar to the style Eisenberg has). Perhaps they are returning Lex’s roots (pun intended)?

I think we need to give Eisenberg a fair crack at the whip and give him the opportunity to impress us. If he can overcome the geeky feel and take up the mantle of an arch nemesis, this could be a make or break Eisenberg’s career. 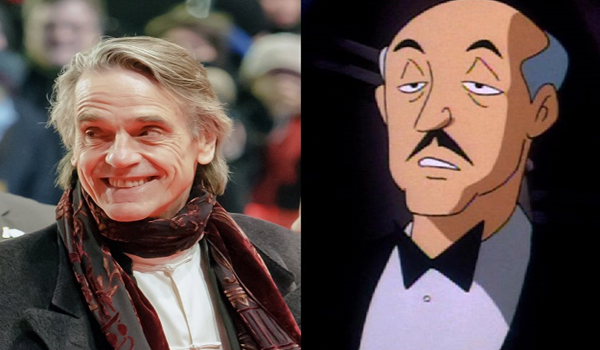 Out of the three recent announcements, this is possibly the smartest one. As we all know, Alfred J. Pennyworth is the influential lynch pin behind Batman. Always there, he creates a foundation that allows Bruce Wayne to step up and become the legend and such roles cannot be taking lightly. For such a role we need a veteran who can command the respect of Batman. Enter Jeremy Irons. It is no surprise that the casting of Irons hasn’t faced  much criticism and why should there be? He is a veteran in the film industry with a career spanning over 40 years. Alfred is often portrayed as the ultimate father figure and mentor. The Academy-Award-Winning Irons will have a big role to play in guiding Bats through another crises in his dark life.

So thats our thoughts on the matter, what do you think? Have they made too many casting errors? Who would you have cast in their places? With so much controversy surrounding the film already Warner Bros must have some script! Lets hope they can do the story some justice!