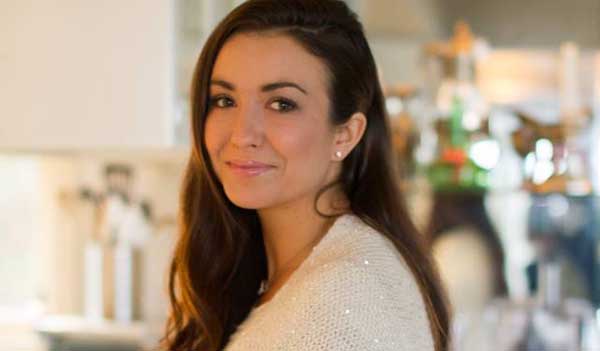 Marvel has the movies; DC, the TV series, and now to tip the TV balance further in DC’s favor, we have Nightwing: Prodigal. A four-episode webseries based on a fan film by wrestling star Brady Roberts, Nightwing: Prodigal would be our first feature-length, live-action experience with the former Dick Grayson.

Today we talk to Jess Racz who plays Theresa Thompkins, an original series character and love interest for Nightwing.


AP2HYC: What’s it like playing an original series character? What are the benefits/challenges?

It’s exciting! There are no boundaries set by anything from the past, so you can really have fun. The main benefit is that I can help create her – that’s a huge honour. It was so interesting to create this new character, I honestly didn’t face any challenges bringing Theresa to life!

AP2HYC: How would you describe the character of Theresa Thompkins?

Theresa is a very intelligent woman. She had a strong female role model in her mother growing up, and that made her very independent. Theresa is smart, interesting and elegant.

AP2HYC: How does working on a web-series compare to other acting work you’ve done?

The acting and performing part of it wasn’t too different from television work I’ve done before. The main difference is we get to be more involved! Because it’s a smaller team putting it together we can all keep in contact about everything, and I feel much more absorbed into the entire process of the series

AP2HYC: How did you first get involved with the project?

I was on set for a music video in Vancouver and my makeup artist and I really got along. She told me she thought I was right for this upcoming project, and I was instantly intrigued by the female characters in the story. She was a friend of Brady’s and called him on my behalf, then we met the next day and he cast me in the series!

AP2HYC: Were you a superhero fan growing up?

Hugely! I love the worlds that are created in these stories, I get so absorbed in them and I feel so excited to be a part of one. I’ve been obsessed with every X-Men story, every Batman story, now the Nightwing story… The list goes on, I can’t help but get drawn into them! I particularly love female super heroes and hope we keep seeing more of them, they are great role models for young girls and I’ve always looked up to their strength

I have to go with the first X-Men movie. All of the characters coming together for the first time always makes me want to watch them all back to back, I get absorbed into that world and just want to be in it for hours on end.

AP2HYC: What do you think would be the best/worst superpower to have?

I think the best superpower would be to be able to absorb other people’s powers (like Peter Petrelli from Heroes). Once you are near them you have that power forever, and there is no limit to what you can do. The worst would be any power that you don’t control, anything that is triggered by emotion or feeling rather than you directing it.

AP2HYC: Any questions you wish we’d asked you?

Which superhero I would most want to portray! My answer would be Firestar or, of course, Wonder Woman.

Nightwing: Prodigal is currently aiming for an April 2014 release. You can find out more about the series on their Facebook page, including set photos and updates on the release!