Home » 6 Things We Want In The Venom Spin-Off 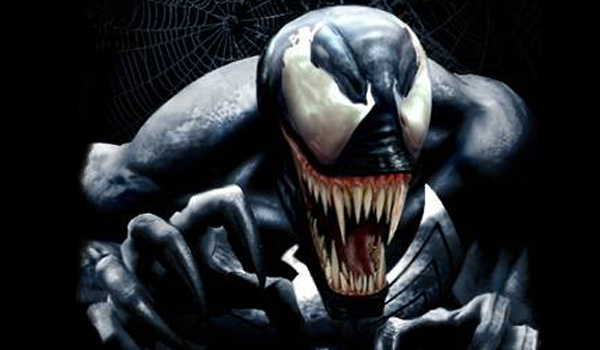 Hello True Believers! I hope everyone’s not too spent with The Amazing Spider-Man 2; because that’s just the tip of the iceberg – and boy do we have an iceberg on the horizon! Put all those pesky No. 6’s, tentacle arms and vulture wings to the back of your mind (and Rhino mech-suits *shudders*), because one character’s getting all the spotlight to himself – Spider-Man’s symbiotic, host devouring, bad-ass: Venom!

Back in December, Sony confirmed a solo Venom outing via an official press release, alongside their plans of the web-slinger’s future adventures; with writing duties being given to Star Trek/Transformers scribes Alex Kurtzman, Roberto Orci and Men In Black writer Ed Solomon, with Kurtzman attached to direct.

Venom since his first solo comic debut in 1993 has gone on to spawn numerous symbiote copycats, has led one of the largest scale super-villain prison break outs, and has even been on the CIA’s payroll and even an Avenger! (sort of) while constantly killing many innocent bystanders in the process… So what do we want from his first ever solo cinematic debut? 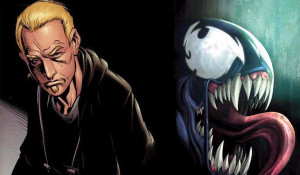 In Sam Raimi’s original Spider-Man trilogy, it felt like it was quite heavily rooted in the comics of the 60s, and this new Spidey era seems more in the vein of the Ultimate comics from the early 2000s; and with all this  mystery building of the loss of Peter’s parents, I can’t imagine a better way to introduce the symbiote/Venom.

You see, in the Ultimate universe of Spider-Man, the symbiote was created as a cure for cancer by Peter’s father, collaborating with another scientist, Eddie Brock Senior. When they found out their research was going to be used for military purposes, they tried to put a stop to it, which eventually led to both of them being killed off in a horrific place crash (sound familiar, recent cine-goers?). This leads Eddie Brock’s son, Eddie Brock Junior down a path, with the only known sample of the suit left in his possession, to uncover the truth.

We’ve already had the original alien rendition on-screen (poorly) in Raimi’s over-crowded Spider-Man 3 and throughout The Amazing Spider-Man 2, keen detectives should note that the phrase ‘Spider Venom’ is thrown around at some very key and important points, and by the end just being referred to as Venom! (*strokes imaginary beard* Interesting…)

Also in the film, with the Osborn family curse, and Peter’s genetics being the key to making the Spider Venom work, this all starts to gets very suspicious in regards to a possible black Spidey suit, and the eventual birth of Venom; so I say ultimate take all the way!

5. A Force To Be Reckoned With (Someone Needs To Be Eaten!) 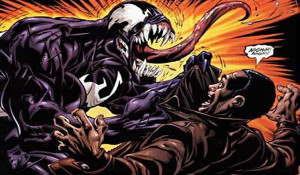 Now I’m not saying I want Venom to eat somebody’s brains on-screen, like in “Venom: The Hunger”; but really making Venom a tour de force performance and including some of the primal aspects of the character could be a load of fun to watch.

His movements should be more animalistic, running on all fours, jumping from building to building, web-slinging, and multiple symbiote arms coming off him. Make everything about him quick and dangerous.

Some of his more odder traits like the power of the suit feeling like a drug, the paranoia, and its reliance on phenethylamine, a chemical found in the human brain that the symbiote needs to survive; and really emphasising the jealousy and rage of Eddie Brock under its influence which doesn’t involve dancing down a street (black eyeliner optional) will really help show audiences that this isn’t the same Venom that we were sadly given a few years back. 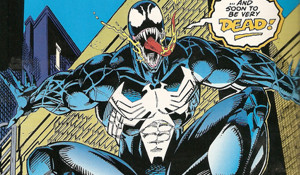 We want the grin. We want the teeth. We want the tongue…and the big white Spidey emblem would be a bonus! Venom’s signature smile with all those pearly whites is his No.1 attribute and getting to see it on-screen for more than 30 seconds would be great. Just imagine being a mugger down a dark alleyway and seeing that come towards you.

It’ll be cool to also see the symbiote use its camouflage skills just like in the Spiderman: The Animated Series and in the comics and morph into their hosts’ clothes when they’re not suited up, something we’re yet to see on the big screen – which makes it super practical and time-saving, meaning you never have to take it off, whilst also allowing it to slowly consume you and take over your mind and body (there’s always a con…). It’s this gimmick that makes the symbiote one of the best costumes ever in my mind!

A gentleman connoisseur of all the things pop-culture has to offer, with a heated passion (and an empty wallet) for all things toys! Especially, for giant transforming robots and sewer dwelling mutant ninja turtles, with a little He-Man for good measure.