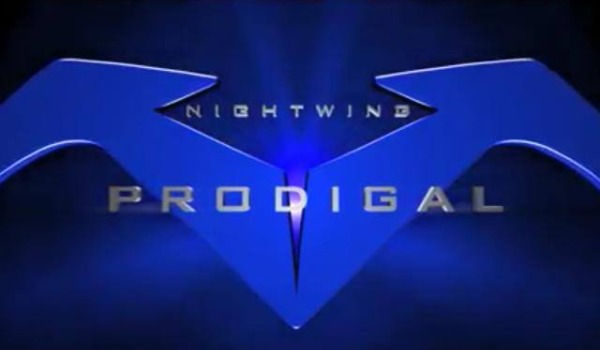 Nightwing: Prodigal, the eagerly awaited fan web series, is out now. Our review is up soon, but in the meantime, we caught up with JD Buzz, director of the fan trailer which was developed into the series, co-writer (with Brady Roberts) and VFX whiz of Nightwing: Prodigal.

Congratulations on directing the trailer which kicked off this project. It’s amazing the quality of the look you pulled off with such a short time and budget. Where there any specific challenges to overcome?

Thank you for that compliment; I’m glad you enjoyed it! The original trailer was an interesting one in that we didn’t have a full story written when we began shooting- we only had a script outlining the scenes you see in the completed project. So in doing that we had a serious lack of context but that allowed our imaginations to wonder and gave us a lot of creative expression in coming up with these character’s motivations and emotions on a scene by scene basis. We knew Batman was gone, we knew Nightwing was in trouble, but other then that and the many comic references we kind of made it up as we went.

One interesting thing about shooting the trailer was how spread out the shooting dates were – we originally wanted to shoot all of it in one weekend but that proved challenging and unrealistic with the time and budget constraints we had, so all of the fight sequences, as well as the Bane, Catwoman, Harley, and Red Hood sequences were all shot months later in a medium sized industrial warehouse which served as our makeshift sound-stage.

A specific scene that was a challenge was the opening/closing scene where Nightwing is being held and beat up which leads to the Joker’s appearance. It was the last scene we shot during the first phase of shooting and by far the most unpleasant. It was the middle of the night and it was -30C outside. We didn’t have the time to light properly – to the dismay and continued peeve of our wonderful DP, Chase Gardiner– we were all exhausted, and Peter Daly‘s (Joker) costume shoes were so thin that his feet began to freeze and as a result the poor man had trouble walking during the scene. It was a mess – and part of the reason we bumped shooting the other scenes till a later date.

You played a role in setting the tone and look for the trailer- did you get involved in doing the same for the series?

The tone was something Brady had in mind since the project’s inception – he wanted something that would appease the fans, be loyal to the subject matter, and of course be fun. The look developed was really the love child of Brady’s imagination and the skills of Chase. My main influence in the look was summarized in my direction to Chase: “Backlight, lots of backlight! The blacks be black and the whites be white!”. There are a few scenes which were definitely rushed but the scenes shot at the warehouse really shine, so to speak.

In regards to this new series, I wasn’t involved at all in the shooting or on set work – although I wish I would have been able to. The series was shot in Vancouver and it wasn’t feasible for me to fly from Edmonton, AB, to Vancouver on a regular basis on the budget we had.  The look for the series was entirely developed by Kyle, the director of the series, and the DP Bruce.  My main role would have been in the writing aspect.

Let’s talk writing. As a co-writer on the series, what were your biggest influences? Any particular storyline or run?

What’s great about writing this series is that all the hard work was done for me! Brady had already written the majority of the story in which you’ll see in the final series; but they were essentially treatment scripts. Really quite bare in regards to dialogue sequences and detailed character action. So I went through and fleshed them out so to speak; added more dialogue & descriptive action, and really tried to work the with dynamic between Oracle and Nightwing. Their relationship is such an odd one that it allows for a lot of awkwardly comedic moments but also leads with some really deeply seeded emotions.

Without spoiling anything; this series is not an origin story. When we meet these characters they are already in full swing crime fighting and investigating mode searching for clues about the missing Bruce Wayne. You can liken the style of story telling as if you were to pick up a brand new comic book that you’ve never read before- but the issue you’ve picked up happens to be issue number 40, and you don’t know exactly how these characters got to where they are, and the universe is already established, but you’re along for the ride.

In that respect there are so many hints and references to character pasts and hints to their possible future that I really hope fans will pick up on and enjoy. We didn’t want to emulate the Dark Knight movies too much in the sense of making this universe so grounded in reality that these events could actually happen. The original trailer, as with the series as a whole, is more an interpretation of a comic book in the flesh verses a grounded real-world adaptation. We really wanted to incorporate the best of all of worlds so to speak, so you’ll see nods to the Christopher Nolan films (most notably the Tumbler as our Batmobile), Tim Burton films, even to Joel Schumacher‘s Batman Forever, (not Batman and Robin; put those pitchforks down), as well as a few references to, and emulations of, the original 1960s Adam West Batman. We really wanted to make it fun.

In regards to influences; I’m actually not a huge comic book reader to tell you the truth (seriously, hold the flaming torches and pitchforks please) however I do have a great appreciation for their work as art and storytelling vessels – my writing backgrounds and influences stem from a filmic & cinema standpoint more than anything else. Brady on the other hand is the comic book nut; he would always be quick to correct something I wrote (ie, a line, action description, location, etc) if it did not fit within the universe established.

For example I wrote an entire storyline that included cloning with lots of twists and turns and Brady quickly slapped me on the wrists telling me I was taking too much creative freedom with the material! However, (again without saying too much), the way we ended the series definitely leaves room for expansion and more adventures…  So you may see that cloning storyline weave it’s way back into the series! But who knows that the future will hold;  it really all depends on fan demand.

Nightwing’s got an awesome rogues gallery. How did you go about picking the characters you did? Are there any you’d like to cover one day?

We have so many characters in this series it’s hard to keep track sometimes. As this was to be an already established universe, Nightwing’s interactions with these villains are clearly not the first time he’s had to deal with them before – with the exception of a few of course. Establishing that allowed us to skip over the introducing and telling (or retelling) the origin stories of these villains and instead have Nightwing interact with them in a way that progresses his story and his objectives in a timely manner.

Of course, that doesn’t mean we brush the characters off as superfluous; on the contrary, Nightwing has to face unique challenges with each of them and in doing so uncovering clues as to the whereabouts of Bruce Wayne and perhaps uncovering something bigger than anyone expected.

You’ve worked on the visual effects for the series. How have you managed to deliver such an awesome look on such a low budget? Any tips or tricks? Did you write around the budget, or write whatever you wanted and then aim to do it as best as possible?

I definitely tried to make sure that the scripts were written in such a way to minimize the use of VFX and instead stick to as many in camera sequences as possible. Part of this was budgetary but part of is was also the fact that I wouldn’t be able to be there on set to supervise the effects shots. To tell you the truth, after photography had wrapped, when I got the files to clean up the edit and work on the VFX all of the budget had dried up and been spent on shooting the darn thing! So that made it even more challenging as we had no budget for post but I was also the sole VFX artist. Because of those limitations we narrowed the effects even to act more as enhancements than full out effects. That being said, be sure to be on the lookout for the Tumbler (which is fully CG) – as promised in the trailer it makes an appearance; quite an important one at that.

What’s next for you, after this series?

In the short term, mainly finishing our other fan films mock trailers we shot about a year ago but haven’t gotten to: Star Wars: Darth Bane: Path of Destruction, and Gremlins: The First Batch – both of which Brady makes an appearance in. I’m also currently in post, specializing in pipeline visual effects, and in addition to that I’m working on writing a few different feature films, which I plan to shoot over the next several years and seek distribution for. Keeping busy that’s for sure!

New episodes of Nightwing: Prodigal are now being made available on YouTube on a weekly basis. You can watch Episode 1 (“Take Back the Night”) here. Let us know what you think here on the site or drop us a ine on  Twitter!