Home » 6 Things We Learned From The Avengers: Age Of Ultron Trailer 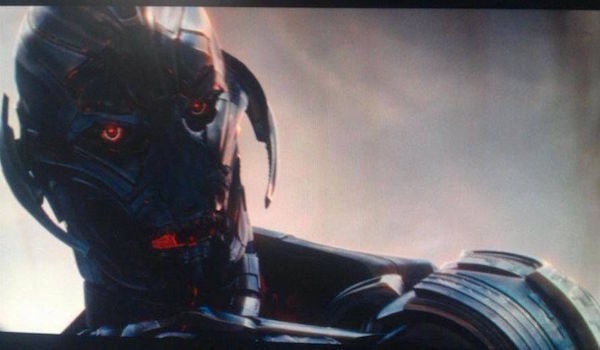 Although the Avengers: Age of Ultron trailer was not set to air until next week’s episode of Agents of S.H.I.E.L.D., some brave souls managed to leak it online last night. What was Marvel’s response? “Dammit, HYDRA! – Oh, and let’s just release the trailer in HD.”

That’s right. Rather than blow a fuse over the trailer being leaked a week early, Marvel went above and beyond and actually re-released the trailer in its high-definition glory. Not even a day later, the video has achieved over 7 million views on YouTube (I’ll admit that at least half of those views are probably from me). After watching the trailer for the umpteenth time, here are six things we noticed that are worth mentioning.

6. It’s Going To Be Much, Much Darker 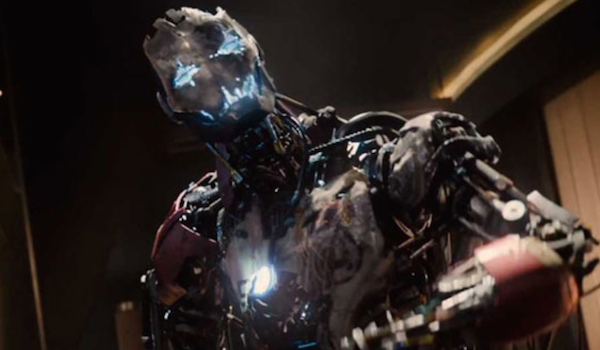 A common complaint about Avengers Assemble was that it was too comical and light-hearted. But then again, that’s typical for Marvel and director Joss Whedon. Although many fans enjoyed the humor and brightness of the first movie, it seems that Marvel Studios is going for a darker tone this time around. The trailer for the first film got your heart pumping and had you cheering in your seat as the camera panned around the heroes. This trailer, while still exciting to watch, almost looks like something you would see for a horror-thriller movie. Adding to this effect is the song “I’ve Got No Strings” from Disney’s Pinocchio, which plays at a hauntingly slow pace that is enough to make the hair on the back of your neck stand up. There will be the traditional Marvel humor, but it’s not going to be as prominent as it was in Avengers Assemble or Guardians of the Galaxy.

5. James Spader Is Perfect For Ultron 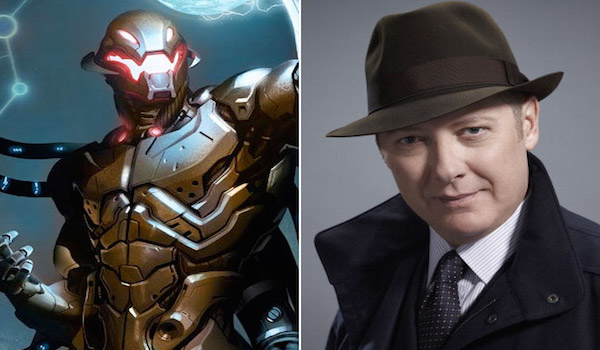 Ultron is a more complex and more sinister villain than Loki, and I cannot stress enough how amazing James Spader‘s voice sounds in the role When I first saw the casting choice, I was definitely hesitant. I only recognized Spader’s work in comedies such as the 80s film Pretty in Pink and the U.S. version of The Office. I just couldn’t see him in this kind of role. Then I saw the trailer and it blew my mind. Spader has that unique voice and manner of speaking that is both recognizable yet completely unsettling. Looking back on his earlier roles, he always did have that underlying, creepy quality to his persona. The motion capture and vocalization for Ultron really captures it well. The darkest, most unsettling moment of the trailer is at the very end when Ultron recites the last few words of the song and utters, “there are no strings on me…”

4. This May Be The First Step To Civil War 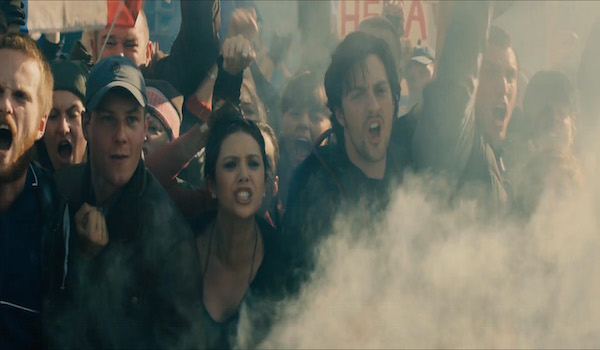 Recently, Marvel announced that Robert Downey Jr. will be in Captain America 3, and that the film will borrow elements from the Civil War storyline. For those who are unfamiliar with that arc, it essentially boils down to this: the government wants to regulate superheroes by forcing them to register their identities and to work as glorified police officers. Iron Man spearheads the registration while Captain America commands an anti-registration group, leading to a full-blown civil war between the superheroes of the Marvel universe.

A popular theory going around is that Avengers: Age of Ultron will be the catalyst for the superhero registration in the Marvel Cinematic Universe (in the comic book, the registration is instituted after a fight between several superheroes and villains leads to an explosion that kills over 600 people, many of which were children). Tony Stark will be responsible for creating Ultron in this film, possibly because he no longer wants to be Iron Man and decides to build a drone who can act in his place. Ultron ultimately causes mass death and destruction, which could lead to the public turning against the Avengers and blaming them for the disaster (even the rest of the team may blame Stark; in one shot of the trailer, we see Thor pick him up by his neck in anger). Just like that, we have a nice streamline into the citizens and the government forcing superheroes to become public servants.

3. The Hulkbuster Makes An Appearance 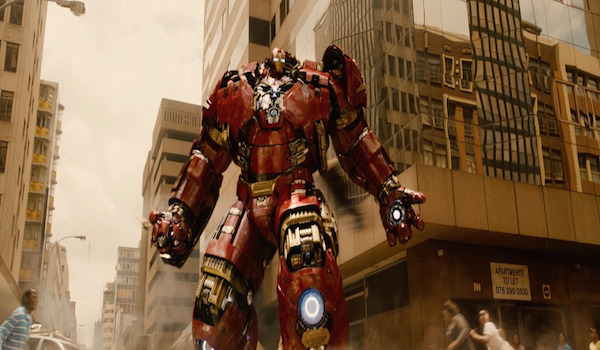 Iron Man has many armors, one of which is dubbed the “Hulkbuster”. Can you guess what it’s for? Yep. It’s specially designed to be a juggernaut capable of going toe-to-toe with the Hulk in case he ever goes rogue. We saw an homage to the Hulkbuster in Iron Man 3, but fans were deprived of the true beauty of this epic armor. In Avengers: Age of Ultron, we’re going to finally watch it come to life. The trailer has a few moments where we see the armor fighting the Hulk (the Hulk having the upper hand in the battle), which raises a question: why are they battling? The most probable answer is that the Hulk did indeed go rogue and Stark is trying to stop him. But in Avengers Assemble, we saw that happen already. Is Marvel going to recycle that plot element once more? Well, the trailer may shed some light on that answer because…

2. Quicksilver & Scarlet Witch May Be Villains 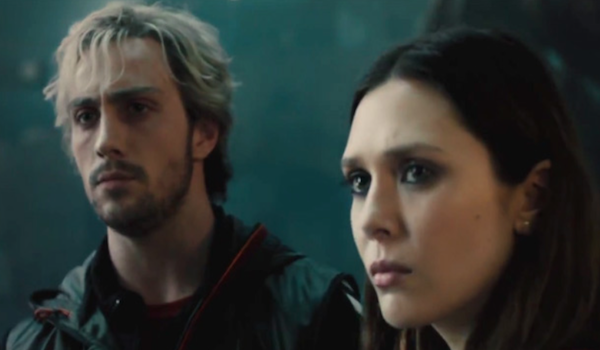 We first saw Quicksilver and Scarlet Witch in the mid-credit scene of Captain America: The Winter Soldier where they were being held prisoner by Baron Wolfgang von Strucker. Throughout the trailer, we see the twins demonstrating their powers (Quicksilver has super speed and Scarlet Witch is a powerful telekinetic), but there is also a brief shot of them following Ultron into a decrepit building. Does this mean that they are in a partnership at some point? I think that Ultron will somehow convince them to follow his lead and join his coalition to destroy the world and/or the Avengers. On the way, Scarlet Witch might use her psychic powers to “shut-off” Bruce Banner’s ability to control himself in the Hulk form, which leads to him going crazy and forcing Stark to don the Hulkbuster armor.

1. Vision Will Be A Surprise 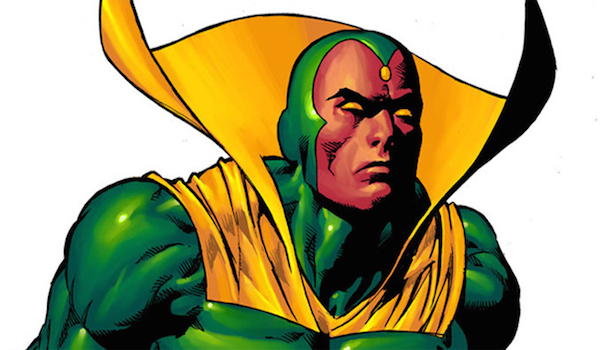 The trailer showed us a lot, but one of the things it forgot was Vision. There were many discussions over the past few months regarding Vision’s portrayal in the film. We knew that he would be played by Paul Bettany, but what raised some questions was the fact that Bettany also voices Stark’s A.I. butler, Jarvis (in the comics, Jarvis was a living human being rather than a sentient computer program like in the films). There are two ways that this can play out in the film: Stark creates Vision to help fight Ultron, or Ultron creates Vision to follow his bidding, but he ends up turning against his creator and fights for the forces of good. Since Vision was not featured in the trailer, I think it’s safe to say that he will not come in until the climax, where we will see him kick ass and take names alongside the rest of the Avengers.

There is no doubt that Avengers: Age of Ultron will be the biggest movie of 2015, and possibly the highest grossing of the entire Marvel Cinematic Universe. While we’re happy to finally see the trailer, it only makes us more anxious and impatient to see the actual movie, which won’t come out until late Spring. I’m confident that the film will be worth the hype and that it will exceed our expectations.

What did you think of the trailer? Was it everything you could’ve hoped for? How many times have you watched it? Let us know in the comments or shoot us a message on Twitter.