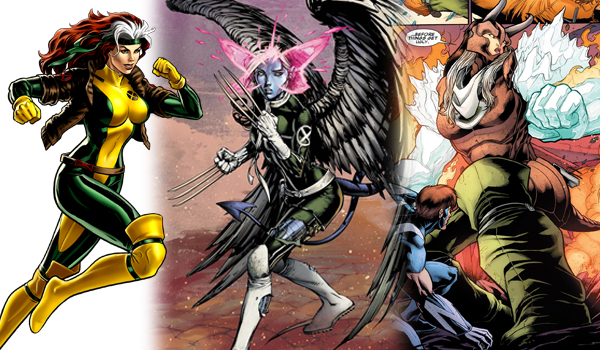 Lists of the strongest women in the Marvel Universe proliferate the Internet. I’ve read two of them on this site alone. Everyone’s entitled to their opinions, but I noticed a common theme of the X-Men mutant Rogue being ranked low or completely absent from these lists. While popular culture can be blamed for these misjudgments, a comparative discussion of the Marvel Universe should primarily incorporate the original source of all things Marvel, the comic books themselves, but few people have the time to keep up with the multitude of titles and all the character developments over decades. Therefore, allow me to present a case for Rogue: why she is undervalued and why updating preconceptions to her current image would surely put her in the running for Top 3 of anyone’s lists.

Rogue is a mutant with the ability to temporarily absorb the memories and use the powers of anyone she touches. Depending on the duration of contact, the victim can experience slight weakness to going involuntarily comatose. There is huge potential here, but Rogue is probably best remembered as she was presented by Jim Lee in X-Men #1 from 1991. Back then, she had “permanently” absorbed the powers of Ms. Marvel, and it is her strength that Rogue is generally judged on. Despite the fact she had changed costumes many times since 1991 and lost her Ms. Marvel strength and flight over a decade ago, the girl with the big hair, short bomber jacket, green headband and yellow spandex is still the default image when you look up Rogue on Wikipedia. As recently as 2012, the Facebook video game Marvel: Avengers Alliance added Rogue to its roster but with this same outdated costume and power set so while unfair, it is somewhat understandable when list-makers rank her low or not at all.

In a 2002 alien invasion story arc from X-Treme X-Men, Rogue had her powers unlocked thus being able to recall and use multiple powers all at once. Think X-Men villain Mimic except not being limited to five powers at once. She alone held off the invasion simultaneously using Wolverine’s claws, Colossus’s skin, Cyclops’s beams, etc., while the entire rest of the team proceeded with their stealth mission. Several issues later, she lost all her powers, including her iconic flight and strength, leaving her with just her base mutant power, but with this glimpse of her full potential, it was inevitable that Rogue would eventually be “cured” a couple years later by Professor X giving her full control. 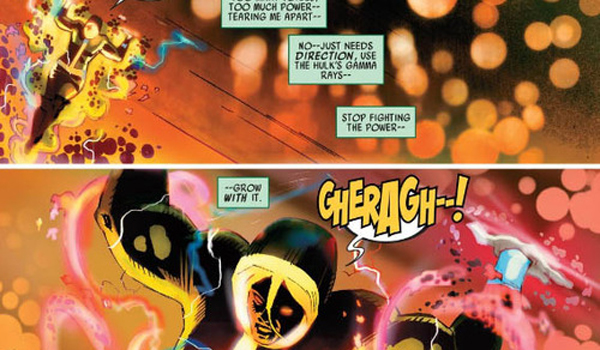 This is a sample of what Rogue can do now. In Uncanny Avengers #21 published just this summer, she was called upon to absorb all the powers of the Avengers and the X-Men to stop Exitar, a Celestial Executioner, you know, one of the 2,000-foot space gods from the beginning of time who created life on Earth and wiped out planets, which it could do on a whim if Rogue, the STRONGEST WOMAN IN THE MARVEL UNIVERSE, wasn’t holding up its foot. If you are to judge Rogue merely on a snapshot from twenty years ago, then this snapshot is equally valid but far more up-to-date. Let me clarify that the Rogue of now (pre-Wonder-Man powers) locked in a room by herself probably couldn’t move a loaded bookshelf and could die from a simple brick to the head, but her potential is unmatched.

A few lists rank Marvel Women by strength of character rather than physical strength. Certainly, alternate Rogues have not done the true Rogue any justice. The X-Men films presented a weak-willed, constantly victimized Anna Paquin who ultimately cops out by taking the mutant de-powering drug in X-Men: Last Stand. In cartoons and her commonly accepted image, she is remembered as a large-chested Southern belle, a fickle-hearted bad-boy chaser who can’t shake her obsession with Gambit, Magneto, or even Cyclops depending on what version you’re viewing. For all the criteria upon which one’s character can be judged, let’s consider a few biographical facts of the original comic-book Rogue.

She was raised by two super-villain moms, Destiny and Mystique, and debuted as a member of the Brotherhood of Evil Mutants, but despite that, she chose to side with angels and joined the X-Men. She often appeared weak and helpless struggling with the absorbed personalities trapped in her head, but you can always tell which one is Rogue herself, a testament to a strong character that discerns itself from others rather than becoming an amalgam of them all. She harbored and came to terms with guilt she felt for stealing the livelihood of Carol Danvers/Ms. Marvel. She led her own team of X-Men which consisted of villains on probation and previous X-Team leaders (Cable and Mystique taking orders?!?). She stopped a war between two unknown alien species after Phoenix Five Magik dropped her into the middle of it without warning. Cyclops entrusted her to watch over the all-important “Mutant Messiah” Hope Summers, but Rogue then stood firm in her moral values and rebelled against Cyclops when his actions became too tyrannical. Few others in Marvel, men or women, have had the nature of her challenges and still emerged as highly respected by their peers as a person of integrity, bravery, reliability, honesty, morality, forgiveness, in short, “character.”

There will be debates till the end of time about who’s stronger than whom, and the opinionated arguments will largely be based on how much a fan you are of whom you’re arguing for so indeed let’s say if you follow She-Hulk and not Rogue, you’d argue She-Hulk was stronger. I implore list-makers to research more recent history before writing off Rogue so quickly. By the way, Rogue defeated She-Hulk in X-Men Legacy #266.

Does Rogue make your Top 3 list? Do you think Rogue gets too much credit? Not enough? How would you measure “The Strongest Women in Marvel?” Sound off in the comments below or send us your thoughts on Twitter!