3. What Is It Good For? Absolutely nothing! 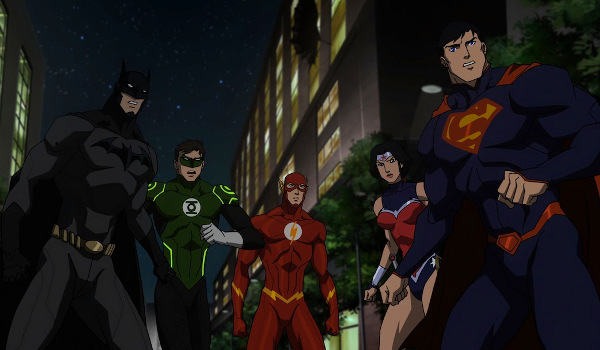 I’ve talked about Justice League: War already. So if you want to read my review, you can do so here. No pressure. Juuuuust gonna leave it there. Read it if you want. Or not. No skin off my nose. Do what you like. I don’t care. Honestly. *Coughs nonchalantly*. Seriously though, no pressure.

Still, I think this abomination of a film deserves another whacking, don’t you? From it’s borderline plagiaristic story (seriously Joss Whedon, I’m willing to testify on your behalf. I can name names and point fingers!), to it’s incredibly irritating characters, JL: War is a great example of what NOT to do in an animated superhero film. I’m still looking for that “Food” franchise they advertised in it.

2. You Can Put Anything On A T-Shirt These Days

Do you even need me DC? Because you seem to be doing a great job of making yourself look stupid. I barely need to do anything. I mean, did nobody in that company look at the women’s shirts that say “I’m Training to be Batman’s Wife” and think: “Hey, maybe- MAYBE, this isn’t a good idea? It might be construed as… what’s the word… mexist? No, that’s not it. Dexist? Still no. Oh! I’ve got it! Sexist! These shirts are incredibly, awkwardly, mind meltingly, eye poppingly, brain bashingly SEXIST! Maybe we shouldn’t sell these!”.

But no. They did sell them. That, and the t-shirts that have a picture of Superman making out with Wonder Woman with the caption “Score! Superman Does It Again”. Tell me DC, and… be honest. Are you run by monkeys? Because that seems to be the only explanation for such horrifically sexist clothing in 2014. 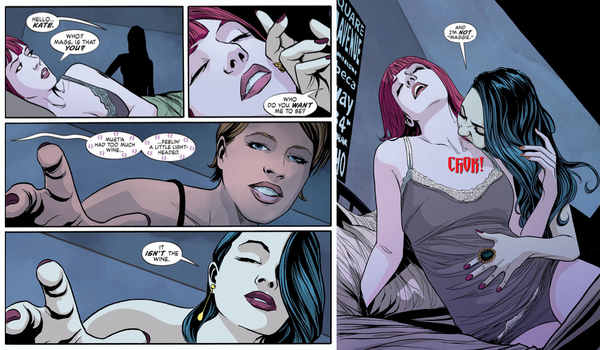 No jokes this time. No hyperbole. No exaggeration. I’m going to tell you some facts. And I’m not going to tell you my opinion on them. I’m just going to let you draw your own conclusion, based on the evidence presented before you. So here goes.

Batwoman, a.k.a. Kate Kane, is a lesbian. She was in a long term relationship with another female character. The creative team behind Batwoman,  J.H. Williams and W. Haden Blackman, wanted her to get married. DC said no. Why? Because, and I quote: “heroes shouldn’t have happy personal lives”. Williams and Blackman left the comic and a new creative team was brought in. A year later, they break the characters up. That same issue, Kate is mind controlled and raped by a female vampire super villain.

What do YOU think of this list. Was 2014 a year of regret for DC or a year to be remembered? Sound off in the comments or send us your thoughts on Twitter! Happy Sodding New Year.