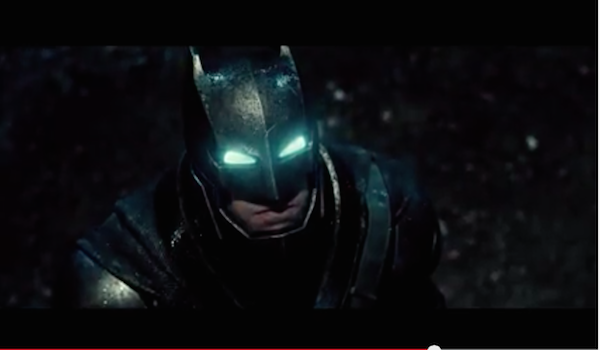 Looks like Warner Bros. followed Marvel Studios’ way of handling a leaked trailer and said “Screw it – let’s just officially release it!” After waiting for what seemed like forever for the trailer to hit, fans finally got their first dose of Batman v Superman: Dawn of Justice. But was it worth the wait? Check out the trailer below and see for yourself.

I’m going to be honest here: it’s a little underwhelming. I’m not going to immediately write this movie off because of this teaser. That’s not fair at all. Plus, we still have an entire year until its release. However, this didn’t exactly make me anxious to count down the days until the feature film is released. Instead, I’m shrugging my shoulders and saying “neat”.

When the first trailer for Avengers: Age of Ultron hit, I was freaking out because I didn’t think I could wait for months to see it in theaters. This trailer didn’t do that for me. I’m not trying to start a Marvel Vs. DC debate at all; I’m just saying that Marvel did a better job at getting me excited with its teaser.

The trailer seems to show more focus on Superman rather than Batman, which I guess makes sense since Supes has already been established in this DC Cinematic Universe. But since we’ve already seen what this new Superman is like, you’d think they’d give us a little more with Batman, or at the very least the other long-awaited characters like Aquaman, Wonder Woman, or Lex Luthor. From what I’m seeing, it appears that Batman v Superman: Dawn of Justice is going to be Superman-focused with a fair amount of credit going to Batman. This reminds me of what’s being planned with Captain America: Civil War and how it’s going to split up screen time between Cap and Iron Man. 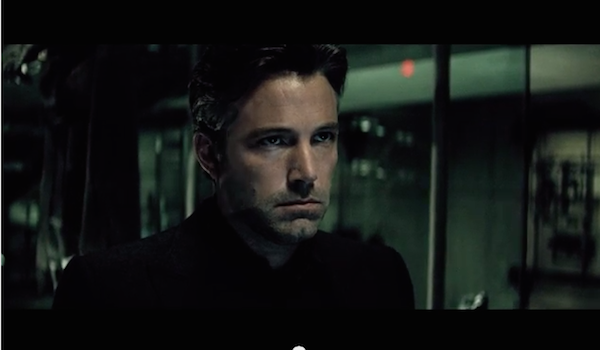 One of the hottest debated topics about this film is in regards to Ben Affleck‘s casting as Bruce Wayne. I give actors the benefit of the doubt. I think Affleck could really knock it out of the park, especially considering how much he’s grown as both an actor and director over the past couple of years. My only issue I had with his casting was that he’s too recognizable. I was afraid that I’d watch the movie and only see Ben Affleck, not Bruce Wayne. It’d be like if they cast someone like Tom Cruise or Denzel Washington. They have to work hard to disguise themselves as another character. That being said, I think Affleck could prove me wrong after seeing this trailer.

There’s a long shot of Affleck brooding while staring at the Batman costume that gave me chills. Just the subtle creases in his face and the way he’s frowning portray an intense sense of emotion. It’s like a hint of depression mixed with anger and blended with the tiniest bits of fear and dread. Bruce Wayne is a man of complex emotions, and when he’s not wearing the mask, those feelings are uncontained. It looks like Affleck is doing a good job at understanding this essence of the Dark Knight.

My favorite part of the trailer is at the end where we see a heavily-armored Batman confronting Superman. This seems like a scene right out of The Dark Knight Returns where the two mighty titans finally come face-to-face for an epic battle. We don’t see any fighting in the trailer, probably because they want to keep us dangling with anticipation. Instead, we get something that may be just as satisfying: as he stares up at Superman in the rain, and with his voice thinly distorted by the robotic armored suit, Batman growls, “Tell me – do you bleed? You will.” Oh, God. The chills.

The trailer left a lot to be desired. I think it was quickly patched together to please the fans who have been begging for a glimpse at the upcoming film. There really isn’t a plot that we can predict as of now, but the common theory is that Batman is pissed at Superman’s destruction from Man of Steel and he’s planning to take him out once and for all. I’m not entirely sure how Wonder Woman, Lex Luthor, and Aquaman play into this yet, but I’m sure we’ll find out in a few months. Until then, you can do as I do and keep replaying the final moments of the trailer over and over while thinking up clever memes for Batman’s “Do you bleed?” line.

What did you think about the trailer? Did it live up to your expectations or were you a little disappointed? Let us know in the comments or on Twitter!