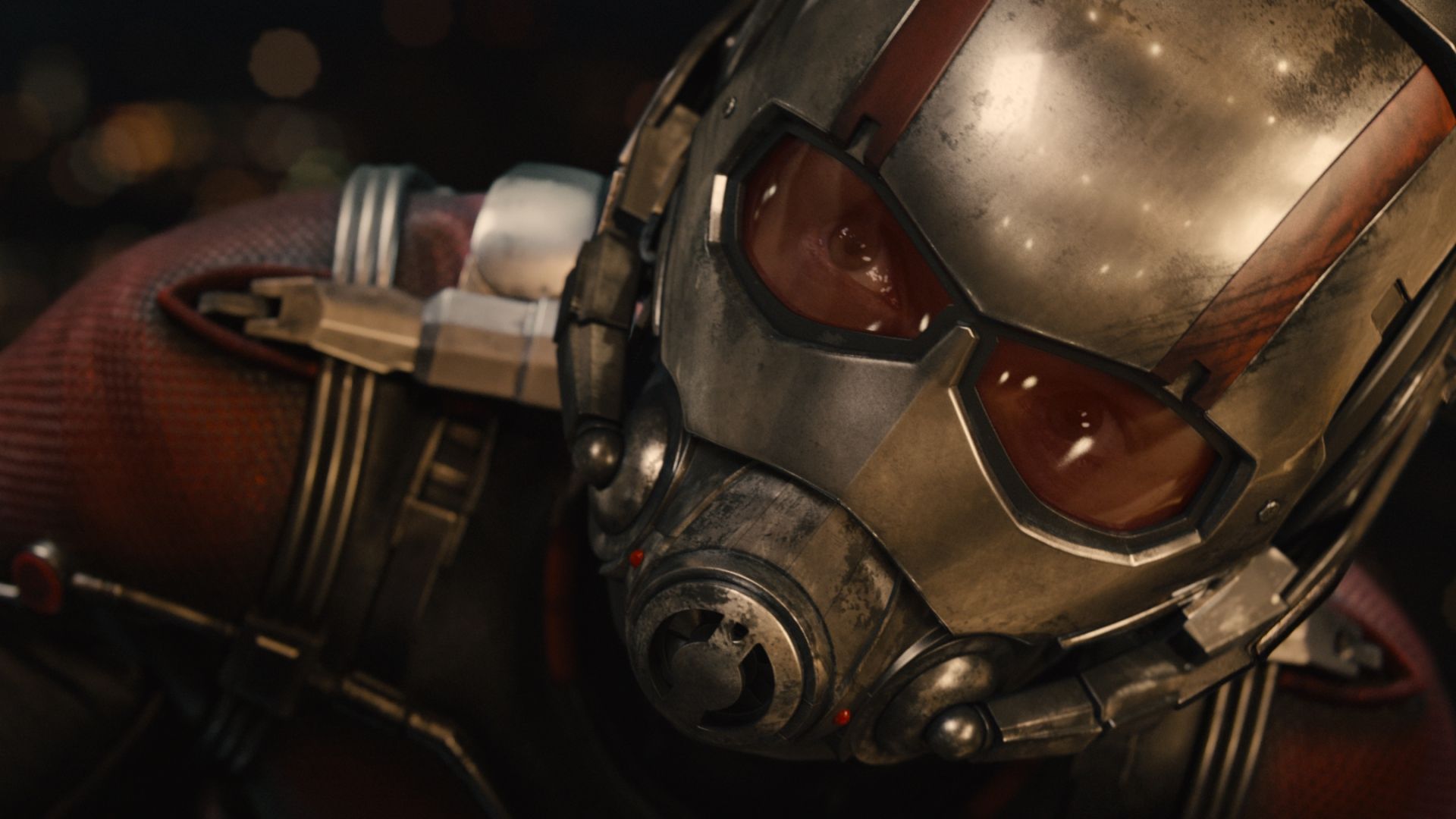 For anyone that’s still hesitant to watching this summer’s delightful surprise, Ant-Man, you’re sorely missing out. Audiences and critics alike have found the mighty micro hero a lovable hit even more so than the mega macro team up Avengers: Age of Ultron, which for the Paul Rudd led ensemble is a huge victory due to largely contrasting differences like budget and star power.

Now, any Marvel monger or modern filmgoer knows to sit patiently as the credit rolls on to reveal little franchise bread crumbs. Spoiler alert, Ant Man keeps with the tradition by offering not just one but two largely popular credit scenes that paves the road for bigger and better things ahead for the Marvel Cinematic Universe. As the mid credit scene sets groundwork for rise of the Wasp, the end credit scene alludes to the ominous Civil War on the horizon.

From the first shot the tone and setting are polar opposites from the film that besets it. Anthony Mackie’s Falcon calls for Cap and soon we find a troubled Sebastian Stan’s Winter Soldier caught between the cold steal of mechanic vise in a dank workroom. They begin to speculate that Tony Stark won’t be much help as the “accords” won’t allow it. When Chris Evans worries that they’re on their own, Falcon confidently recalls that he “knows a guy” and in bold letters we get the notion that Ant-Man will return.

Now there’s been much speculation across internet land. Most are assuming that the two caught the illusive Winter Soldier and now needing to discreetly remove him. Sebastian Stan has responded recently to questions regarding his alter ego’s sticky situation. He tells BuzzFeed, “But it would never happen at his own hand, by his own doing. In terms of that scene in Ant-Man, I’ve seen some of the ideas people have about it and I would say that whatever you’re seeing on the surface, it’s not as obvious as that. There might be a while lot more to the scene. I would say someone would probably want to put him in a vise.”

Though Stan remains predominately vague he gives some valuable insight. If anyone were to watch the end credit scene for a second time you hear that Falcon claims that, “This would’ve been a lot easier a week ago.” In the scene both Evans and Mackie are dirtied, possibly from physical confrontation, or perhaps from working. If you recall Scott Lang also possesses a master’s in electrical engineering as well as a talent for covertly breaking and entering. Captain America and Falcon may need him for any of these or the obvious shrinking serum. In any case they appear concerned and look to be wanting to rehabilitate Bucky or repair his mechanical arm.

Despite whichever the reason may be, we can expect to see at Scott Lang or Ant-Man in Captain America: Civil War as Paul Rudd has already been confirmed for casting. What do you think they will be needing him for?

What did you make of Ant-Man‘s post-credits scene? Sound off in the comments or send us your thoughts on Twitter!

Martin is a writer that hails from the Lone Star state and is usually involved in anything food, film, or fitness. His inability to sit still has taken him from road trips across the American Midwest to the beaches of Africa and the sands of the Middle East. You'll find him at every Marvel movie debut or food event in Dallas with a cold Shiner in hand.

From corporate and military lifestyle to the joys of indie freelancing, Martin seeks the fruits of life in discovering local eateries, long running trails, or simply enjoying an evening with his family at home with Masterchef or Anthony Bourdain on Hulu. Texan. Marine. Writer. Runner. Taco enthusiast. Luchadore in training. Future Captain America candidate. Oorah.