3. Crying After Watching the Film 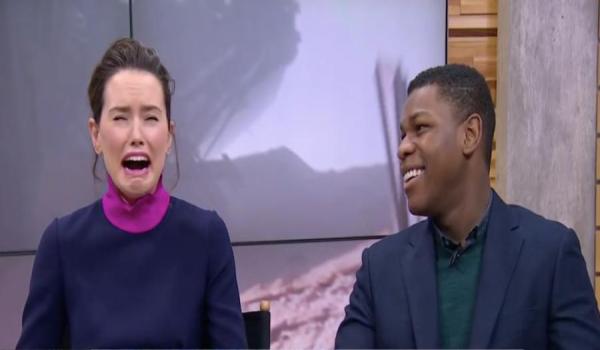 From Uncle Owen and Aunt Beru’s demise to Luke and Darth Vader’s last encounter, there have been a number of tear-worthy moments throughout Star Wars. Even the happy moments can give you a little nostalgia eye-watering. And it seems that even the actors aren’t immune. In this clip, Ridley talks about how she cried the entire way home after seeing the film for the first time. But if the first film you were ever in was Star Wars, you’d probably get misty-eyed at the premiere as well.

2. Dressing as Kylo Ren Around the House 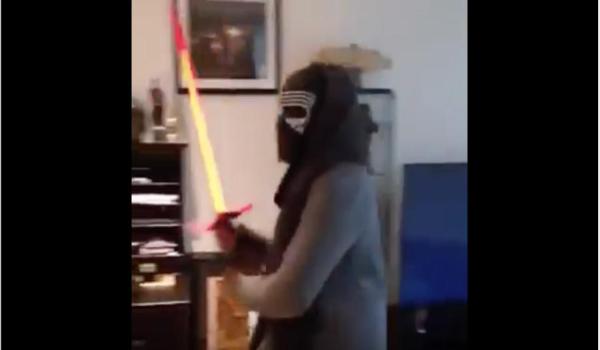 Whether stick, wrapping paper tube, or actual toy, it is next to impossible to resist pretending to have a lightsaber. But why stop there? John Boyega took the fun to the next level. Armed with a Kylo Ren mask, his now iconic light saber, and a scarf, Boyega shows off his moves from home in this clip.

1. Reacting to the Trailer 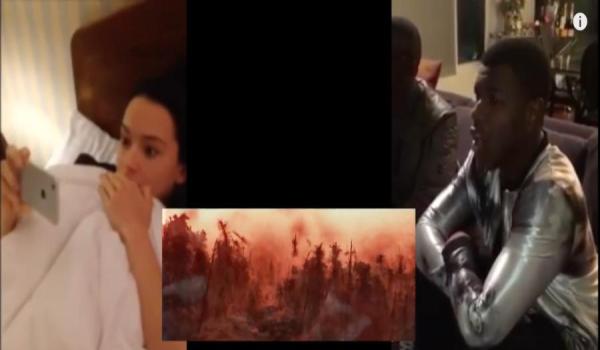 And what list would be complete without a reaction video? While there was a range of reactions all over the world when the trailer for The Force Awakens was released, these two are a pretty good summary of the overall feelings. With shocked expressions and tears from Ridley in this clip and yelling and falling over furniture from Boyega here, these two truly capture how emotional and exciting this film is for all of the fans.

Have another favorite moment we missed? Filmed your own reaction to the trailer? Let us know in the comments below or send it to us on Twitter!

And to Star Wars fans old, new, and even in the film, may the force be with you.