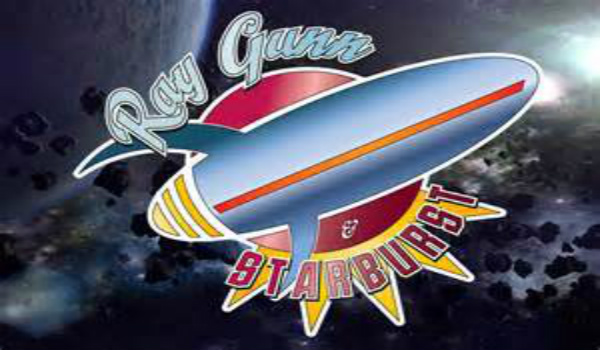 THE CAST AND CREW OF SCI-FI AUDIO DRAMA RAY GUNN AND STARBURST NEED YOUR HELP!

Set in the year 2005 (as all the best sci-fi classics are), newly divorced Raymond Gunn finds himself lying flat on his back in some seedy bar, on a seedy asteroid, in some seedy corner of the galaxy, when suddenly Starburst, a teenage girl and her AI, S.U.I.T. (Survival Utility Intelligence Technology) burst into his life with adventure, heroism and maybe a bit of blackmail on their minds. Cue the beginning of the rest of his life. Will he manage to become a hero? Will Starburst break away from her shady past? Will the narrator actually be allowed to finish a story without irritating protagonists interrupting?

Well actually, the answers to all of these questions have been, mostly, rounded up in Series One, which you can listen to for free on our website. BUT now we have an all new adventure for our hero and her useless band of sidekicks! (Yes, Starburst is the hero, just in case you forgot all that.)

This time round it’s about, well, time, time travel to be exact. Enter the mysterious Librarian, curator of the Infinite Library – thought it’s not really infinite, that would be impossible…probably – who enlists Ray and Star on a  dangerous and terrifying mission. Meet a hitch hiker who travels along time lines, and definitely knows more about our heroes than they are letting on. And not to forget intergalactic megastar Jason Lightyear and some moon shuttle hijacking pigs!

Listen to Series One here!