Home » Thor Ragnarok Trailer Has Us in a State of Frenzy 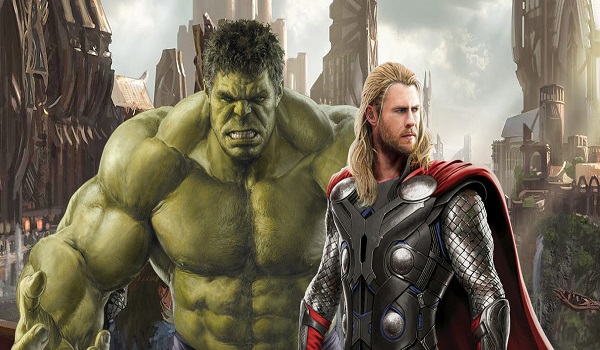 Oh My God! Thor: Ragnarok looks so freaking epic and fun!!! (So epic that I used three exclamation points). This movie looks so good. It will be out in November and I believe the second-to-last MCU movie before Avengers: Infinity War comes out. First things first, Marvel obviously is capitalising on the success of Guardians of the Galaxy movies. The first two Thor movies were deeply based on the origins of Thor as a Marvel entity and held him far more seriously than the other characters, with the exception of maybe Captain America. After all, all the Marvel films have some humour in it. Anyway, it looks like Chris Hemsworth will be getting a chance to play Thor as far less serious than the last movies.

Hela looks hella bada$$! At first, I thought she was the Enchantress/Amora, but her full horn regalia gave her away as the Goddess of the Underworld.  It also looks like Loki will be playing his next move and teaming with Hela, probably. In the mythology and I think in the comics too, Hela was Loki’s daughter, but not in the MCU, which is perfectly fine. On a side note, Thor’s Hammer Mjolnir is destroyed by Hela. Does it contain the Soul Stone, the last piece to make a complete Infinity Gauntlet?  Or was there another reason?

Aside from Thor and Loki, Heimdall, the Gatekeeper, returns and in the few seconds we see him, he looks so cool! And we have a new (to the MCU) character, Valkyrie/Brunhild to enjoy. It looks like she’s been disenchanted with Asgard and teamed up with the Grandmaster, the brother of the Collector.

Alas, Jeff Goldblum is playing Grandmaster and he looks the part, but I don’t know if he’ll be able to pull it off. It’s still super interesting though to see him in it. I wonder if this is going to be a very important part to making it to Infinity War.

My favourite part of the trailer was HULK!!!!!! Hulk is in Thor: Ragnarok! We haven’t seen Hulk since Avengers: Age of Ultron, in which Hulk/Banner broke up with Black Widow and stole a SHIELD jet (thank goodness, because that relationship was weird). It looks like not only will be having to deal with the oncoming threat of Ragnarok, the Norse end-of-the-world, but also with a whole Planet Hulk deal. Thor and Hulk as bash buddies are my favourite. I can’t wait to see them interact with each other. Even more, how Thor and plain old Bruce Banner the scientist interact!

Lastly, Marvel Studios cut Thor’s hair and I have mixed feelings about it, but it’s not really important to the context of the trailer. But ultimately, I want to know what happens so badly! I can’t wait! After Guardians of the Galaxy Vol.2, this movie is the next MCU movie that I’m looking forward to watching!

What do you think about the teaser trailer for Thor: Ragnarok? Sound off in the comments or send us your thoughts on Twitter!