Home » Doctor Who: “The Lies of the Land” Gives a Disappointing Finale to the Monks 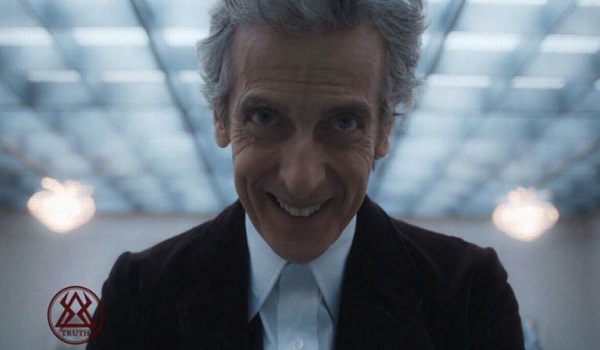 As you’re probably well aware by now I’ve really enjoyed Series 10 and have come to rekindle my love for the show and Steven Moffat as show-runner. But, it saddens me that the inevitable fear of Moffat screwing up has quickly returned to plague me, thus making me once more a little bit anxious as to the last few episodes of his era and whether or not he will deliver the best possible conclusion.

Series 10 did the interesting thing of side-tracking with a mid-season spectacular via The Monk Trilogy. What began as a really interesting, and daring, story-arc quickly devoid into a train-wreck “The Pyramid at the End of the World” should’ve been a dead give-away that the narrative was straying violently away from what we were promised. I said last week that I was unsure as to where this particular trilogy was heading and everything was riding on this week’s episode in order to determine whether or not the arc was a complete waste of breath or not.

Sadly, as I kind of suspected after watching the “Next Trailer” last week, “The Lie of the Land” was a terrible conclusion and really made this entire story-arc fall apart. The first clear complaint I can think of is the underuse of The Monk’s. They received a fantastic introduction within “Extremis”, showcasing them as a terrifying force to be reckoned with, before their presence started to dwindle within “The Pyramid at the End of the World” despite some good scenes and concepts. But “The Lie of the Land” completely pushes them to the side-line, showing their power through the fact that the world was now completely ruled by them after they changed the course of history.

This concept seems brilliant on paper but the execution is far from perfect and just constantly felt shoddy, almost like a complete missed opportunity. We had an episode where the Earth is conquered. The enemy had already won. Humanity was now brainwashed into believing that The Monk’s have watched over them since their very beginning, helping to shape their destiny throughout the ages, and anyone who begins to remember the true course of history is quickly arrested by manipulated authorities.

The beginning is sound, especially in establishing the terrifying ramifications of Bill’s choice at the end of the previous episode. But there wasn’t really enough shown and The Monk’s lost their fear-factor, becoming mere shadows in the background that did nothing except look down upon their brainwashed subjects. To be honest, I didn’t even fully understand their scheme. They literally needed a consent in order to re-write history. Yeah, impressive and all, but then what?

The only other interesting plot-point was The Twelfth Doctor seemingly siding with The Monk’s. This could’ve really gone in an interesting direction but sadly it was wasted. I had my clear doubts as to whether or not he was truly playing the part of “villain” but it would’ve been nice to see the Time Lord angered with humanities decision to “hand their planet over to the enemy” that he just turns round and says, “I’m done saving you!”

Even if it turned out that The Twelfth Doctor was forced into helping The Monk’s it would’ve been a better outcome than, “He’s just pretending.” Because we’ve never seen that before? It was such a missed opportunity and would’ve really elevated the narrative to where it should’ve been in terms of quality and excitement. After-all, this was meant to be the conclusion segment of The Monk Trilogy and yet it feels really low-key and pointless. It’s almost as if they just ran out of ideas or something, or just couldn’t be arsed. I know Series 10 wanted to be more stripped back and everything but considering we’ve already had exciting and grand-scaled episodes already established within this year’s run it wouldn’t have gone amiss to apply that here where it was needed.

What makes things even worse is this particular story was written by Toby Whithouse. This is the same guy that penned “School Reunion”, “The Vampires of Venice”, “The God Complex”, “A Town Called Mercy”, and “Under the Lake/Before the Flood”. The man has literally had a perfect track-record. All of his episodes are either highly regarded or simply much-loved by the fandom and now that claim to fame has swiftly come tumbling down by this poorly constructed script.

I really don’t know whether or not I can fully blame the guy because it smells like Moffat had a huge part to play with this monstrosity but simply wasn’t credited like with last week’s episode, or Whithouse finally succumb to producing a bad script. Considering Whithouse has produced some of my favourite episodes within the New Series, filled with great characters and clever concepts, it’s a massive shame that his latest episode lacked any flare, energy, or originality. It was clearly a story by the numbers, ticking every bad decision box along the way to create a disappointing final product.

The only major saving grace was Bill. Seeing how she was forced to deal with the outcome of her decision was greatly established. It was a clear struggle, especially when it’s indicated that it was incredibly hard for her to maintain her memory of the truth, sometimes wondering whether or not she was going mad. It was a nice moment seeing her reunite with Nardole and seeing how their friendship has grown, accompanied with some funny lines and exchanges.

Of course Pearl Mackie really shined when it came to her confrontation with The Twelfth Doctor. Witnessing her mentor suddenly declare that he isn’t pretending to help The Monk’s and has joined them in shaping humanities destiny, showing his clear frustration in Bill for disobeying his instructions and causing the Earth to fall. Say, this would’ve been a perfect moment, the culmination of Bill and The Twelfth Doctor’s journey together, if the production team hadn’t decided to have the biggest cope-out of this century.

You know that really shocking moment from the trailers? Well forget about it. Don’t be expecting anything grand, or emotional, or even remotely clever. As soon as I saw The Twelfth Doctor regenerating in the “Next Time” trailer I instantly realised this wasn’t going to be the actual regeneration. Instead, I suspected it was going to be a fake regeneration. I figured it was going to be the means of how Bill would have to save the Earth, killing the man she chose to save, thus destroying The Monk’s hold over the Earth. The Twelfth Doctor starts regenerating, Bill possibly kills him mid-transition, and the Earth rewinds back to before the consent was made.

Or (and this is the more interesting theory) that The Twelfth Doctor did actually start regenerating but despite the Earth being turned back the change is still happening, and the arrogant Time Lord decides to keep it to himself, secretly prolonging the change for the remaining four episodes until shit happens within the finale. That would’ve certainly been rather poetic considering Bill would’ve been the cause to his downfall.

However, it turned out this whole scene was played out all to make sure that Bill wasn’t actually brainwashed. I really hated it when Russell T Davies pulled this stunt for rating figures but at least that was done with more care, and still held some kind of impact but here, here it’s used for the cheapest of tricks and for a plot-device that makes no fucking sense whatsoever. It’s just plain dumb. Not to mention I’m really getting sick and tired of The Twelfth Doctor wasting his newly given regeneration cycle and not knowing what the consequences are.

“The Lie of the Land” just falls apart after that and loses it’s direction. I’m not saying it becomes the worst possible episode because there’s still a lot that would clearly get put below this one. I think it’s a simple fact that it’s a crap conclusion. It doesn’t successfully round-off The Monk Trilogy, it certainly doesn’t try to be bold or clever, it just sort of does its thing and then walks off like nobody actually gave a damn in the first place.

Missy makes a none-triumphant return as The Twelfth Doctor desperately turns to his old friend (and arch-nemesis) for help and we finally get to see inside The Vault. And it’s bigger on the inside, filled with comfy furniture, a piano, and a random force-field in the middle to keep Missy within. Missy doesn’t really do much here other than give some advice to The Twelfth Doctor in order to defeat The Monks.

Despite Michelle Gomez‘s interactions with Peter Capaldi and Mackie being well-written and directed, it just doesn’t sit right with me. I really wish Missy was revealed to be a completely different character because I’m really fed-up of her trampling over The Master’s legacy. She isn’t The Master. Plain and simple. Never was, and never will be. So you can imagine seeing The Master acting all feminine, and lolloping all over the piano, just made me really frustrated and aching to see John Simm return as the real Master and chuck this wannabe abomination out the window. And don’t get me started on the sickening dialogue that indicates The Master feels regret over the people he’s killed over his long career as a psychopath and attempted universal dominator.

It turns out that Bill has to die in order to destroy the link that The Monk’s holds over everyone on the planet, and The Twelfth Doctor isn’t ready to let his student die. Things head towards a very anti-climatic conclusion as the trio, with their forgettable band of soldiers, fight off a couple of Monks and then confront their leader who is transmitting the lies across the world. After The Twelfth Doctor fails to save the world Bill opts to sacrifice herself, and to give Mackie complete credit she really shines in each of her scenes this week, it’s just a massive shame that the rest of the narrative doesn’t hold-up to compliment her.

As it turns out Bill doesn’t die, instead returning people’s free-will via images of her mother. The biggest irony is that humanity doesn’t even remember anything about The Monk’s invasion, making this entire trilogy one massive missed opportunity. What the hell happened? You had a great set up in “Extremis” and then what, you all crapped your pants with fear over the fact you couldn’t compliment the episode with a clever continuation and thus shat out the first appalling ideas that came to mind? I really despise disappointing episodes. There so hard to judge. You can’t really call them bad, they’re just completely misguided and don’t fulfil their maximum potential, and thus, don’t go in the direction you hoped.

All-in-all, “The Lie of the Land” was a very disappointing conclusion to The Monk Trilogy. It failed in almost every beat, had far too many missed opportunities, completely wasted The Monks and their true potential, as well as dished out way too many cope-out moments. This episode might have truly done-in Whithouse’s credibility as a consistent writer on Doctor Who, as well as made me feel less impressed with Moffat. All I can say is I hope the next couple of episodes redeem this disappointing experience and gets my excitement levels back up to 11. But, considering Mark Gatiss is up next and he’s penning another Ice Warrior outing, I feel my anxiety levels will probably drop next week.