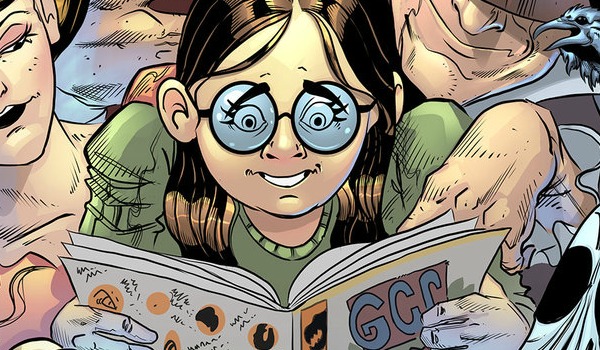 This year, comic creators across the globe had the opportunity to duke it out at the first annual Ghost City Comics Competition. Their mission – create a compelling story with killer dialogue, apt pacing, fantastical artwork and roughly a million other aspects all on one page. Of all the entries submitted, judges selected the best of the best as finalists for the competition. The amount of creativity, passion and skill each comic creator devoted to their submissions is awe-inspiring. As chosen by the judges of the competition, here are the 10 One Page Comic Finalists for the Ghost City Comics Competition: 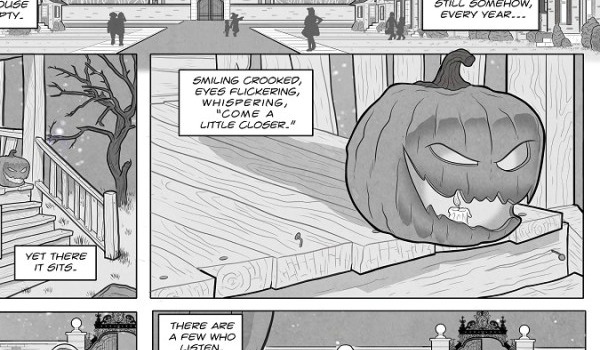 Who knew a pumpkin and a candle could be so sinister? Through their comic Angler, Hal Matthews and Kevin Learn will make trick-or-treaters think twice about knocking on someone’s door. In just one page, Matthews and Learn establish a spooky feeling with quiet yet powerful black and white (but mostly gray) artwork. The words have a bounce to them and are lyrical like a poem. By the last panel, readers will have to shake out the chill that’s slivered down their spine. 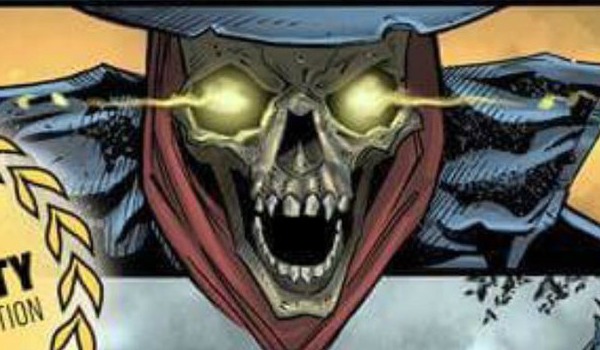 Draw your weapons – Boot Hill is as epic as an old-western shootout. This comic uses intricate details and stunning images designed by artist Javi Laparra to pull you into a six month-long war. The coloring, particularly the use of blues and browns to shape the setting are stunning. Writer Stephanie Cannon builds up this showdown, and gives readers a nice kick in the rear with its fallout.

Cleansing The Doors of Perception 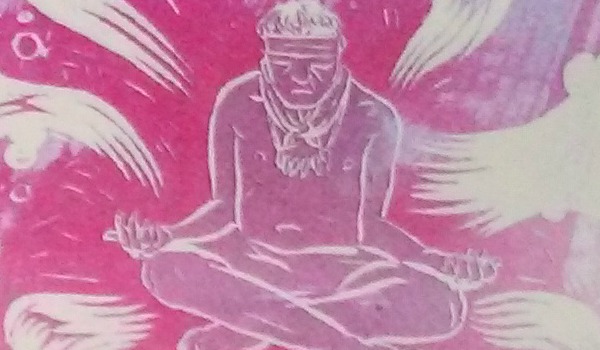 If your doors of perception are open, prepare yourself for a deep cleanse. Comic creators John J. Carr and Aaron Miller invite potential readers on a short but sweet journey full of vivid colors and trippy pictures in Cleansing The Doors of Perception. In it, readers are challenged to open themselves up to a new way of thinking. It’s a thinker, all right.  I don’t know what was in our spirit guide’s bowl he drank from, but you don’t need any recreational substances to enjoy this piece.

JuJu in the Jungle 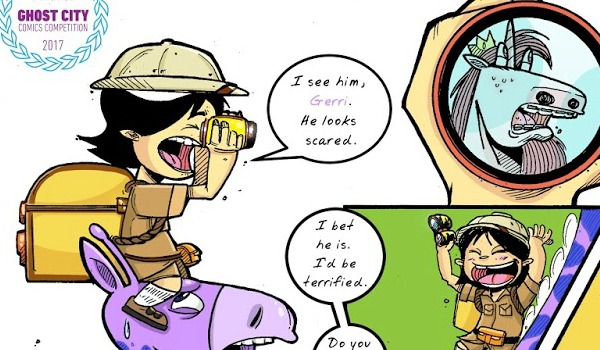 Juju in the Jungle by Justin Castaneda offers a charming and sentimental reminder of your childhood. Or at least someone’s pleasant childhood. Deep in the mystical jungle, explora Juju must rescue the Prince Unicorn from the evil monkeys. Nothing will stand in her way, except maybe her next meal. Girl’s gotta eat! I can appreciate the multiple styles of the artwork, especially the last panel that was clearly influenced by crayola. Juju is playful and strikes the right heart strings to be an endearing read. 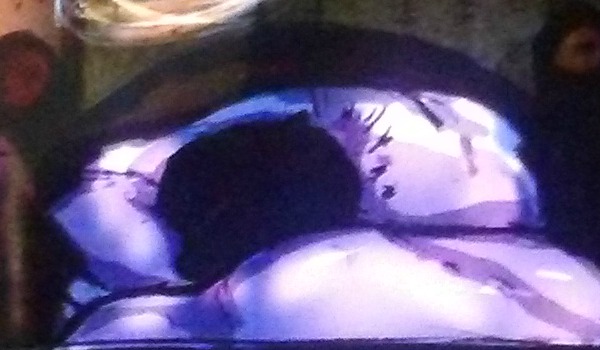 Imagine your childhood safe space being stolen and replaced with the stuff of nightmares. Eerie and disturbing don’t fully describe the effect of My Crevice. Architects Richard David, Faron and Dylan Johnson have sculpted a dark comic with artwork that perfectly captures that essence. I think my favorite visual is the somewhat hapless moon smiling down on the poor little protagonist. It’s an odd bedtime story that you’ll have to read from the safety of under the covers. 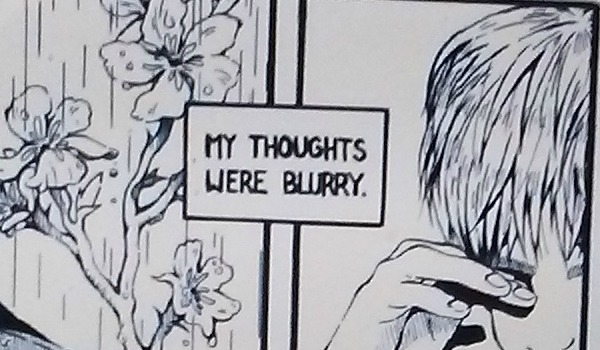 Creator April Troll wants you to remember that day you too might have been tempted to swallow pills off the sidewalk. That Day depicts a blurry day in the life of someone struggling with addiction. It leaves a lot of ambiguity with readers, and each image speaks volumes. Though readers don’t even see a full picture of our main character, you can feel the pain and suffering they are contending with. The final panel, in particular, is like a punch to the gut. Some colors could have benefited That Day, however, it still remains the somber piece it wants to be. 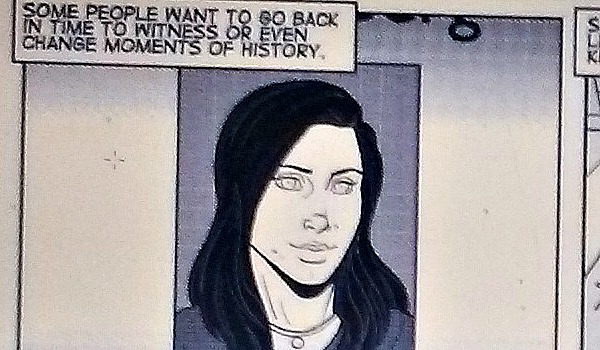 Most people have put thought into this question: if you could travel back in time, what would you do? Settle the bone you have picked with a world leader? Maybe you would be that one stupid person who wishes Jurassic Park was real and go get killed by dinosaurs. Perhaps a singular moment is enough. That is the thought process of writer Matthew Summo and artist Dominik Zaruba with their piece Time Travel. In it, their main man travels back in time to redo his biggest regret. Time Travel has a rich story on its one page. It left me saying awe, but that last moment could have been immensely more powerful by removing the parting words and zeroing in on that final embrace. Other than that, there is a lot to enjoy from this work. Reading Time Travel is one moment in time you won’t have to regret. 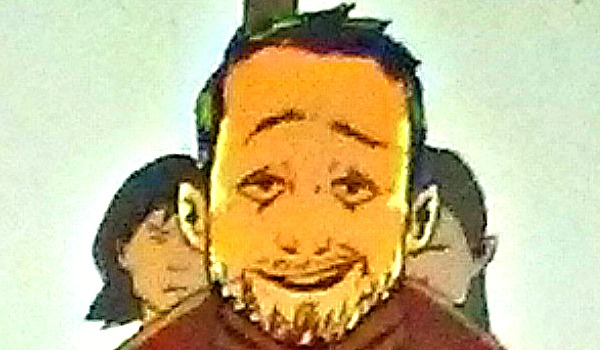 U+Me = a fun romp through a meet-cute that goes sour fast. Heather Barron creatively places each panel to convey the whole picture of Ms. Delaney’s “relationship.” It’s very effective in showcasing Barron’s talents as an artist and story-teller. The best nuance Barron includes is the level of brightness between the relationship’s build up versus the fallout. The blue hue she uses for the aftermath is very devastating. You feel this poor girl’s heartache right with her. It makes her feel all the more realistic than a run-of-the-mill crazy ex girlfriend. 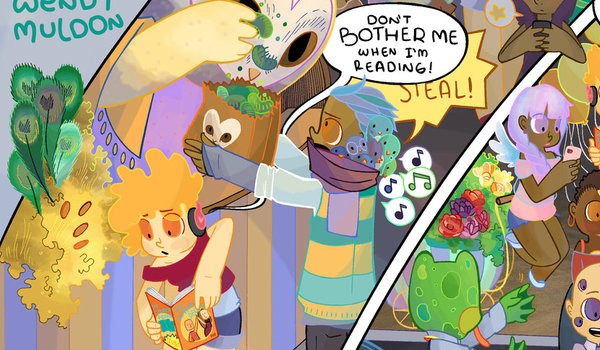 For God’s sake, when someone is reading, let them be! That’s the message that not only needs but demands to be heard from Wendy Muldon’s When Reading. The graphics are bubbly and eye-catching. Each character has a distinct style, though they all have the same agenda – ruining the main girl’s reading time. As an avid reader myself, it’s easy to emphasize with the protagonist of this piece. The greatest attribute this story has, and why I suspect this pushed When Reading into the runner-up position, is it’s humor. How hilarious is it that a girl has her nose stuck in a book titled “The Common People” when she’s surrounded by creatures with extra eyeballs, animal hybrids and an owl-like thing handing out candy? In any case, when you take a look at this comic, you too will be screaming do not disturb. 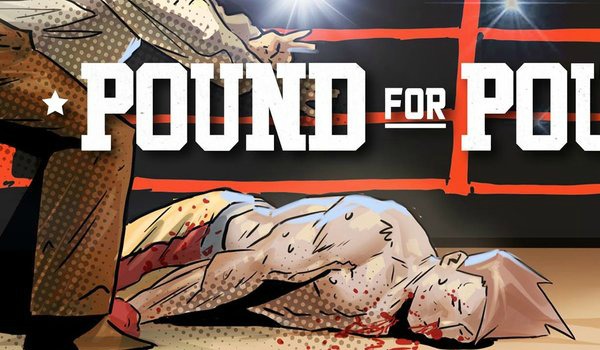 And the winner is… Wow, just wow. Pound For Pound clobbers readers with its story and artwork. I promised myself I wouldn’t make too many boxing puns, but follow-thru isn’t my strongest strength. It’s gripping, it’s moving, it’s enticing – and that’s all on page one and only. Writer Chas! Pangburn assembled a compelling narrative about how much pain and turmoil a father can take in the ring for his child.

What really makes Pound For Pound the jaw-dropping force to be reckon with is the artistry. Artist Juan Gedeon and colorist Carlos Cabrera spawned artwork that is explosive and vibrant. Seriously, if Muhammad Ali ever saw it, he would say, “damn.” The way the lines are stealthy drawn during the fight reflect the boxers’ movements. With art like this, it’s easy to see how Pound For Pound pulled out a win for all the rounds.

If any of these comics pick your fancy, or if you foresee you’ll have ten minutes to spare, check out the entire anthology of the Ghost City Comics Competition here, then sound off in the comments or send us your thoughts on Facebook or Twitter!