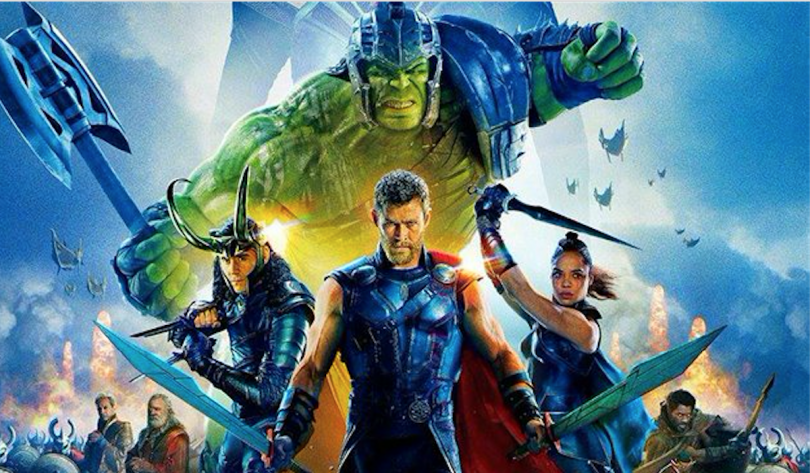 The thundering success of Thor: Ragnarok (pun absolutely intended) reaffirmed the MCU’s treasured blend of action, drama, and comedy while expanding our understanding of their cosmic world. Unlike in the first two Thor films, which spent about half their time on Earth and the other half on Asgard, Ragnarok took audiences to new planets and delved into the unexplored history of Thor’s world. So much of the MCU takes place on Earth that any diversity in location, like outer space or even Wakanda, is a welcome change of pace. Overall, the MCU is moving in a good direction in how they take advantage of the Marvel universe’s massive scope and size.

Though there are plenty of Easter eggs and throw-away references in Thor: Ragnarok, most of its universe-building aspects are central plot elements. Now, with the Guardians of the Galaxy films and presumably parts of Avengers: Infinity War, the Cosmic MCU is getting more and more important. It’s unclear how it will shape the future of the MCU, but with James Gunn at the helm, it’s safe to say that the Cosmic MCU will be something worth checking out. But before we get ahead of ourselves, let’s look at six ways Thor: Ragnarok contributed to the MCU’s ever-growing galaxy:

6. Grandmaster and the Elders of the Universe 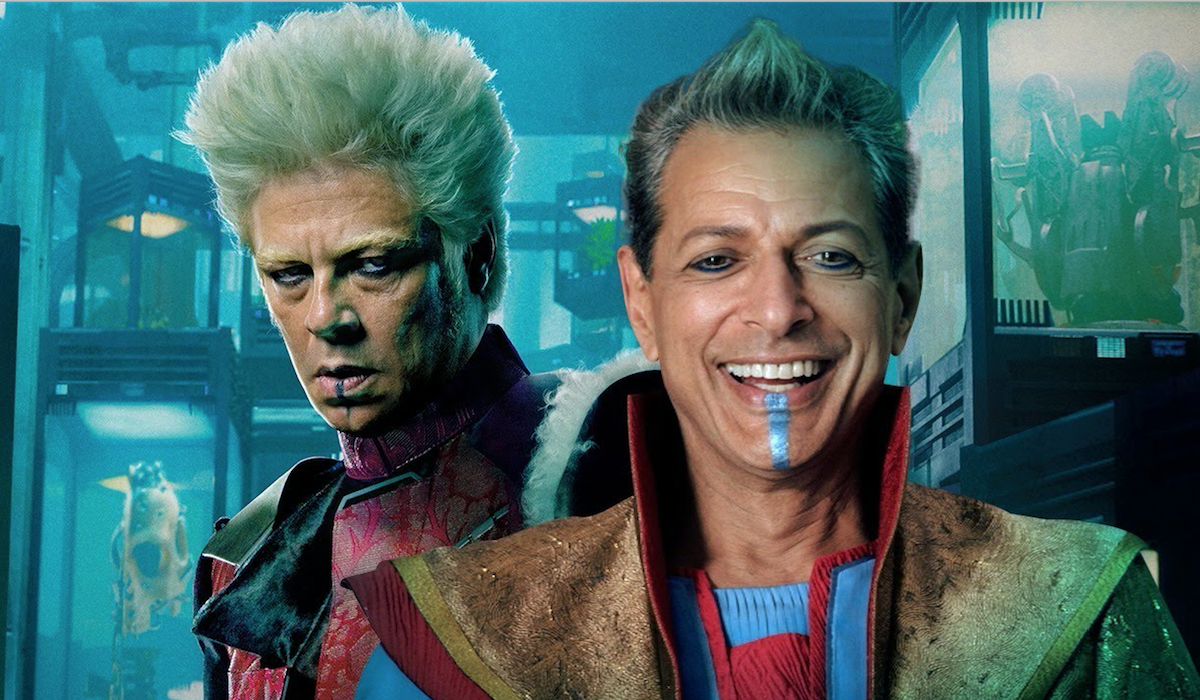 Jeff Goldblum as the Grandmaster was the comedic highlight of Thor: Ragnarok. Interestingly enough, as revealed by Kevin Feige, the Grandmaster and the Collector (Benecio del Toro from Thor: The Dark World and Guardians of the Galaxy) are brothers. Both are millions of years old and aptly known as Elders of the Universe. They are kind of similar to celestials, like Ego (Kurt Russel), but their relationship as of now is unclear. Their existence creates a great sense of longevity and scale to the Cosmic MCU. Just how powerful they are is left ambiguous- my best guess is that they are less powerful than celestials but more powerful than your average superhero- so it will be interesting to see how they stack up with someone like Thanos in Avengers: Infinity War and other films to come. 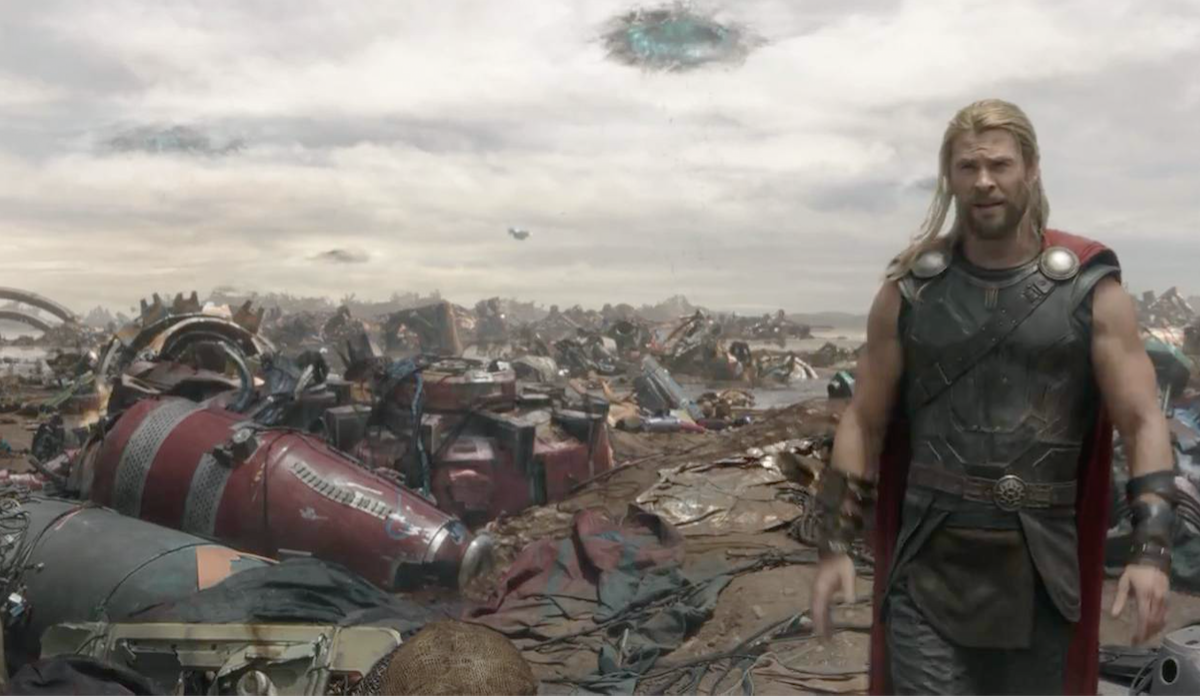 Simply put, Sakaar is a garbage planet. A smattering of wormholes from across the galaxy dump whatever comes through them onto this hodgepodge world resulting in an incredibly dense and interesting environment. Sakaar fits in nicely with the Cosmic MCU’s hierarchy of planets and galactic life. It’s somewhere where one goes to get away, like Valkyrie (Tessa Thompson) has done before the events of Ragnarok. Surely the zune player that Star-Lord receives at the end of Guardians of the Galaxy Vol. 2 came through here or somewhere similar. Almost anything or anyone could conceivably be on this planet, making it a ripe narrative place for future plot ideas. 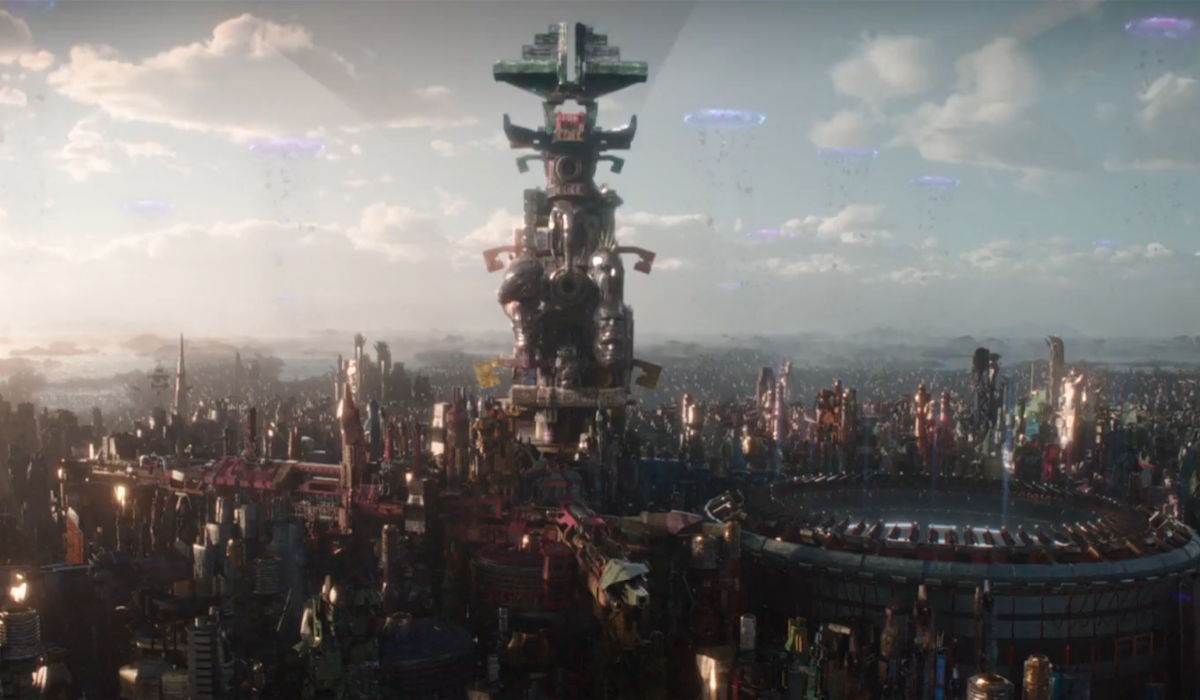 Speaking of Sakaar, in an establishing shot of the Grandmaster’s tower (as seen in one of the film’s trailers) we see the heads of former winners of the Contest of Champions. The tower includes:

Beta Ray Bill – an alien warrior and Thor rival who is also able to wield his hammer, Mjolnir. Feige stated that he was almost going to make a full live-action appearance, but was cut for time. There’s a decent chance we’ll see him appear in a fourth Thor installment or possibly a Valkyrie spin-off.

Bi Beast – a two-headed Hulk antagonist and a member of the Inhumans, whom we saw in their own underperforming miniseries in Fall 2017. Seeing as a second season of Inhumans is unlikely, but Bi Beast could appear in it if they do, tying the otherwise Moon-based characters to the larger universe.

Man Thing – a magical swamp monster who serves as the latest in a long line of guardians for the Nexus of Reality. He actually received his own low-budget film adaptation in 2005 and his wife, Ellen Brandt, appeared as a secondary villain in Iron Man 3. I am doubtful of an MCU appearance, but one never knows.

Ares – an enemy of Thor based on the Greek god of war who has recently become more of an antihero character. To see Ares, and his protagonist counterpart, Hercules, appear in a fourth Thor film could be fun and would introduce another godly aspect to the series. However, after the release of Wonder Woman, having another Ares in a comic book film might be too confusing. 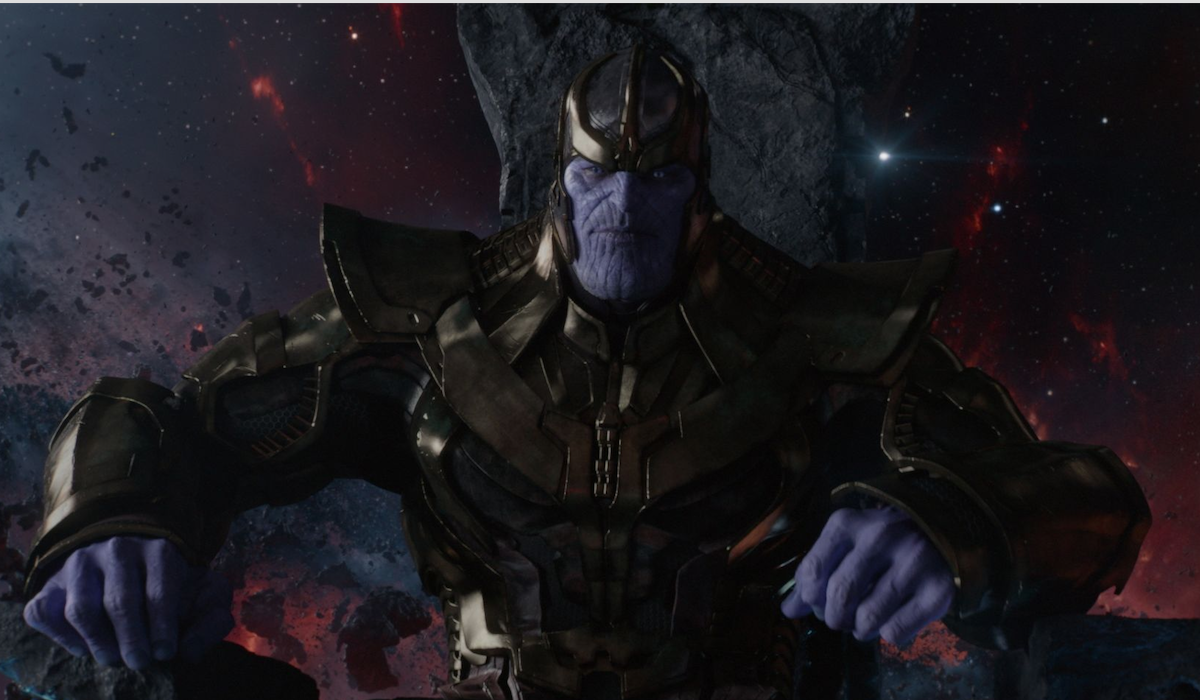 In Ragnarok‘s mid-credits scene, Thor’s crew and the escaping Asgardians are stopped by Thanos’ imposing warship, Sanctuary II. Obviously, this sets up Thanos as the main antagonist of Avengers: Infinity War, but more specifically it likely teases that Thor and company will face him first. Who else is might be on Thanos’ ship is an interesting question, though it is probably just him and his children, the Black Order. Perhaps he already has one of the infinity stones with him (the power stone from Xandar?) and we could see him taking it in flashback, which would be a nice surprise. But the biggest reveal that this scene gave us was to show Thanos’ capabilities before amassing the infinity stones. He is not omnipotent, at least not yet, which means that without a full infinity gauntlet he is able to be stopped. We’ll most certainly see how this conflict plays out in Infinity War, but with Loki (Tom Hiddleston) in possession of the Tesseract, Thanos’ limited power won’t last for long.

2. The Secret History of Asgard 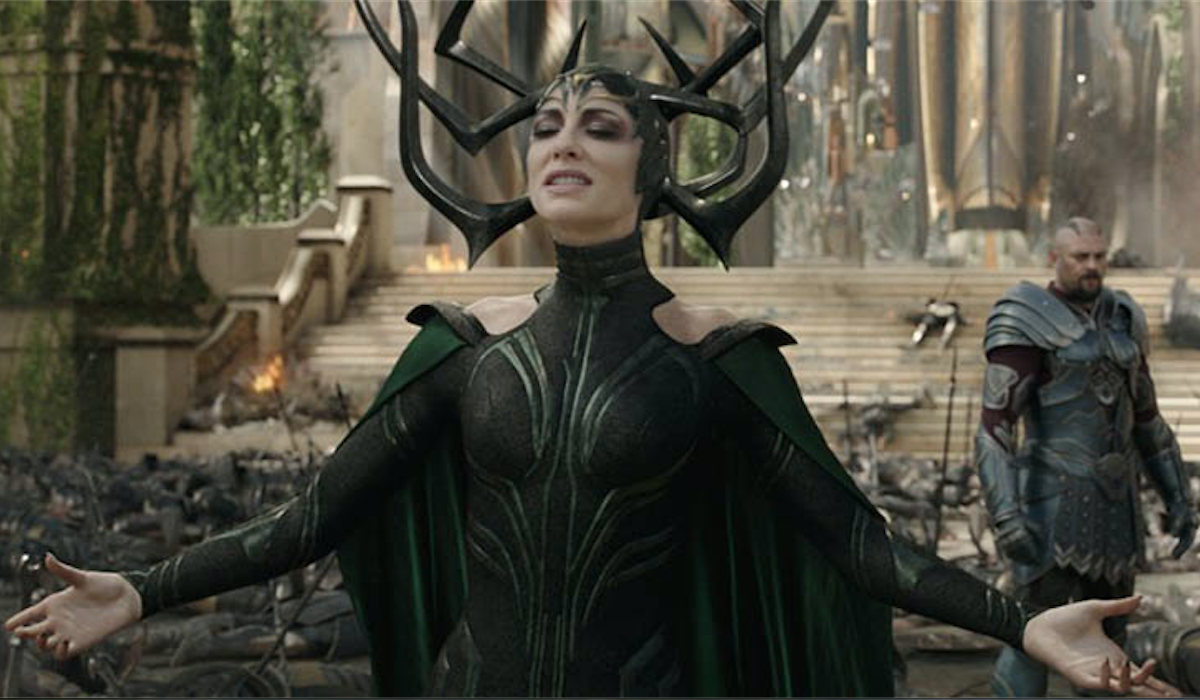 In the film, Odin (Anthony Hopkins) reveals that not only is Hela (Cate Blanchett) his first-born daughter, but also that the two violently conquered the Nine Realms centuries ago. Before this, we’ve only gotten glimpses at the history of Asgard through early flashback scenes in previous Thor films. Given what we know now, it would be interesting to see how other cosmic characters react to Asgardians, either to Thor individually or the whole lot of them as a refugee population. A fourth Thor film (if Chris Hemsworth plans to come back for another one) could be about how new king Thor rehabilitates the Asgardian image while trying to find them a new home. At the very least, I’m sure the Guardians will have something to say about Thor’s regal lineage. 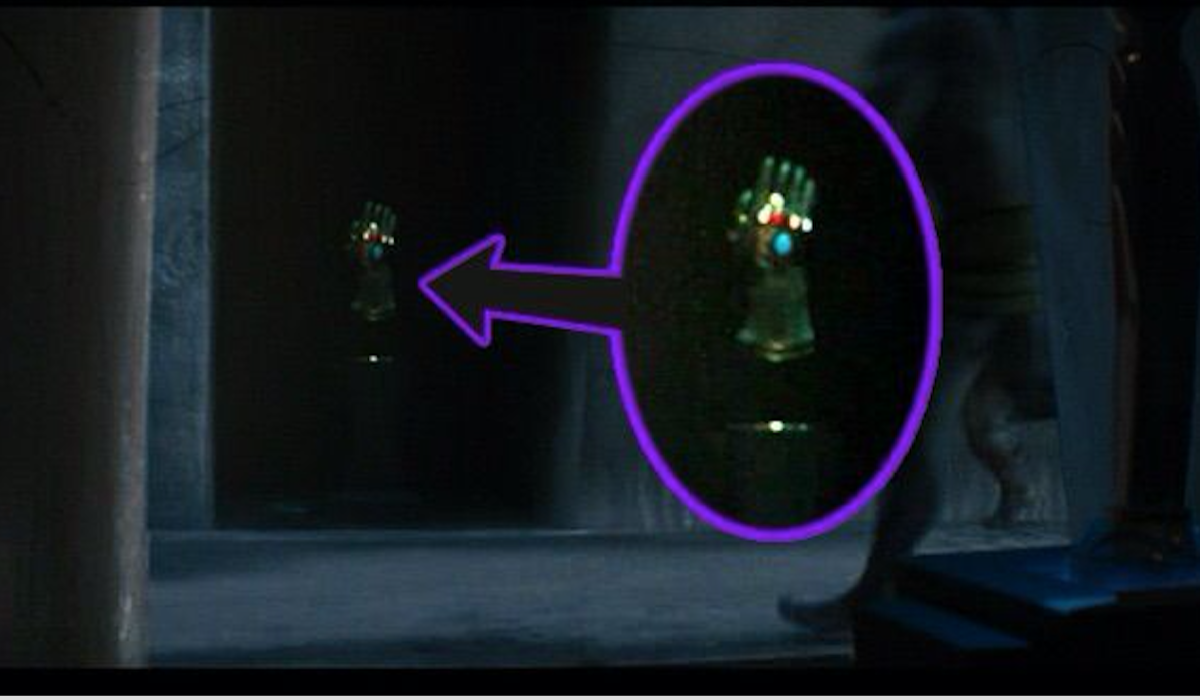 When Thor came out back in 2011, crafting the MCU’s large-scale saga of the infinity stones was not on the forefront of anybody’s mind. So, when fans spotted a full infinity gauntlet in the background of Odin’s vault, most laughed it off as a nice Easter egg for comic lovers. But in the years since, many have wondered how the MCU could have two infinity gauntlets: one with Thanos and the other in Asgard. Luckily, a single line from Hela reveals that the one in Asgard is a fake, prompting one of the film’s biggest laughs and solving the problem. Now, going into Infinity War, audiences can safely assume that Thanos possesses the one and only gauntlet. The path is cleared for his power as the MCU’s most formidable antagonist to be totally unrivaled.

What cosmic elements of Thor: Ragnarok did you enjoy? Which ones should make their way into future films? Are you excited to re-watch the movie when it comes out online tomorrow? Sound off in the comments or send us your thoughts on Facebook or Twitter!