Home » The Ghost Butterfly, an Emotionally Heavy Tale Told Through Silence And Settings 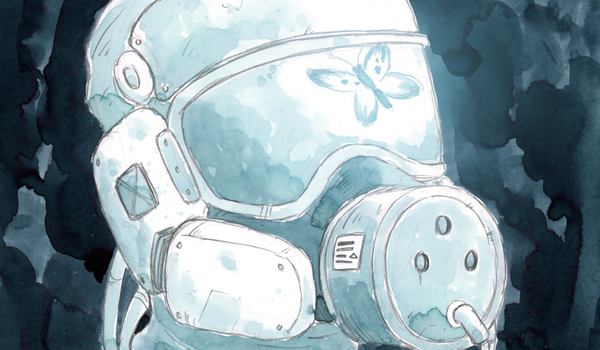 From the title alone, it was very difficult to theorise the type of story this comic was going to tell, but something gave off the vibe that I was in for an emotional one. I guess I was right, but this title far exceeded my expectations. I bring to you The Ghost Butterfly, a short but thought-provoking tale that deals with themes of love and loss within a destroyed and bleak world. It presents a strong narrative style and mesmerising art from Martyn Lorbiecki that truly visualises the dark world that Rick Quinn creates and the heart-breaking torment that our character carries on his shoulders.

Our story revolves around David, a man who appears to have survived a catastrophic event that has turned his home city into a radioactive wasteland. However, his troubles are not simply out in the world but rather inside his own head, as the thoughts of his final moments with his wife torment him and leave him without a reason to carry on. Donning a hazmat suit and assisting with surveying the city for recovery and exploration, he finds himself walking to his former home. After a short reminiscence, a mysterious bright light startles David, as he is forced to come face to face with his past one final time. 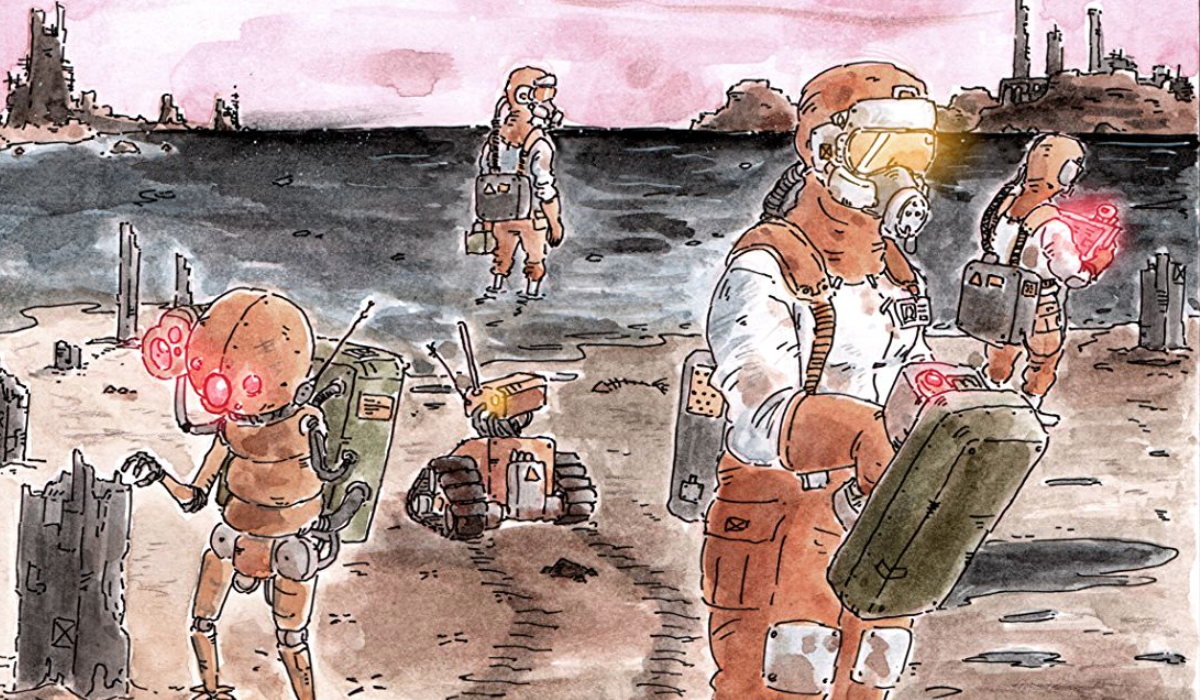 In terms of the comic’s narrative, Quinn takes a rather cryptic approach that is open for interpretation. I mean heck, we don’t even get dialogue until about halfway through the story and even then it is very brief. But the true story and emotional themes lie in the world he has built. So many questions are raised and never answered, but I believe that is intentional. After all, the emotions of loss and isolation are the main focus here. David has truly lost everything that gave his life meaning: his home, his wife, his livelihood-  all taken away from him in a single instance. Now, he remains alone in a world where one wrong move can take your life. He is more isolated than ever before and with each day in the wasteland, his resolve and sense of hope grows ever dimmer.

With the story’s open interpretations, the art had to be top notch in order to express the writer’s ideas and Lorbiecki was immaculate in his execution. The watercolour effect is perfect for presenting a world that is void of life and growing worse with each passing day, as if the life slowly drains page to page. The dull colour palette is a great accompaniment to David’s grip on reality as the life that gave him purpose and meaning is now replaced with grey walls and crumbling ruins of his former home. He is truly a broken man in a broken world. There is little need for words when the character’s emotions are presented skillfully through the landscape’s echoing silence and depressed facial expressions. 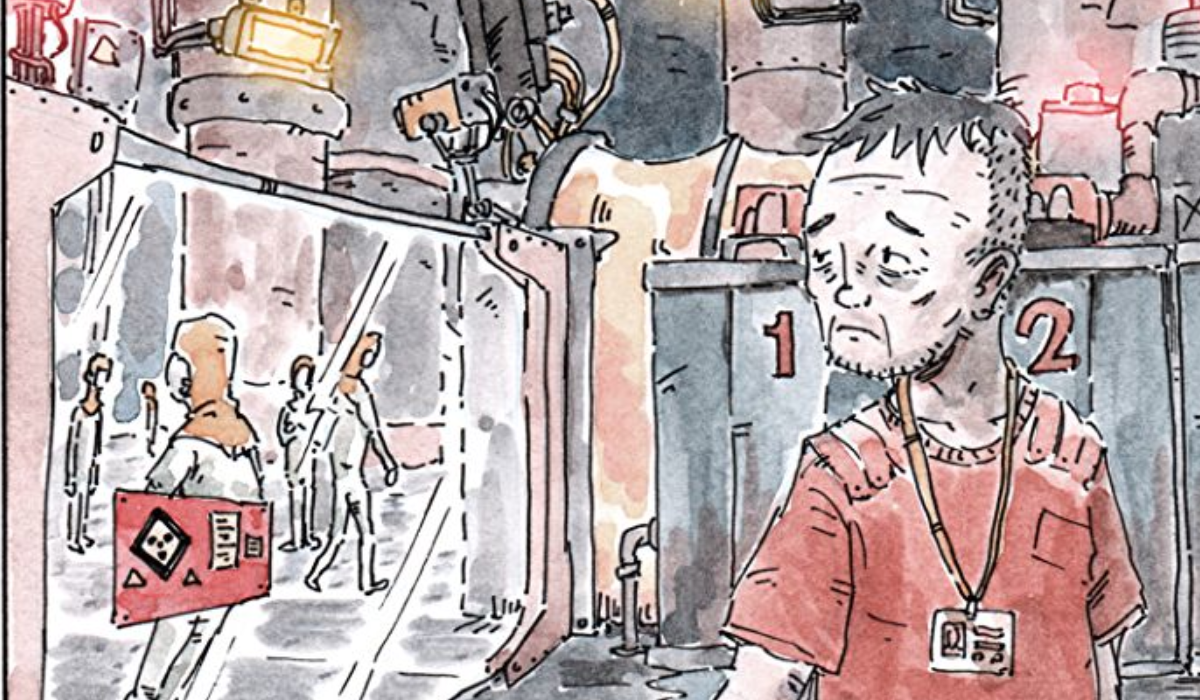 In short, the collaboration between these the comic’s creators creates a twisted world, but one that hits hard in narrative and emotional flair. From Quinn‘s simple to follow yet emotionally driven story to Lorbiecki‘s artistic style that compliments the themes and settings perfectly, The Ghost Butterfly is a short but strong tale of love and loss that hits the right chords through its narrative and strong visual metaphors. Simple to follow, but hard to forget.

Have you had the chance to read The Ghost Butterfly? What did you think? You can find it here on Comixology! Sound off in the comments or send us your thoughts on Facebook or Twitter!