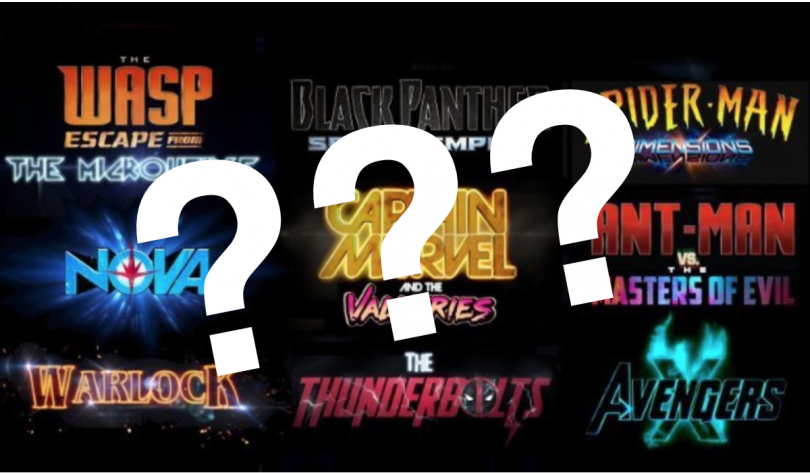 Phase Three of the Marvel Cinematic Universe will likely end with the old guard of the Avengers bowing out. Phase Four already has plenty of great players to work with, such as Spider-Man, Black Panther, Dr. Strange, Ant-Man, the Wasp, Captain Marvel, and so on, but it wouldn’t hurt to introduce some new players as well. Plus, who doesn’t want to see some fan favourites finally get their own movies? Marvel has a very large catalogue of superheroes to choose from and here are ten who deserve their own films. And for the sake of variety, and just in case the Disney-FOX merger goes wonky, I have deliberately left the X-Men and Fantastic Four off the list. 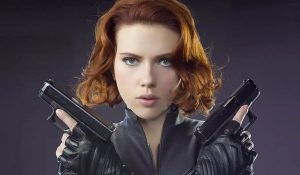 There has been talk of a Black Widow solo film since 2010, but with Marvel looking at potential writers and directors, we may finally be getting this movie. Natasha Romanoff has been the main female character in the MCU since Iron Man 2, and it feels a little unfair that Captain Marvel is getting her debut film before Black Widow is. With any luck, should Scarlett Johansson stay on after Avengers: Infinity War’s sequel, her character will receive her own spy thriller. Natasha has a lot of history to explore, as hinted at in the first two Avengers films and Captain America: The Winter Soldier. Marvel’s best bet would be to do a prequel before Natasha joins S.H.I.E.L.D. and force her to align with a young Hawkeye to stop the Winter Soldier. 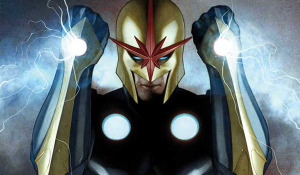 In Avengers: Infinity War, Thor comments that Thanos had decimated Xandar off-screen to obtain the Power Stone. Presumably, the Nova Corps were annihilated by the Black Order. What if there was a sole survivor? Nova a.k.a. Richard Rider is the most notable member of the Nova Corps, who originated from Earth and served with the intergalactic police force. To fit in with the MCU timeline, I could imagine Nova already existing as a member of the Nova Corps, but being away from Xandar when his planet is decimated by Thanos and his children. In response, Nova could go on a path of revenge, leading him to the Guardians of the Galaxy. It would be cool to have another young ,space-faring hero flying around. He and Star-Lord, for example, would have some things in common, but with very different personalities. Nova could even build up to a New Warriors film.

We Brits need some representation in the MCU, and Captain Britain seems like the best choice. While Steve Rogers embodies the patriotism and values of the USA, Brian Braddock embodies British values. After being injured in a car accident, Brian is approached by Merlyn the magician and his daughter, Roma, with the opportunity to become a superhero. Interestingly, he is given the choice of two weapons which will define his path in life; he chooses the Amulet of Right to fight for British law and justice. Captain Britain’s lore incorporates British and Celtic mythology and magic and could open the door to a number of other British heroes and villains too. And imagine Captain Britain meeting Dr. Strange! 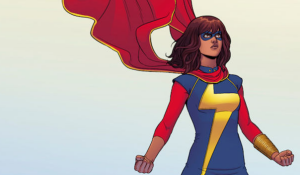 A surprise announcement from Kevin Feige revealed that Kamala Khan, the current incarnation of Ms. Marvel, will debut in the MCU. This will likely happen after Captain Marvel, and ho, boy, what a surprise! Kamala would be the first Muslim superhero lead to appear in their own movie, a community in deep need of positive representation in popular fiction. Kamala comes from a tight family  unaware she is a hero – a conservative brother, paranoid mother, and traditional father. Sounds like a good place for some drama. Kamala is at her best trying to deal with the cultural labels placed upon her, as a Muslim-American and as a teenage girl, and those could lead to a lot of character-driven different storylines for a film to focus on. The one risk is that she is of Inhuman heritage, and we know how well they’ve been handled in the MCU so far. 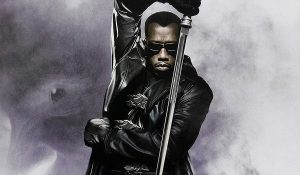 Long ago, before Nick Fury broke into Tony Stark’s house to drop the biggest mic drop ever, there was Blade. A lot of people think X-Men and Spider-Man kicked off the superhero movie craze, but Blade technically did it first. After introducing gods, super soldiers, wizards, talking raccoons, and Ghost Rider, it is about time to throw some vampires into the MCU. There have been rumours of introducing Blade into the MCU for a while now and Wesley Snipes had even discussed reprising the role, and why not?  We still have yet to see the MCU explore Marvel’s horror side, Ghost Rider’s arc on Agents of S.H.I.E.L.D. aside. But, since Sony is developing their own Morbius film, I’d like to see Blade beat it out the gate to introduce proper vampires first before Sony’s pseudo-vamps. 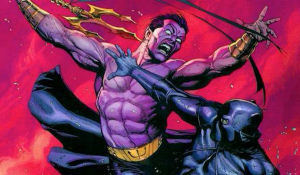 Where the flying monkey nuts is Namor the Submariner? Namor is one of Marvel’s original two characters and we really need him to join the Avengers at some point. Yes, at first his movie could seem like a copy of Aquaman, but Namor is actually older than DC’s merman and could be filmed quite differently. It might seem strange to have  both film franchises feature mermen at the same time, but who cares. The film rights to Namor are complicated and somewhat tied up with Universal Studios, similar to the issues with giving the Hulk another solo film. One idea I have is to introduce him as a bad guy in a Fantastic Four or Black Panther film and then let him have his own spin-off if possible. Plus, Namor’s introduction would open up the aquatic realm of the Marvel universe. 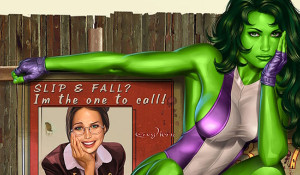 Speaking of Hulk, or rather his cousin, She-Hulk should be introduced in order to help Bruce Banner get some more major roles in films. Jennifer Walters undergoes quite the transformation after being exposed to her cousin’s irradiated blood. She-Hulk serves as both a superheroine and as legal counsel to her costumed friends, sometimes working with or against Matt Murdock/Daredevil in court. I’m not entirely sure what sort of story could be told, but She-Hulk has a lot of connections with other characters, from the Fantastic Four to the Defenders. Her and the Hulk could team up to take down a villain of his we’ve been waiting to see, like the Leader. Or maybe she could be a recurring character who appears in other films too, supporting her friends and allies. 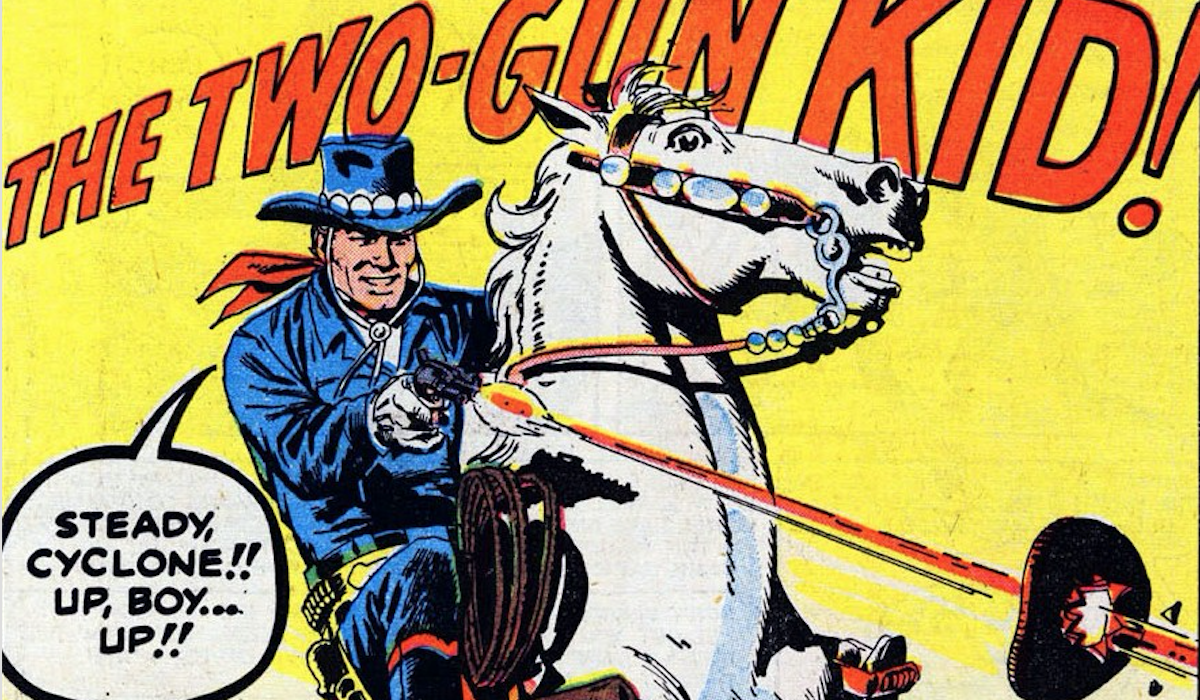 And now for something completely different. Prior to Marvel’s Silver Age, superheroes dipped in popularity, so other genres like horror and westerns were all the rage for a few years in the late 1940s to early 1950s. It would be a lot of fun for the MCU to embrace Marvel’s legacy of western adventures. They have quite the line-up of cowboys and gunslingers: Two-Gun Kid, Rawhide Kid, Kid Colt, Matt Slade, Dakota Kid, Caleb Hammer, Black Rider, Apache Kid, Outlaw Kid, and even a western version of Ghost Rider. Interestingly, Agent Carter actually name dropped Two-Gun Kid, and Howard Stark was making a film about him. And if committing fully to a western is too risky, Marvel could always make it a time travel movie and drop a current-day hero back in time.

Ka-Zar and the Savage Land 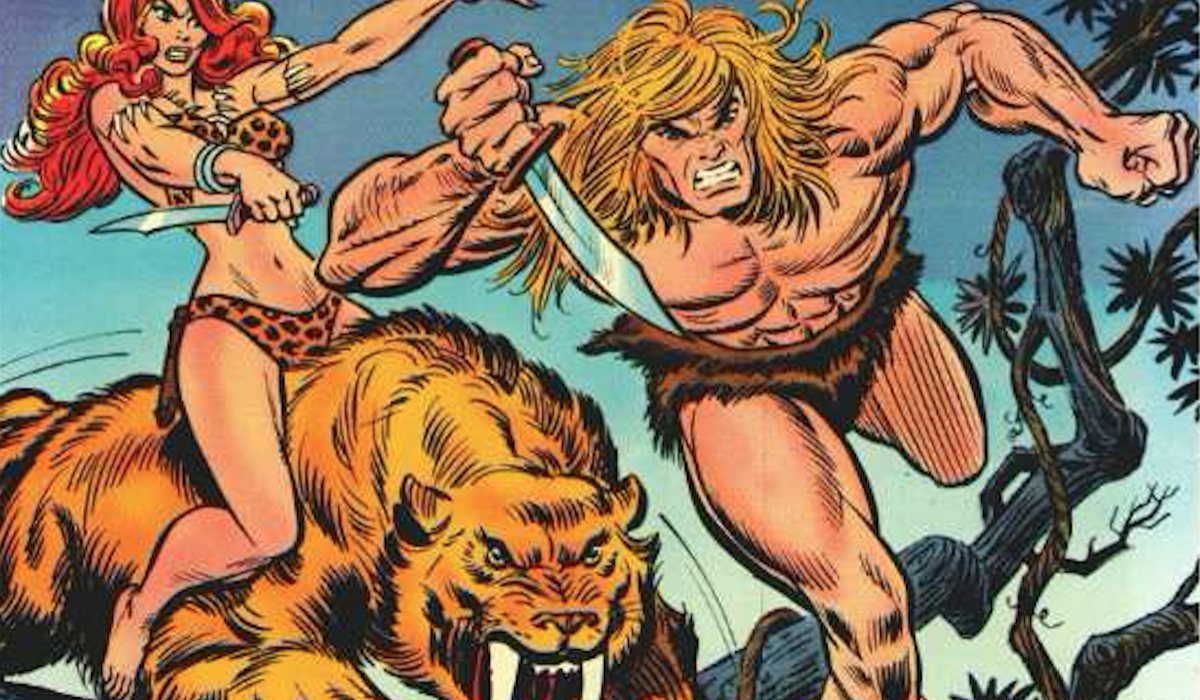 Here is an idea even more out of left field. Ka-Zar is a Tarzan-like hero who lives in the lost, Antarctic world of the Savage Land. Oh, and he beats up dinosaurs. Because he’s essentially a ripoff of Tarzan, and very similar to DC’s Kamandi, Ka-Zar may need some tweaking to make him stand out. The Savage Land sounds like a fascinating place to set plenty of movies, filled with dinosaurs, monsters, and a variety of human tribes. Any Avenger could discover this new environment, causing problems and teaming up with Ka-Zar, his partner Shanna, and Zabu his sabertooth tiger. And most exciting of all, introducing Ka-Zar would also bring in the likes of Devil Dinosaur! 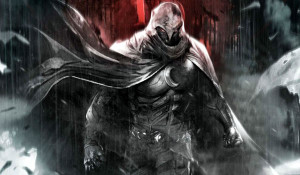 And finally, we come to Moon Knight. Marc Spector is a mercenary who is nearly killed during an archaeological raid and is revived by the moon god Khonshu to be his avatar on Earth. He becomes the Moon Knight, and adopts a variety of identities to cover up his violent superhero activities. He could easily be compared to Batman or the Shadow, but Moon Knight is complex and interesting enough to carry his own stories. He is a very malleable character and could work well in either a film or his own Netflix series. Either way, it would be great to see Moon Knight soon.

Which Marvel characters would you like to see get their own movies? Got a fun team-up in mind? Who did I miss on my list? Sound off in the comments below and let us know what you think on Facebook and Twitter!