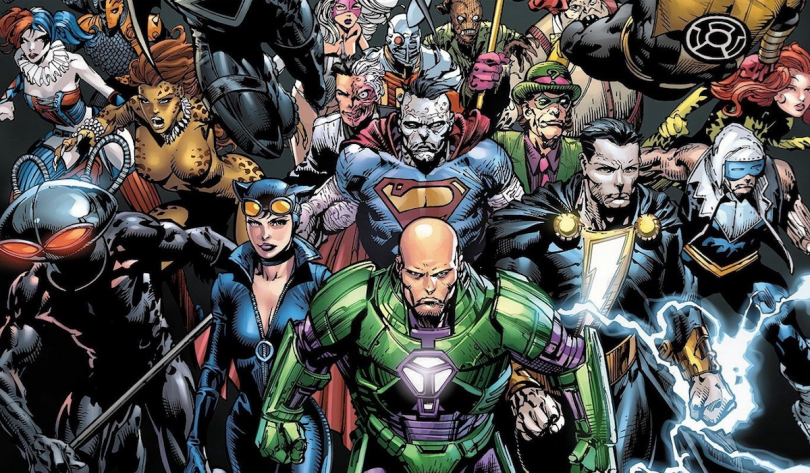 For many fans, the villains from DC comics and other media are as compelling and exciting (if not more so) than DC’s heroes. Some, like the Joker and Harley Quinn, have become so popular as to warrant their own films, though we will see how that all goes… The DCEU has a LOT of problems to fix, from behind-the-scenes shake ups to poor casting decisions to polarizing story concepts. But while having great villains in future movies would not solve all of the DCEU’s problems, a few well-written baddies would go a long way toward fixing the DCEU’s broken relationship with its fans and help entertain the general public.

So far, the DCEU’s villains have been mostly disappointing. The universe’s biggest ones, like Lex Luthor and the Joker, have been extremely divisive, and several smaller ones have been hit or miss (Zod and Deadshot were great, but Ares and Steppenwolf not so much.) Doctor Sivana, Ocean Master, Black Manta, and Cheetah all look promising so far (in Shazam! and Wonder Woman 1984, both due in 2019), but there are plenty more DC villains that we want to see. With that said, here are six choices that I think would fit well into the DCEU. 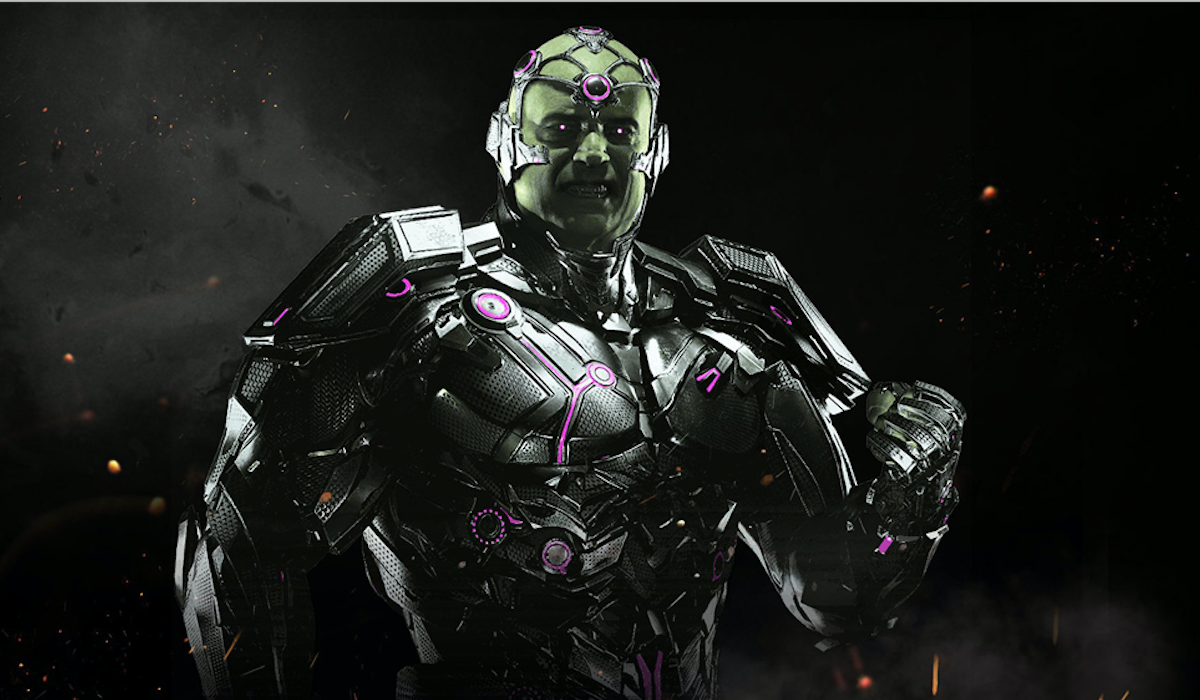 I have yet to see the TV series Krypton, but reactions to the inclusion of Brainiac as a main antagonist have generally been positive. The mix of prosthetic make-up and CGI looks great and I would hope that an appearance in the DCEU would feature a similar design. Brainiac is a great villain for Superman because he attacks Superman’s connection to his home world and exposes the duality of his character. Plus, and perhaps most importantly, Brainiac lends himself to a space-based adventure, which would be great new territory for a Superman stand-alone film or a Justice League sequel to embrace. Ralph Fiennes, from the Harry Potter and James Bond franchises, would bring the perfect calculating evil to the role. 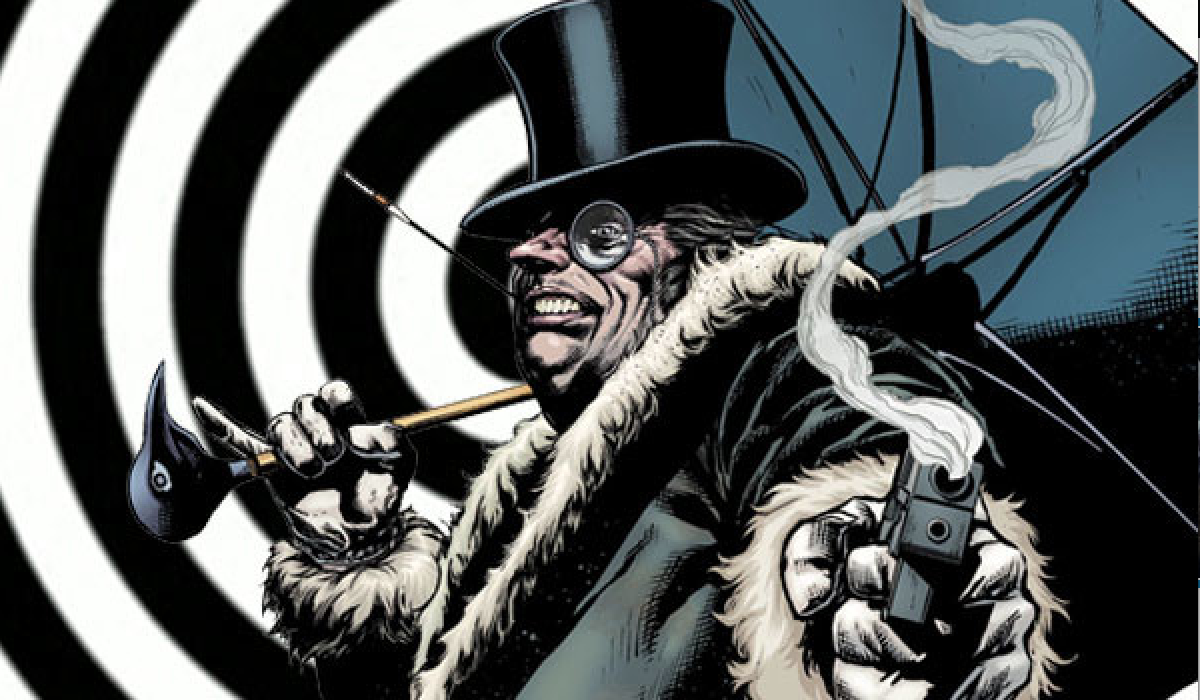 Oswald Cobblepot has evolved quite a bit since Danny DeVito‘s memorable portrayal in 1992’s Batman Returns. Gotham‘s take on the character is great, but shows the beginning of his career, whereas the DCEU should feature a much more seasoned Penguin as a foe in The Batman or in another Bat-Family story. Part of what makes the Penguin a complex character is his desire to appear legitimate in the eyes of the public. He would let his entire criminal empire fall, backstabbing everyone that’s ever worked for him, before the police could make any criminal charges stick. He should also be paired with a physically threatening henchman like Blockbuster or Killer Croc, just so that Batman has someone challenging to brawl. I would like to see the Penguin played by The Amazing Spider-Man 2‘s Paul Giamatti or Black Panther‘s Andy Serkis. 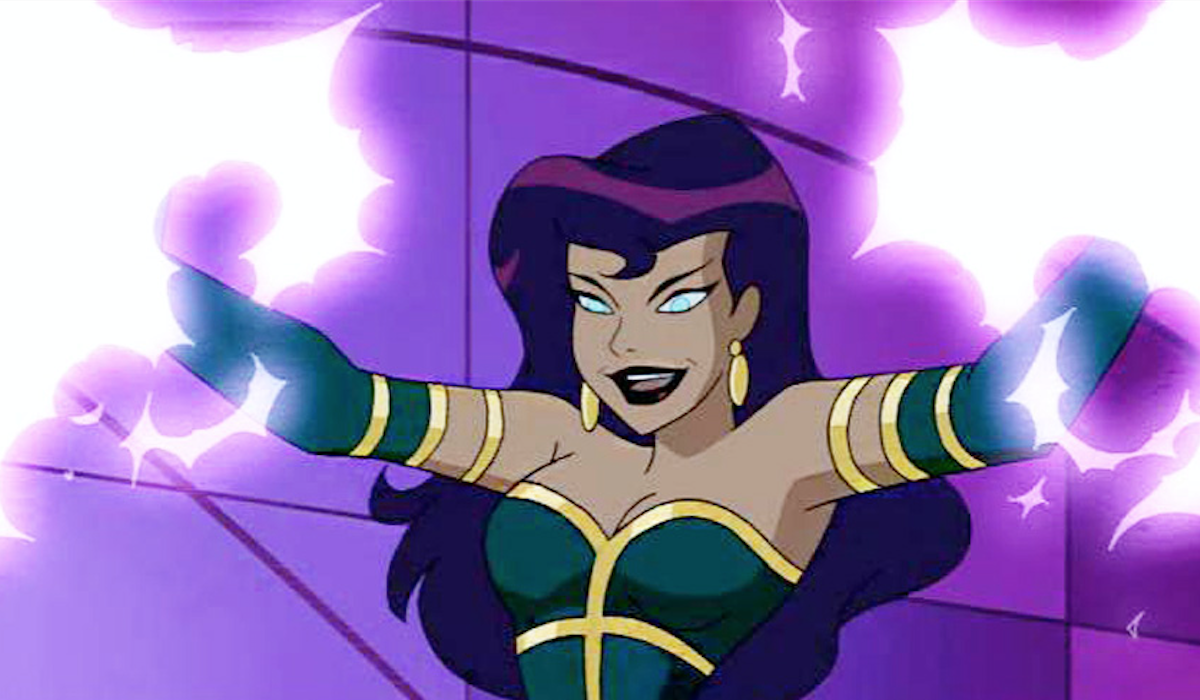 For a third Wonder Woman film, Diana will need a foe that works in any time period between 1984 and the events of Batman v Superman: Dawn of Justice. I think a magic-based villain could do the trick and of Wonder Woman’s magical baddies, Circe is the most compelling and connects tangentially to the world of the Greek gods. Circe is not necessarily evil, just someone who will go too far for her own selfish ends. She is the kind of villain that Wonder Woman could reconcile with by the end of the film. The DCEU would have to differentiate her from the Enchantress (who made a less than memorable appearance in 2016’s Suicide Squad), but I think casting the right actress for the part will go a long way in that regard. My pick: Casino Royale‘s Eva Green. 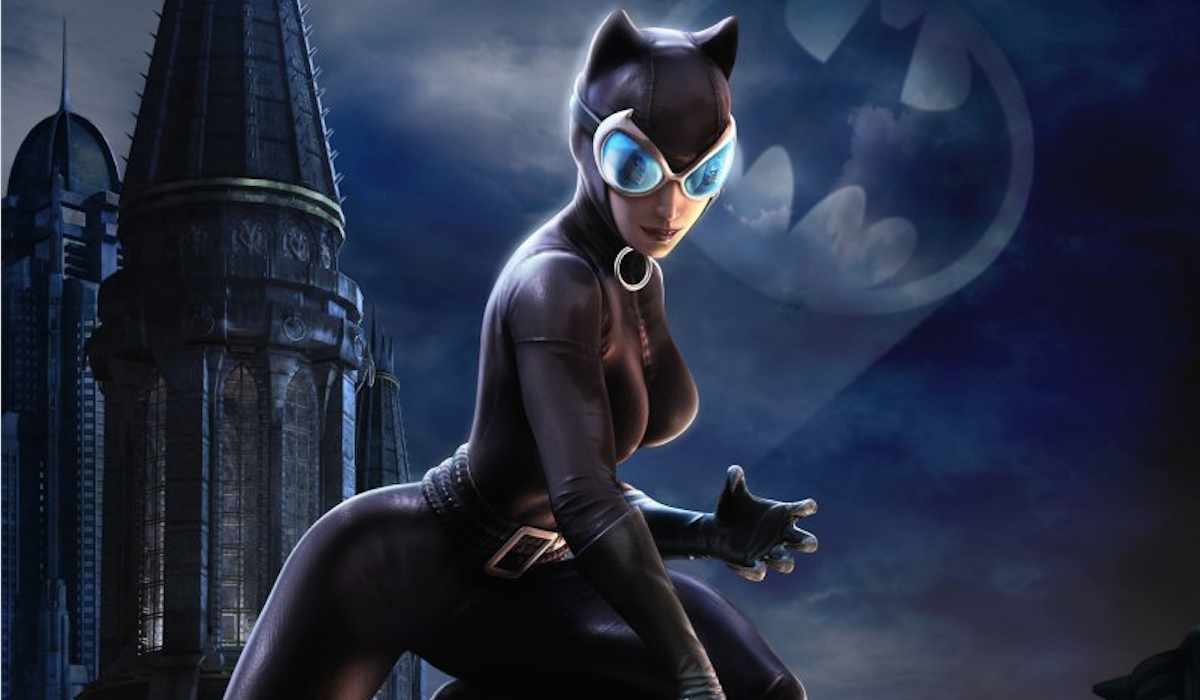 Catwoman in film has had her ups and downs over the years, from Michelle Pfeiffer‘s tortured performance to Halle Berry‘s… um… attempt. Catwoman’s real appeal comes in her long relationship with Batman and questioning whether they could ever be together without compromising their different ethical philosophies. The DCEU’s Catwoman should certainly appear in a Batman film, but could also hang out with the Birds of Prey or the Gotham City Sirens and serve as the connective tissue across all the Gotham-based characters. Selina Kyle is not an anti-hero exactly, but she’s a villain with a conscience and decency that aligns with our heroes when it counts. Because chemistry with Batman is a must, I have two picks depending on whether or not Ben Affleck stays in the role. If he does, I would like to see Westworld‘s Thandie Newton in the part. If they cast younger, Star Trek Beyond‘s Sofia Boutella would kick some serious ass in the role. 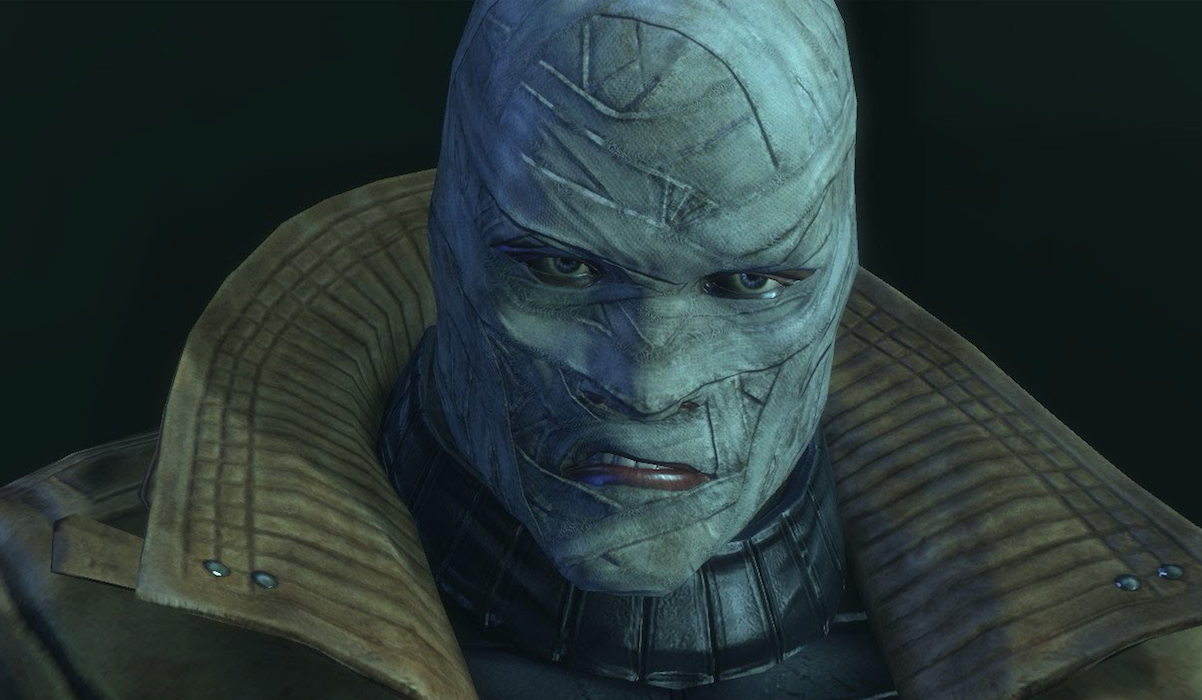 Fans have been screaming for Hush on the big screen since he first appeared in the comics in 2003. He works best when manipulating members of Batman’s rogues gallery into forming a larger plot against the caped crusader and his allies. Tweaked adaptations of the “Hush” or “Heart of Hush” storylines from the comics would work nicely, but any well-plotted mystery would be great. In the comics, Hush is really Bruce Wayne’s childhood friend, Dr. Thomas Elliot, but it could be interesting for a DCEU movie to reveal another character as Hush (or better yet, have two characters that both act as the bandaged villain throughout the film.) If Batfleck is in, cast Jason Bourne himself Matt Damon, but if we need a younger actor, then The Punisher‘s Ben Barnes would be great. 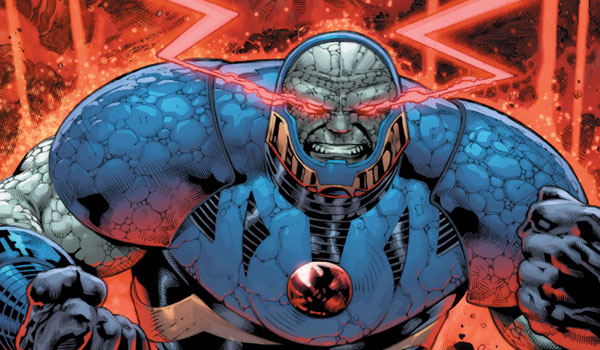 Now, Darkseid really should have been teased properly in Justice League, but there is still time to do his character justice- no pun intended. The ruler of Apokolips and master of Steppenwolf is a foreboding villain, maybe the most powerful in the DC universe that audiences are familiar with. The best thing for the DCEU to do is to play the long game with Darkseid. Story-wise, this will help build anticipation for the character, but it will also put some distance between Darkseid and Thanos, Marvel’s very similar big-bad. Maybe Darkseid could be teased in a Superman or New Gods film and then appear in a Justice League team-up? My choice to play Darkseid might be a bit unconventional, but I can’t imagine anyone better for the part than Brooklyn Nine-Nine‘s Andre Braugher (who already voiced him in Superman/Batman: Apocalypse!)

What do you think of my choices? Which villains would you like to see in the DCEU? And who should play them? Sound off in the comments or send us your thoughts on Facebook or Twitter!