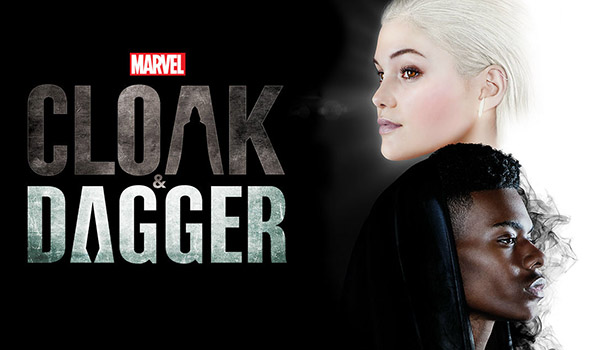 The main theme of Cloak & Dagger Season 1 can be summed up in two words: black and white. Fear and hope, dark and light, black skin and white skin. These dualities form the core of Marvel’s latest TV series, which takes a no-holds-barred look at modern racism through the lens of superpowers.

The first episode opens eight years ago. Tandy is a young girl on her way home from ballet while Tyrone is a young boy on a path to becoming a criminal. When we come back to the present, it seems are continuing in a stereotypical way. However, at just about the moment when I thought “wouldn’t it be cool to just once see a show where the blonde girl is poor and the black boy is rich?” – the show subverted my expectations and revealed exactly that.

In this story, the blonde Tandy is a grifter, sleeping rough in an abandoned church and conning rich kids out of their cash. Tyrone, on the other hand, has wealthy parents and attends a prep school. However, the series goes to great lengths to show that even today, racism has found ways to cross class boundaries.

Tyrone’s journey centres around his attempts to bring a crooked cop to justice for shooting his innocent brother. Just as Luke Cage‘s bullet-proof black man felt timely, so too do the themes presented here. The white cop is able to get away with covering up the murder for nearly a decade, while no one even believes Tyrone’s eye-witness account. Later, the villain’s ultimate plan to get rid of Tyrone once and for all hinges on Ty being black. 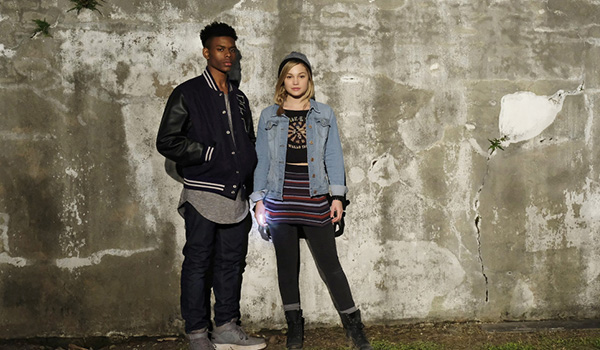 Meanwhile, Tandy uses the fact that she is a white girl to her advantage to pull her cons. She seems to have the ability to get in anywhere – ironic considering Ty is the one with teleportation powers. From fancy weddings to charity galas, Tandy can talk her way in.

Even their powers reflect their cultural status. Tandy sees people’s hopes while Ty sees people’s fears. Despite being a poor, drug-addict con artist, Tandy can still hope for a better life simply because she’s white. Later in the series, a character offers Tandy a job she’s not qualified for simply because of who her father is. It’s hard to imagine Tyrone getting the same treatment.

In fact, Tyrone’s fear powers reveals some harsh truths about the world. His mother’s greatest fear is losing her remaining son. In an emotional scene late in the season she reveals that Tyrone being a black witness to a crime committed by a white cop is at the centre of her fear. Despite their wealth and prominence, the colour of their skin still makes them vulnerable.

Ty and Tandy even discuss these issues. Tyrone laments that he could never walk into a police station and accuse a cop outright because he’s black. Tandy shrugs this off, but Tyrone pushes back, talking about how he can’t even go into a department store without getting looks. It’s a stark reminder that despite the progress over the last 50 years, racism still exists. And even teleporters can’t escape it.

Speaking of which, the pair’s other powers play an important part in the theme too. Tandy can create light daggers. The first time she uses one, she stabs a would-be rapist in self-defence. When she later tells a cop what she did (without mentioning her superpowers), she once again shows her privilege by getting off scott-free.

Tyrone, on the other hand, can teleport. Or rather, he can run away from any situation. If only Tyrone’s brother had had that power, he wouldn’t have been a victim of being black in the wrong place at the wrong time. So, where Tandy can attack anyone without fear of consequences, Tyrone can find escape in even the most hopeless of situations.

All of this elevates Cloak & Dagger from being just another superhero show. Even though the series is about superpowered teenagers, it’s clearly written for adults (a stark contrast to the various DC CW series are shows about adults but for teens). The way the show incorporates the powers of the two characters into a powerful metaphor creates a unique commentary on the world today.

What did you think of Cloak & Dagger Season 1? Let us know on Twitter or in the comments below.