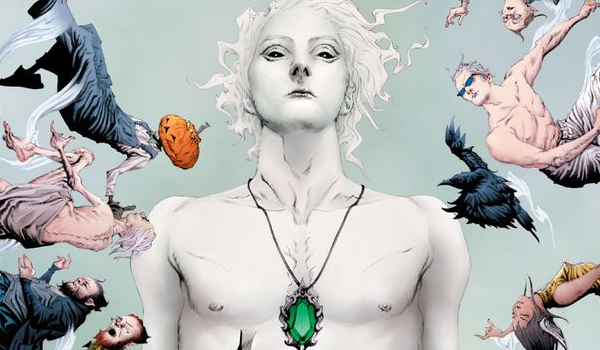 Let me begin by saying that this is a list that’s particularly close to my heart. When I was but a wee little girl of thirteen years I came across my first Sandman title. It was love at first panel. Sandman remains one of my favorite series in any medium. And more than that, Sandman was my gateway to the wonderful world of comics. So it is with a great deal of excitement that I consider the upcoming series. Join me now as I ruminate on all the wondrous possibilities for this literary homecoming. 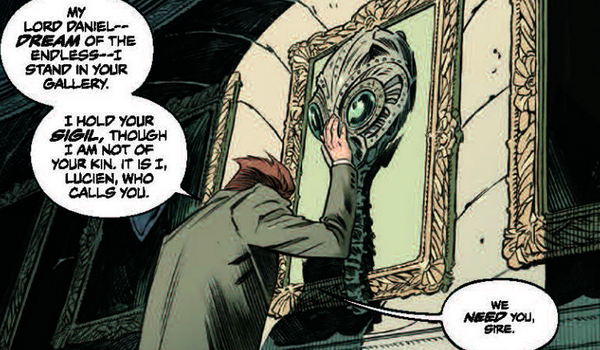 As part of the new Sandman series we have four new books. The Dreaming by writer Si Spurrier and artist Bilquis Evely, House of Whispers by writer Nalo Hopkinson and artist Dominike “Domo” Stanton, Lucifer by writer Dan Watters and artists Max Fiumara and Sebastian Fiumara, and Books of Magic by writer Kat Howard and artist Tom Fowler. These aren’t the first comics set in the Sandman universe. Hell the new Lucifer and Books of Magic aren’t even the first iteration of these particular titles. Along with the earlier versions of Lucifer and Books of Magic we’ve also had Thessaly, Death, Endless Nights, and most recently Overture. Some of these books were part of the original Sandman story-line, others were entirely new stories. But in each book characters from one story were able to enter another. Dream meeting Timothy Hunter or Death hanging out with Foxglove and Hazel. Lines between stories are always on the thin side when it comes to Sandman.

The first issue of the new EU will be The Sandman Universe #1, a single comic to introduce us to the over-arching story and each new series. What connections there are between individual books remains unknown. But if there’s one thing Sandman has always managed it’s weaving together a cohesive world from an endless collection of sources. With such a talented team of artists and writers working on each new title we’re just jumping at the bit to see if and how their stories intersect. 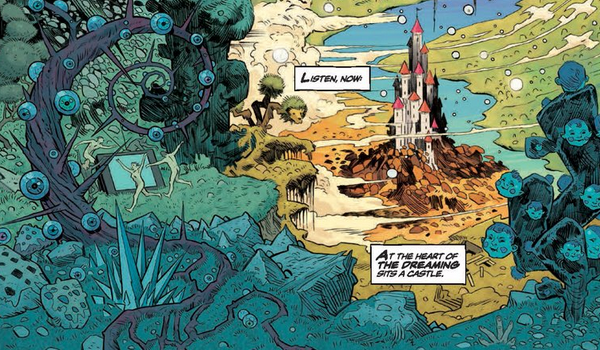 One of the most striking aspects of the original Sandman was the art. Now as comics are a visual medium art is of course always extremely important. But Sandman had both the freedom and the strangeness to really take things in some bold directions. Whether it’s Dave McKean‘s incomparable covers, Charles Vess‘ Elizabethan fae, or P. Craig Russell‘s dreamy Bagdad Sandman has always been visually striking. And this new selection of artists does not disappoint. Previews of the books are, not to put too fine a point on things, positively breathtaking.

Everly illustrates The Dreaming with a delicate, airy style. Her fine line work allowing for fluidity and expression. Working on House of Whispers we have Stanton bringing a brilliant style to his title. His previews are bright and joyously alive, ironic for a book about a woman suffering from Cotard’s Delusion. The brothers Fiumara are illustrating Lucifer. They will be bringing a misty, atmospheric style to the series, perfect for the Prince of Darkness. And in Books of Magic we have Fowler with dyanmic, bold illustrations. Given that so much of Timothy Hunter’s story is about his twin futures (as greatest magician or greatest villain) Fowler’s grasp of movement makes him a perfect match. With these artists we’re not only gaining new stories, but entirely new and brilliant worlds. 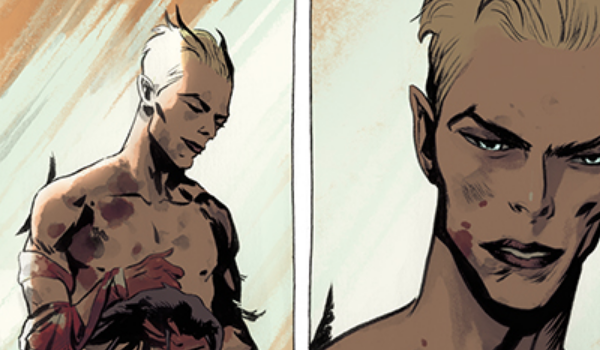 When the original Sandman series concluded way back in 1996 it closed on a vast and beautiful universe. Neil Gaiman had created an epic, and of course such dramatic storytelling came with suitably dramatic characters. From moody, conflicting Dream, to peachy-keen Death the Endless shone both as individuals and abstract concepts. And there were also the grand gods, the enchanting fae, and the endless variety of Dreaming inhabitants. But along with such striking figures Sandman also brought us an incredible collection of mortals with which to fall in love.

Following a long running series can sometimes feel a little bit like a relationship. We watch characters and stories grow and change. It’s all too easy to get attached. So when a series ends it can be somewhat painful to let go. All this to say that returning to the Sandman universe feels something like meeting an old and beloved friend. So far we know that The Dreaming will bring us Lucien and Nuala. House of Whispers brings us a new house to sit with those of Mysteries and Secrets, and of course their dysfunctional denizens. Lucifer brings back everyone’s favorite fallen angel. And Books of Magic resurrects the ’94 series with the same name and same lead. All in all a promising reunion for these beloved characters. 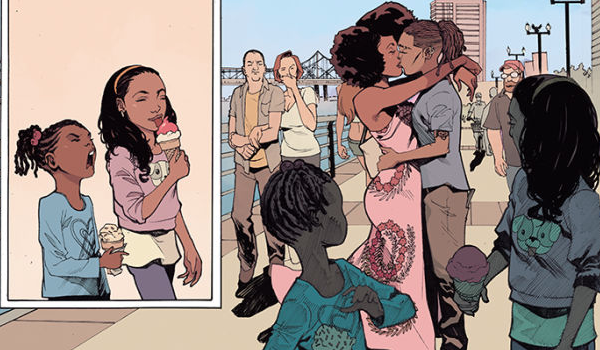 Of course along with our familiar cast we also get to meet a whole new selection of personalities. One of the greatest strengths of Sandman was in its variety in tone, subject, and of course inhabitants. You could find superheroes in one chapter, ancient gods in the next, while the one-and-only Emperor of these United States might make an appearance in still another issue. But still, each and every character came with their own fully realized background, mind, and heart.

So far the only new member of The Dreaming for whom we have a name is the “monstress” Dora (though near as I can tell the only thing even remotely monstrous about her is that she has wings for ears). We have a whole new cast for House of Whispers where we meet a woman named Latoya along with her girlfriend, sisters, and the Orisha Erzulie. Meanwhile along with the Morning Star Lucifer brings us a dying police officer looking to kill him. And while Books of Magic looks to follow the same boy wizard as before the series was known to cross time, place, and worlds, giving ample opportunity to find a whole new collection of characters. Regardless of which series you follow there’s to be a new cast. And I for one cannot wait to meet them. 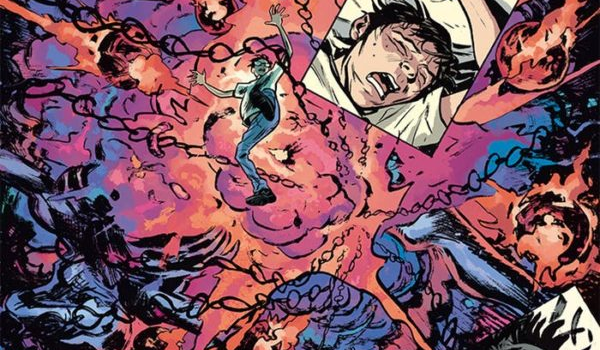 The original Sandman ran from ’89-’96 and is very much grounded in the time (at least the parts set in the contemporary waking world). From Dream’s Robert Smith locks to Rose’s vaguely grunge aesthetic Sandman is distinctly of the ’90s. But stories change with the setting and so shall our new tales. Has the Corinthian adopted a new look? What’s old Hob been up to in the twenty odd years since last we saw him? And what does Lucien’s Library look like in the age of AO3?

But it’s not just updates, Books of Magic is being rebooted entirely. Here we have young Timothy Hunter finding out he’s part of a secret magical world all over again. When Gaiman’s original story debuted we were living in a rather different media landscape. Gaiman himself has said that he’s excited by

“…starting it again in 2018. Books of Magic was an idea I came up with and did 30 years ago and loved and had an enormous amount of fun with. It was pre-Harry Potter, and the idea of a bespectacled, tousled 12-year-old boy with an owl learning magic was this sort of weird new thing we were trying to figure out as it went along. I love the idea of starting that again now, because now you’re in a universe in which everybody and their brother knows how that kind of story ought to go.”

It’ll be interesting to see how this Timothy Hunter and his story differs from his first iteration. 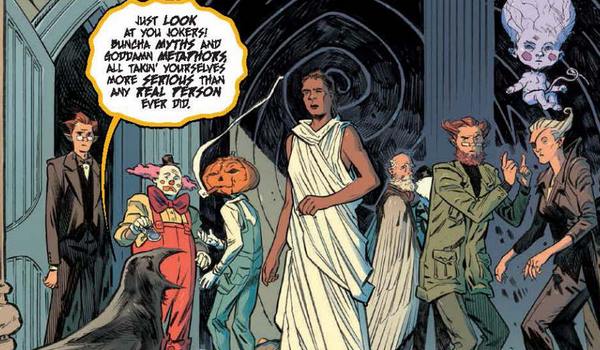 I’ve been reiterating throughout this list how Sandman has always straddled worlds. From the first issues Dream has roamed through the DC/Veritgo universe with a certain flexibility offered to few other characters. J’onn J’onzz, Batman, Superman, and of course John Constantine all make an appearance in the original series. But beyond comic book boundaries Sandman was always more than willing to flow through worlds of myth, literature, and art.

When Sandman ended those worlds certainly didn’t disappear but there wasn’t really anything that quite explored them in the same way. Oh sure, we’ve had other Sandman stories, but with the exceptions of Overture and the earlier Endless Nights none of them have been able to cover quite the same territory. None of them have been able to highlight the ways in which the Sandman universe functions within itself and the wider world of fiction. I’ve always felt that a lost opportunity. With so many brilliant new books we finally have a chance to return to those old worlds once more.

When Sandman first concluded it was unlike anything else. It was on a sprawling, beautiful, graceful mess of a story. And it was a world ripe for more tales. Now after over twenty years we eagerly return to those beautiful old haunts. And we’re just thrilled to see what awaits.

So how about you Capers? What new Sandman book are you excited to read? What are you looking forward to in the Sandman EU? Let us know in the comments section below or send us a Tweet!