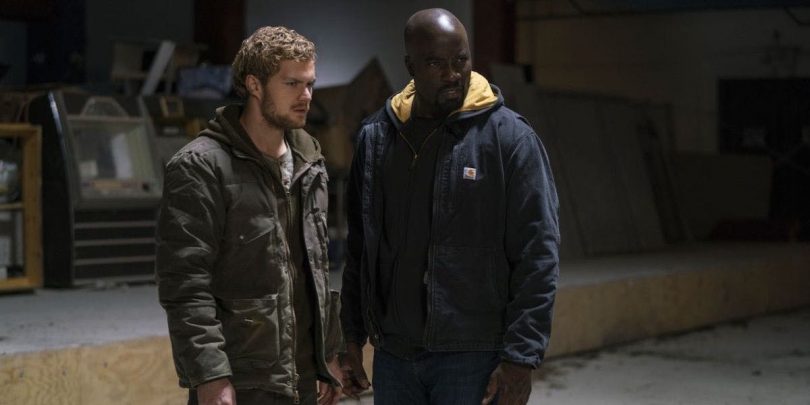 Many were shocked at Netflix’s announcement last week that Luke Cage was being cancelled, just a week after the announcement that fellow Marvel show Iron Fist was also finished.

The various Marvel Netflix series – including Daredevil, Jessica Jones, The Defenders, and The Punisher – have been mainstays in Netflix’s original programming since 2015. With their links to the Marvel Cinematic Universe, the shows have proven popular with critics and fans alike.

So why cancel them now?

Okay, so maybe I lied a bit two sentences ago. Fans and critics loved the first seasons of Daredevil and Jessica Jones. But since then, many have seen a decline in quality for the Netflix shows, especially in Iron Fist.

Season 1 of Iron Fist was universally panned, and Season 2 fared only mildly better. While Netflix is notoriously tight lipped about their internal ratings, it’s fair to imagine the numbers on Iron Fist Season 2 were quite low.

However, Luke Cage Season 2 was seen by many to be a return to form, one of the better seasons in the Defenders universe.

So the question becomes why would Netflix cancel two shows that were clearly on an upswing in quality? While “viewership” seems to be the only real answer, we can’t know for sure. On the other hand, maybe Netflix has a new plan for these characters.

Netflix confirmed in their original statement that “[w]hile the series on Netflix has ended, the immortal Iron Fist will live on.” Originally, many fans assumed that this meant Danny would be heading up to the Harlem to reunite with Luke Cage. After all, one of the best episodes of Luke Cage Season 2 was when Danny Rand showed up to help out Harlem’s Hero. Just as importantly, fans have noted the great chemistry between Misty Knight and Colleen Wing. Bringing both Danny and Colleen back onto Luke Cage felt like the logical choice.

But now that Luke Cage has been cancelled as well, the fan-theory that Netflix may develop a Heroes For Hire is gaining steam. Given that Luke Cage is an even more popular character than Iron Fist, it holds that Netflix would want to keep the character around. Fans have been clamouring for a Heroes For Hire show ever since the two characters met on screen in The Defenders. Seems like a no brainer.

It would also make more sense for Netflix to go in this direction with a brand new show instead of trying to have Luke Cage absorb Iron Fist. Luke Cage has a very distinct visual and musical aesthetic that might not work if the story moves in a new direction. This way, the show runners can start from scratch and give the new show it’s own look and feel.

Another theory about the cancellations is related to the upcoming Disney streaming service. Disney has made no secret that it plans for its service to directly compete with Netflix. Since Disney owns Marvel, that means no more Marvel content on Netflix.

Except for these shows.

See, the rights to these shows are rather complicated. It also seems that Disney doesn’t want to develop any R-rated content on its new service. And that means the Marvel Netflix shows are staying where they are. For now anyway.

The rumour around town is that Netflix may continue to retain the rights to stream the Marvel series, but Disney may prevent them from making any more. So at some point, Netflix may not have a choice about whether to cancel these shows or not.

It’s possible that Netflix is preemptively cancelling these shows on their own terms before the axe comes down from Disney. However, it seems more likely that Netflix would want to focus their attention on the shows that are performing well – Daredevil, Jessica Jones – rather than waste time trying to revive series that no one cared for much in the first place.

At the moment, the only Marvel property still in development at Netflix is The Punisher Season 2, which has wrapped filming and is expected to be released next year. Jessica Jones has technically been renewed for a third season, but as it has yet to begin production it could still be axed. It’s unlikely that we will see another season of The Defenders as it was intended as a one-off miniseries. There is a good chance we’ll get another season of Daredevil – especially given the positive buzz around the newly released third season.

So Netflix may continue with only a couple Marvel shows or just give up on them entirely. With Disney holding the reins to the rights, the shows exist in a bit of a legal limbo. Wouldn’t it be better to focus on properties they own outright?

Last year, Netflix acquired the rights to comic writer Mark Millar‘s Millarworld, which includes all of his original creations. Since acquiring these rights, Netflix have announced two series, three films, and even their first comic based on Millarworld properties.

With so much content in the pipeline for comic fans, Netflix could pull funding from their old Marvel shows to make way the new Millarworld. Why spend money contributing to the MCU when Netflix can develop their own cinematic universe?

Sadly, as previously mentioned, Netflix doesn’t like to share the reasoning behind its decisions, so these theories could completely off-base. We’ll just have to wait and see what happens to the remaining Defenders shows.

Personally, whatever happens to the characters in the future, I think Netflix has made the right decision in cancelling Luke Cage and Iron Fist. I would love to see a Heroes For Hire show. Hell, cancel Jessica Jones and throw her into the mix too. Daredevil and The Punisher work best on their own anyway. I just hope this isn’t the beginning of the end of the Defenders universe.

What do you think of Netflix’s decision to cancel Luke Cage and Iron Fist? Do you agree that it’s the right decision for the characters or should they have continued on their solo ventures? Sound off in the comments or let me know on Twitter.