Home » Post-Suicide Squad: Where Does the DCEU Joker Go From Here? 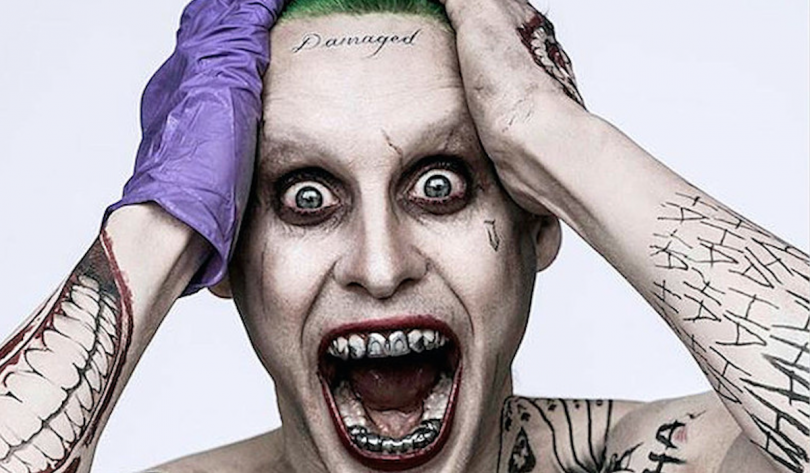 We all agree that Suicide Squad was just terrible. In addition to the choppy storytelling, the forced humour and the lack of a good plot, the worst thing about Suicide Squad was the inclusion of the Joker. Jared Leto‘s Joker was just not good for a number of reasons, from his lack of development to strange character design.

But luckily, now that James Gunn is at the helm of Suicide Squad 2, news has just broken that Leto’s Joker will be shelved for the foreseeable future. Frankly, this was the best decision for everyone.

The Ups and (Mainly) Downs of the DCEU Joker

The sad thing is, this could have been a good concept of the Joker. Had they gone the route of him being the primary villain, we could have seen something great in Suicide Squad. However, after executive meddling from Warner Brothers and/or DC, Leto’s Joker was just not important enough to the plot. He was barely a character. It’s pretty obvious the DCEU relied too heavily on the audience’s prior knowledge of the Joker and his draw as one of Batman’s greatest villains. For all intent purposes, the Joker was just… there.

Additionally, the design was just not right for the Joker. For one, the tattoos were kind of pointless. Who thought it was a good idea to have “damaged” tattooed on the Joker’s forehead? And good Lord, the grills on his teeth were just ridiculous. We get they were trying to make something fresh and new, aiming for a younger audience. But… no. Just no. They really needed to draw from his portrayals in the comics. Sometimes, it’s best to stick with the classics.

Reception by fans was not great, especially after The Dark Knight had Heath Ledger‘s Joker steal the spotlight of that entire movie. It really didn’t help that word got out Leto was taking his method acting to the next level of creepiness. According to his fellow actors, he went so far as to send dead creatures to his cast-mates. Not surprisingly, most found his behaviour to be completely disturbing.

We can only hope that Warner Brothers and DC will bury this incarnation of the Joker under Joaquin Phoenix‘s portrayal.

How the DCEU Can Fix The Joker

So the question is: now that the DCEU has shelved Leto’s Joker, what does that mean for any future Batman-related titles?

The best thing the DCEU can do is follow the Multiple Joker theory. In the comics, specifically DC Universe: Rebirth, it is revealed that there may be three Jokers. If they want to follow this theory, have the Joker be a mantle. Let the overall theme of Batman’s story be Gotham needs a Joker just as much as a Dark Knight. After all, Batman and Joker are made to be two sides of the same coin. One bad day and subsequent choices made both these men as we see them today.

With 80 years of comic books and storylines to choose from, crafting new Jokers should be relatively doable. Additionally, since the creators of The Joker (with Phoenix) have already stated that their movie is not set in the DCEU, it only makes sense to embrace the idea of multiple Jokers. Plus, those who abhorred Leto’s Joker can just pretend he wasn’t the real thing. Everyone wins in the end.

In regards to Harley Quinn and Joker’s relationship, it would be best that Harley never goes back to the Joker. In Birds of Prey or Suicide Squad 2, there really should only be vague references to Joker.  At this point, most people know either from Suicide Squad, the comics, or Batman the Animated Series Harley Quinn’s relationship with the Joker is part of her origin story. Their messed up relationship does not need a rehash.  Harley Quinn is a far better character without the Joker anyway.

It’s clear on all fronts that Leto’s Joker needed to disappear from the DCEU. We deserve a better version of Joker. And finally someone’s listening.

Did you like the DCEU Joker? Or, are you glad that he’s being shelved for any future movies? And what are your thoughts on the upcoming The Joker? Let us know in the comments or send us your thoughts on Facebook or Twitter!