Home » 6 Reasons to Get Excited for DC’s Shazam! 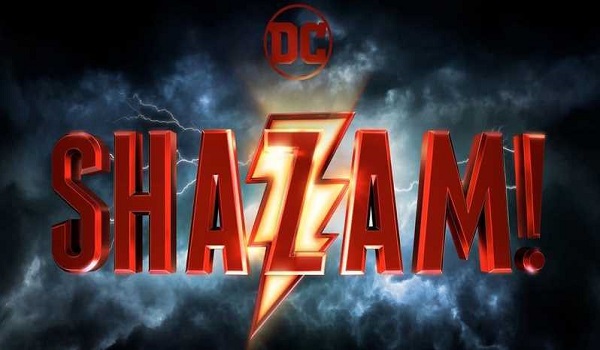 DC’s Shazam! will be out on April 5, 2019. It is going to be the latest movie out of DC and WB’s attempts to revive the DCEU. With the relative success of Aquaman, there are high hopes that Shazam! will be another bright spot for the franchise.

Shazam! is the story of 14-year-old orphan Billy Batson who is gifted by the wizard Shazam to be the World’s Mightiest Mortal and his champion, the hero Shazam! Directed by David F. Sandberg, starring the likes of young Asher Angel and Zachary Levi as the titular characters, Mark Strong as Dr. Sivana, and Djimon Hounsou as the Wizard, the marketing and trailers for it might indicate the final push to the DCEU becoming light, good, and fun and not dark, gritty and terrible, like the early movies. So with this all in mind, here are six reasons why you should be excited for DC’s Shazam! 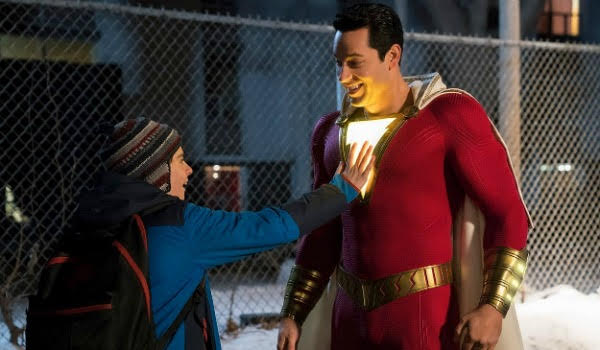 To be fair, it does look like it’s going be fun. The director and the main actor both describe it as “Big but with Superpowers.” Since it does have two teenage protagonists (Billy and Freddy), there’s going to be more humour than serious moments. But I hope they balance the fun, humour stuff with the serious stuff because, Billy is a foster kid with serious trust issues. But if Aquaman was balanced enough, Shazam! might yet to prove to be a blast.

The colours actually make it look like it was pulled from the pages of a comic book. From the trailers, the bright colours clearly indicate the hopeful nature of the tone of the movie. Even though I still don’t like the hero’s costume, at least the colour scheme matches and are not darker shades like Superman and Wonder Woman’s costumes. 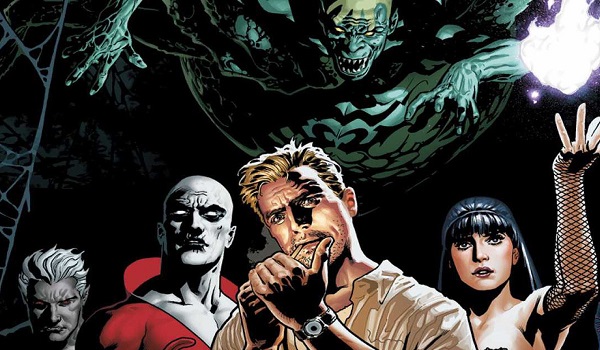 Shazam! opens the DCEU to the magical side of its extended universe. Magic is one of the biggest aspects of the overall DC Universe. Shazam is not the only magical user. If they are still going to go with Justice League Dark, John Constantine, Zantanna Zatara, Madame Xanadu, Doctor Fate and others may get to shine. Of course, Shazam originally wasn’t a completely magical character. There were a lot of sci-fi elements to the original Fawcett Captain Marvel comics and the 1970’s DC’s Shazam comics. It’s only from the 1990’s on that Shazam became more focused on the magic aspect of the character and his story to distinguish themselves from Superman and his mythos.

I am interested to see how Dr. Sivana plays the whole combining science and magic angle, which could have a greater impact on the DCEU if the movie does well at the box office. 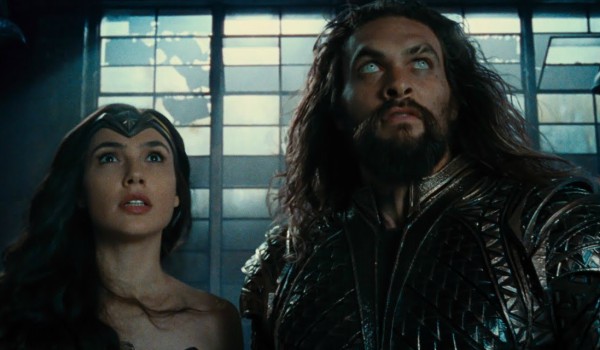 As with all superhero movies, there have been teases of various cameos in Shazam! from the likes of Superman to Wonder Woman. Frankly, I would love to see Gal Gadot reprise her role as Wonder Woman for a cameo or even Henry Cavill as Superman in some capacity. The Rock‘s Black Adam was also being teased at maybe cameos. But I would rather Black Adam get his movie first before having him in Shazam!

In addition to cameos, the trailers definitely tell a story filled with Easter eggs for eagle-eyed viewers to spot. Freddy’s room alone is a trove of trinkets (like the Batarang) and newspaper clippings (but who uses actually newspapers anymore? Certainly not teenagers in the 21st century). I expect that Freddy will be the source for most of the call-outs to the other superheroes, with Billy being increasingly confused about it all. Freddy is a true fanboy.

3. New Life into An Old Character 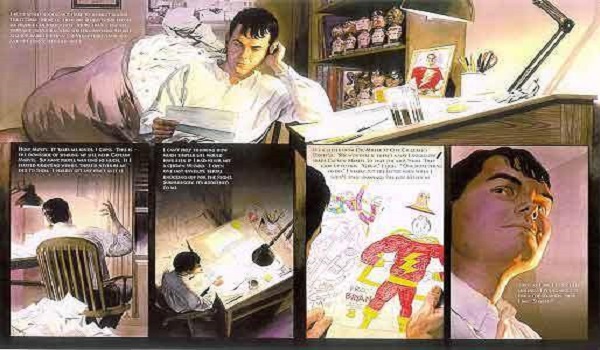 The story of Billy Batson, the Fawcett Captain Marvel AKA DC’s Shazam, and his extended family and universe was created all the way back in 1941. The hero was just as old as Wonder Woman and only a couple of years younger than Superman and Batman. Comic historians constantly put the Fawcett Captain Marvel as one of the big seven of comic book superheroes. However, since the 1950’s saw the shut down of Fawcett Comics (after being sued into submission by DC, let’s be real about it), the character was almost lost to the ages. But the timelessness of the story about a boy who can say a magic word and turn into a fully grown adult superhero with the power of gods and heroes from ancient times caused DC to buy the rights to all the Fawcett Golden Age characters to put them in their comics in the 1970’s.

However, DC barely had an idea what to do with the character for ages–many times, reinventing the Shazam family or attempting modernise it did not go over well with some people, especially Geoff Johns‘ New 52 Shazam! The fact that they greenlit a movie and actually made it was astounding. The success of Shazam! could very well breathe life into creating more comics and cartoons with the Shazam Family for a new generation. And that’s truly awesome, because it is an interesting world of Shazam and his supporting cast.

2. The Shazam Family (But Mostly Mary) 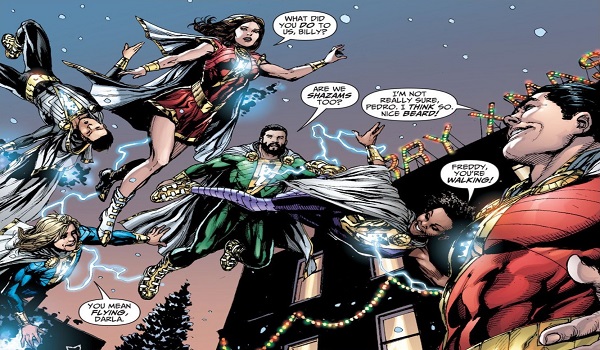 While I doubt we will be seeing Freddy’s alter ego or Mary’s alter ego quite yet, I am excited that they and the other foster kids will be featured. I think extending Billy’s family was a great idea. Fawcett’s Marvel Family was always the core of a lot of the best Golden Age stories. To be fair, I want to see Mary Marvel. I don’t know what they are going to rename her since they can’t use the “Marvel” moniker even if it is great alliteration.

More than Freddy or Billy, I really want to have a movie for Mary. I know that’s reaching, but I can dream. She’s the reliable sister of Billy with an equal power set and I want to see her struggles, especially living in the shadow of Shazam as her brother. Mary was created in a time when every male superhero had a female counterpart that was just a bit weaker, just a bit more helpless at first. Mary can be a great character (You should check out one of the best Mary stories in DC Bombshells, a creative retelling of WWII).

I want Freddy to shine too. He’s already great in the trailers from what I see. And I want the other three kids, Eugene, Darla and Pedro to be expanded on with actual characters and their own back-stories. 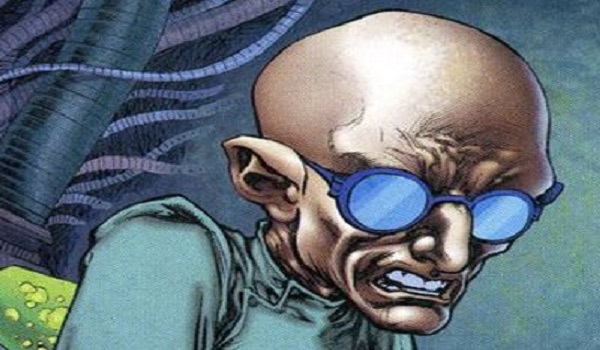 Needless to say, the top thing to be excited about is the epic clash between Shazam and Sivana. Sivana was the big bad of this hero’s story long before Black Adam was around, so it was only fitting to see Sivana as the bad guy. Sivana is a compelling villain in his own right. An scientist and businessman, Sivana had clashed many times with the Big Red Cheese and had never faltered even if he knew that his enemy was a child/teenager.

Sivana also has his own extended family (a wife and three kids) that will probably be referenced, so how that is incorporated will be interesting to see and if something to do with them has to do with the plot. The big battle is something I hope is done well. DC and WB have the tendency to have their final battles filled with CGI and bright explosions. While I expect some sort of explosions, I really hope the CGI of the final battle won’t be terrible.

There you have it, six reasons why you should be excited. You should go and see Shazam! in theatres on April 5th and see if it is the fun time marketed to us and if this bright cheery direction of the DC movies are here to stay.