Home » 6 Batman Villains Who Should Have Joker-Style Movies

Joker has proven to be a polarising film with critics and audiences. Guided by a fantastic performance by Jaoquin Phoenix, and taking a very blunt condemnation on society’s attitude towards mental illness and austerity, Warner Bros. has hinted that the film’s success could begin a new DC Black or Elseworlds film label outside of the DCEU. More than likely, the success of Joker will lead to other Batman villains getting their own origin movies similar in tone and style. Here are six members of Batman’s rogue gallery who could be fascinating and subjects for their own films. These movies could take place in the same, or a similar realistic setting to Joker, or within the wider DCEU.

Disclaimer: This article contains spoilers for Joker. Read on at your own discretion. 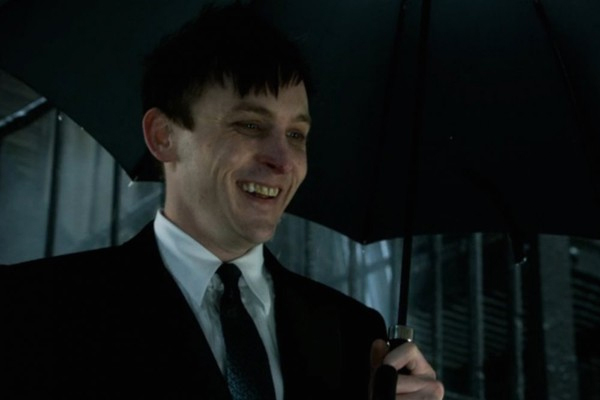 Perhaps the most famous Batman villain after the Joker is the Penguin. Rather than being insane like most of Gotham’s criminals, Penguin is relatively normal, aside from his funny appearance and cool umbrellas. Oswald comes from the prestigious Cobblepots, Gotham’s second family after the Waynes. With Thomas Wayne dead and Gotham falling apart, Oswald could come to the city to bring order and dignity back to it. However, due to his odd appearance and habits, Oswald is rejected by high society, regardless of his family name. This puts him on a darker, Michael Corleone-esque path into the criminal underworld to rise to power.  I take influence from the Penguin’s portrayal in Gotham, where he became a mob boss through manipulation against all sides. He could wield Bulgarian umbrellas, mechanized weapons that injects poisonous pallets into victims. This could easily be reworked into hidden firearms. 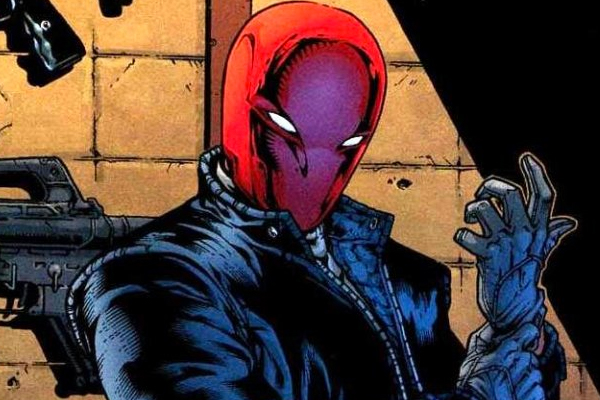 The title of Red Hood has been owned by several characters, including an alias for the Joker, and for Jason Todd, the second Robin. Jason uses this guise to bring about his own brand of justice, ignoring Batman’s no-killing policy. Jason wishes to free Gotham of corruption, though with often violent, anti-hero means. Giving Jason Todd his own movie would be excellent, but a couple of films beforehand would be needed, including one adapting A Death in the Family. The alternative, if set in the “Jokerverse”, would be to follow Venom’s example, detaching his link to Batman. Jason could be a downtrodden kid who sees injustice as wrong, puts on his red mask, and takes to the streets to clean up corruption as a violent vigilante. Another idea is for Red Hood to be an anthology film, based around the mask and title being passed on from person to person, each with their own reasons to don the role. 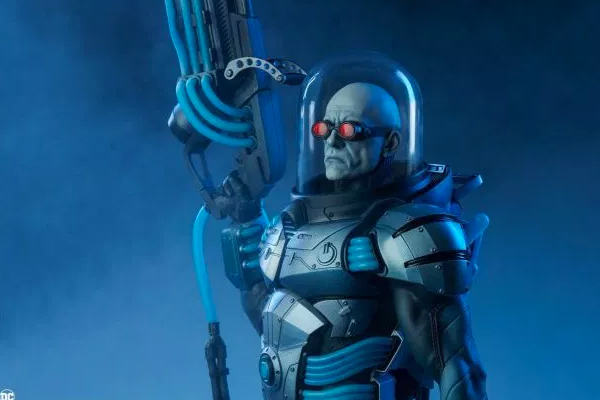 Arnold Schwarzenegger’s performance in Batman and Robin likely doomed Mr. Freeze from appearing in another movie forever. However, I feel the character has a lot of potential if done correctly. Mr. Freeze is a very tragic character who commits crimes for love. His wife Nora suffers from a fatal disease, so he cryofreezes her to delay her suffering. But, interference from his employer, Ferris Boyle, leads to Freeze’s accident, confining him to his icy bodysuit. While his traditional backstory would likely not fit in a realistic setting, his desperate mission to save Nora could. Victor Fries would have to go to great risks in order to get the funding and equipment needed to save his wife, perhaps even going on a vengeance spree against Boyle. As for his usual ice gun, perhaps Mr. Freeze could weaponise liquid nitrogen, using his knowledge of chemicals to his advantage. At the heart of his character is a question – How far would you go to save someone you loved? 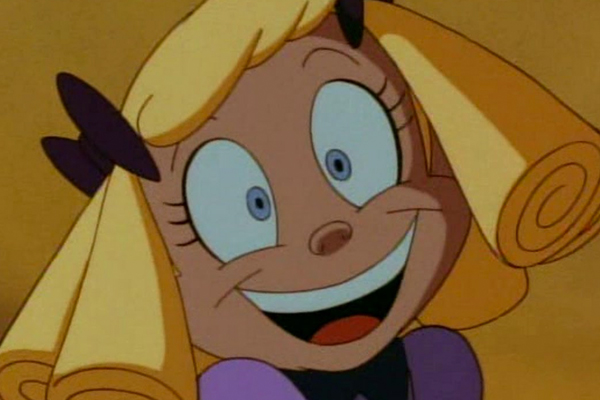 You didn’t see this one coming, did you? A character exclusive to Batman: The Animated Series, Baby Doll was a literally childish yet very sympathetic character. Mary Louise Dahl was a television actress who suffered from hypopituitarism, which stunted her physical growth, leaving her with the looks of a toddler. This prevented her career from growing beyond her popular family sitcom, prompting Baby Doll to kidnap her former co-stars to relive her glory days. A miniature Norma Desmond of sorts. Baby Doll could be a fascinating psychological film about a troubled woman unable to escape her childhood, in sort of a reversal to Batman’s predicament. 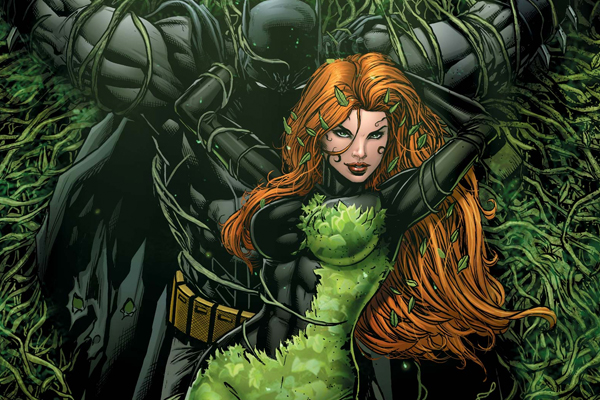 When pondering on what to do with Poison Ivy, one idea sprang to mind. It would involve adapting her backstory as a botanist, but is abused by Dr. Jason Woodrue. In the comics, Woodrue poisoned Pamela, which developed into her plant-based powers. But, in this concept, Pamela’s mistreatment would be something similar to the allegories in Maleficent, or would be a flat out movie about rape culture. That might be a bit too dark for a DC movie though, as well as victimising such a strong female character. However, Woodrue’s abuse could prompt Poison Ivy to put her botany skills to good use, developing poisonous remedies and weapons to get revenge. There are many flowers and plants that have toxic, hallucinogenic, and poisonous properties. The alternative is to follow Ivy’s usual ecoterrorist role, in what could be a rather extreme environmental movie. 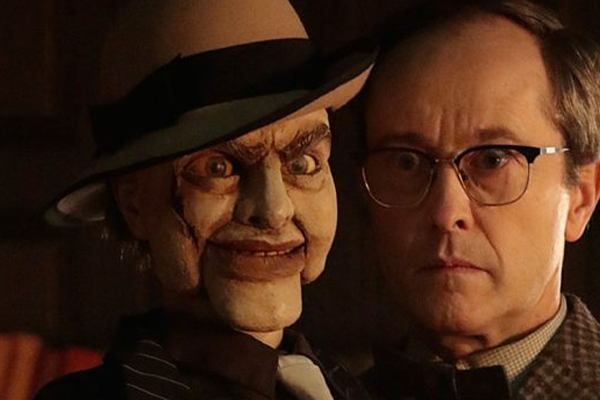 Beneath all the crazy villains in Gotham, normal crime seems to be between normal mafia dons and the like. But, this is Gotham after all, so how about have the Ventriloquist appear as a strange but intimidating mob boss. Arnold Wesker, the child of a mafia family, developed dissociative identity disorder after his mother was murdered. He becomes a mobster, appearing as a somewhat hapless, good-natured man, and using his ventriloquist dummy Scarface to enact his plans. Though it might look silly seeing such a duo as criminal masterminds, but it would certainly be refreshing. The dual identity of the Ventriloquist, and his moral back-and-forth as he fights his alter ego/inner demons. Scarface is pretty much a tribute to classic 1920s gangsters, and could give Chucky a run for his money as a great, comically villainous doll.

What classic Batman villains do you feel deserve their own movies? Should they be like Joker, going for a realistic tone, or fit into the DCEU? Leave a comment below, or on our Twitter and/or Facebook feeds!