Home » 6 Ways That Birds of Prey Expands the DCEU 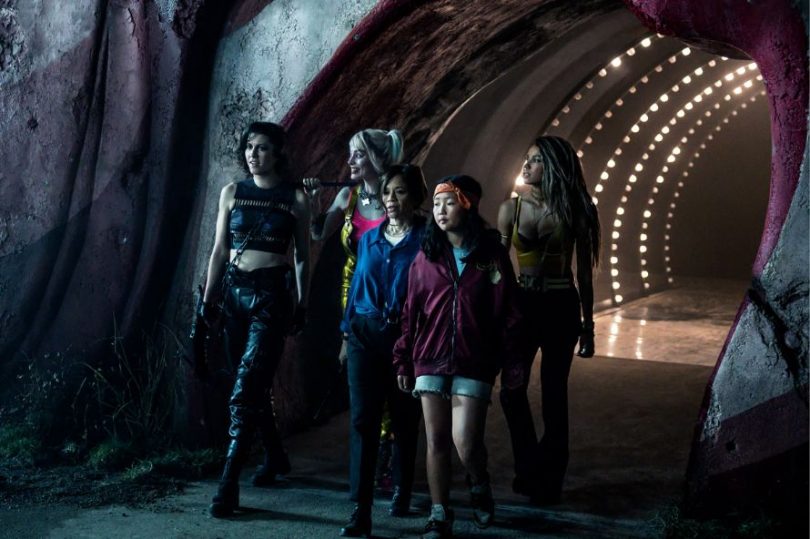 Based on fan reception, and even criticism of 2016’s Suicide Squad, Margot Robbie’s Harley Quinn is a strong foundation for a new corner of the DCEU (DC Extended Universe). With next month’s Birds of Prey (and the Fantabulous Emancipation of one Harley Quinn), Warner Brothers have an opportunity to explode the size of their movie-verse Gotham. Birds of Prey will introduce general audiences to DC’s expansive cavalcade of street-level heroes. Each of Birds of Prey’s largest characters have unique opportunities to broaden the cinematic universe, into areas of the comics so far unseen on the big screen. 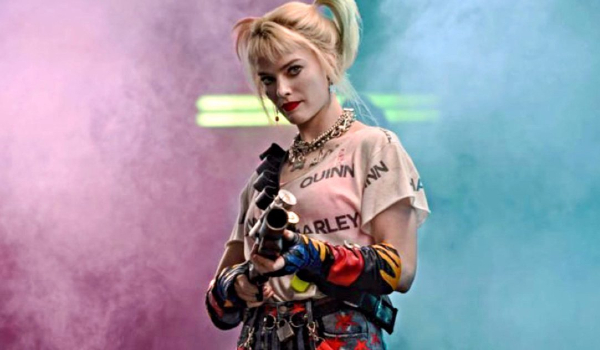 Let’s get the easiest out of the way first: Dr Harleen Quinzel. We know Harley’s set to star in James Gunn’s sequel/reboot The Suicide Squad next year. Margot Robbie returns alongside her Squad alums Viola Davis, Joel Kinnaman and Jai Courtney. (They are returning as Amanda Waller, Rick Flagg and Captain Boomerang, respectively.) Despite the cast returning, Gunn will probably give his new Squad their time to shine. However, there’s a good chance Harley will remain a star of the story. When a fan asked Gunn whether Robbie had arrived on set, in an Instagram Q&A in November, Gunn confirmed she had, “Yes. She might be the best actor I’ve ever worked with.” 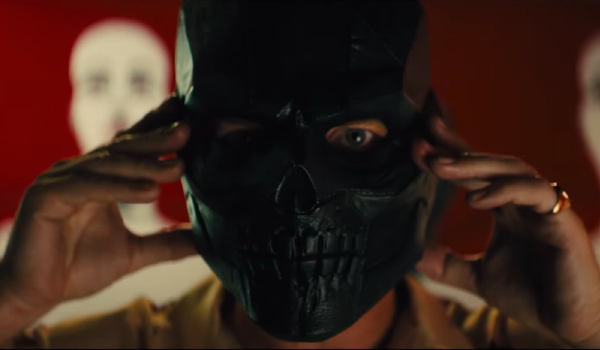 When Ewan McGregor was cast as Roman Sionis (AKA Black Mask) our hearts swelled. Then Roman appeared in the first trailer without his mask, and our hearts sighed. When his iconic charcoal-black skull showed up in the most recent trailer, however, our hearts nodded assuredly.

Black Mask is one of Gotham City’s most prolific gang leaders in the Batman comics. The crime boss is best known for the ghoulish mask fused to the skin of his face. He is integral to several Batman stories that could transition easily to screen as Batman sequels – namely “Under the Hood” or “War Games”.

The Gotham City universe of characters is as ripe for adaptation as the rest of the DC Universe’s as a whole. With this in mind, the DCEU’s approach so far has been sensible. Suicide Squad introduced general audiences to Killer Croc, Deadshot and Harley Quinn, and with Black Mask alongside his henchman Victor Szasz entering the fray in Birds of Prey, the pieces are already set for a vibrant and populated Gotham City. 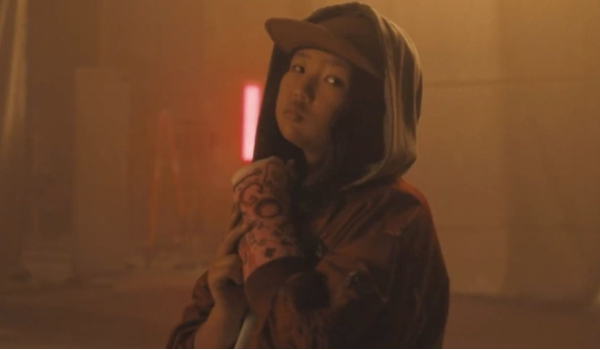 Keeping with the Batman theme, we have Cassandra Cain played by newcomer Ella Jay Basco. Cain is originally the daughter of assassins David Cain and Lady Shiva. Cassandra escaped cruel training under her father to become the second Batgirl after the “No Man’s Land” comic arc. Since then, Cassandra has become a surrogate daughter to Bruce Wayne, and has also operated under the codenames Black Bat and Orphan.

Cassandra is one of the few members of the Bat-family whose anagnorisis comes from staying in the Batcave. Whereas Robins have left the nest, becoming their own hero or forming their own team, Cassandra’s story began with a toxic father and ends with a healthy one in Batman. It will be interesting to watch how Birds of Prey co-opts this relationship to a sisterly role with Harley, and whether Ella Jay Basco will go on to portray a Batgirl at all, or instead work under another moniker on the Birds of Prey team. 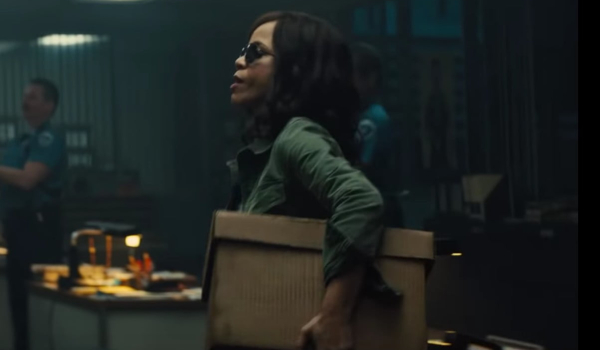 Like Harley Quinn, detective Renee Montoya originated in Batman: The Animated Series. Since her introduction into the Batman comics soon after, Montoya has become one of the most iconic members of the Gotham City Police Department. After the successful five-year tenure of Gotham on Fox, a film adaptation of the Gotham Central comic series could be on the cards. Rosie Perez would be a strong star, but the current mystery of the DCEU and Matt Reeves’ Untitled Batman Movie means that her hypothetical co-stars are uncertain. 2017’s Justice League introduced JK Simmons as Commissioner Gordon and Kobna Holdbrook-Smith briefly as Crispus Allen, but Jeffrey Wright has been confirmed to play Gordon in the Batman solo movies going forward.

Fortunately, there is another direction Perez’s Montoya can take that avoids these trappings. Renee Montoya has become a masked vigilante herself in the comics, as one of the iterations of The Question. A healthy blend of pulp hero, hard-boiled detective and conspiracy nut, The Question provides a refreshing mix of genres for a superhero movie. That definitely aligns with the DCEU’s current approach of diversifying their line-up. With Montoya seemingly leaving the police force in the Birds of Prey trailers, it would not be a stretch to expect this movie to already set up her character to take the law into her own hands from hereon. 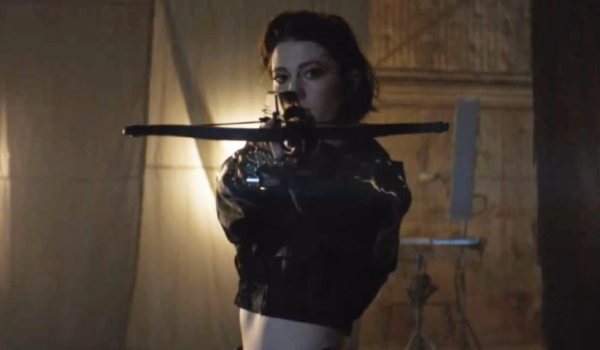 Helena Bertillini AKA Huntress, played here by Mary Elizabeth Winstead, is not only staple of the Birds of Prey.  She is also iconic amongst the recurring company of players in Gotham City. Her troubled relationship with Batman and his ethics would be interesting to see on film. However, the natural next step for Huntress should be building her role in the Birds of Prey franchise.

With the team christened in this first movie, a more formal Birds of Prey organisation will likely develop in sequels. These sequels could introduce other mainstays such as Oracle and Lady Blackhawk. Huntress then has a chance to develop her role in the team, from street vigilante to a fully-fledged superhero. Her outfit in Birds of Prey already reflects her character perfectly – tactical and brash – so if Winstead and Huntress were to stick around, it will be interesting to watch whether the character moves toward a more comic-accurate cape and mask. 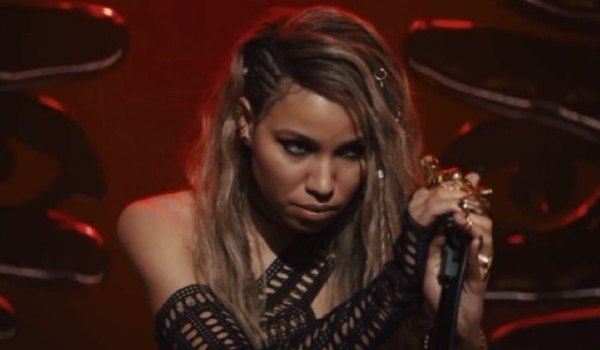 This particular Black Canary, Dinah Lance, portrayed by Jurnee Smollett-Bell, is perhaps the most exciting addition in to the DCEU – and not just because she’s the only metahuman in the movie.

Black Canary is traditionally a founding member of the Justice League as well as the Birds of Prey. As viewers of Arrow on CW will know, she also has close ties to Green Arrow/Oliver Queen. Black Canary should definitely appear in any Green Arrow film. That said, he could just as easily play a supporting role in a Black Canary solo feature. The pair would also both be first choices to expand the roster in a Justice League sequel. If Warner Brothers choose to reconnect their widespread DCEU, Dinah Lance should be essential part of that: connecting the street-level with the super.

In Birds of Prey Dinah appears to be a proto-Black Canary no less. She begins the movie as a singer in Roman Sionis’ club. That means that whichever direction her character is taken in future movies, we can see it play out on screen.

Black Canary is nevertheless an essential part of the Birds of Prey. Harley and other members of the team will rotate in and out. If we see more movies as the team grows, Black Canary and Huntress should be the two constant members. That only begs the question, who will the next Birds of Prey movie introduce? And what surprises may still appear in this one?
Are you looking forward to Birds of Prey? Sound off in the comments or send us your thoughts on Facebook or Twitter!