Home » We Take a Look at British Inspirations with the Origins of the Pokémon Volume Eight! 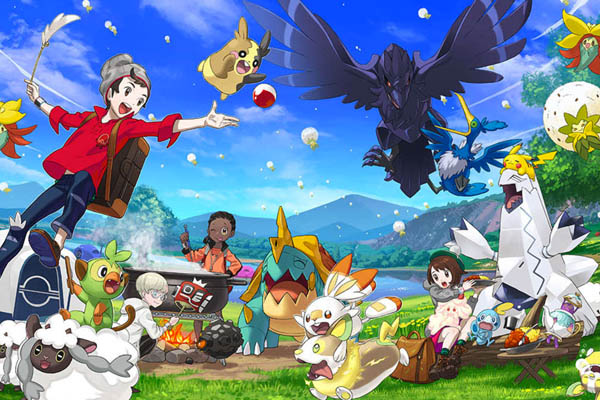 Pokémon Sword & Shield, released in 2019, introduced the eighth generation of Pokémon to the world. The new games are set in the Galar region, based on the United Kingdom. As such, many of the new Pokémon are inspired by British culture and mythology. It is quite amusing seeing parts of my culture being turned into the collectible critters. In this eighth volume, we’re going to through a selection of new Galarian Pokémon, exploring their British origins and inspirations. 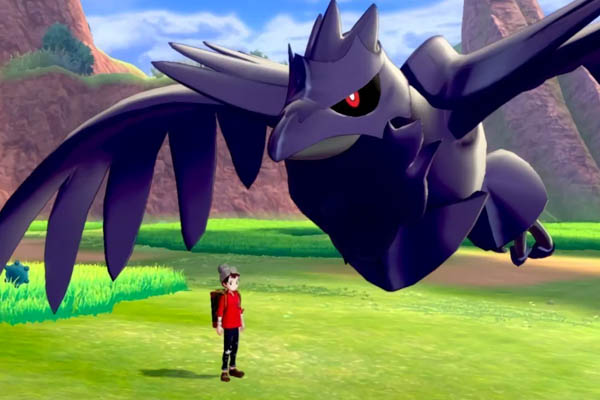 Corviknight was one of the first Galarian Pokémon introduced, serving as a taxi service in Galar. It, and its pre-evolutions, Rookidee and Corvisquire, are based on the Corvus bird family, which includes ravens and crows. Its Steel-type alludes to its armour, referencing the archetypal black knight found in European medieval folklore. The black knight is generally associated with Arthurian mythology. In British culture, ravens relate to the Tower of London. It is said that if the ravens of Tower Hill are removed, Britain will fall into ruin.

This myth is drawn from Bran the Blessed, a king in Welsh mythology. After being mortally wounded in war, Bran commanded his men to remove his head and bury it on a spot called White Hill (i.e. Tower Hill). His head would magically keep Britain safe from invasion, until removed by King Arthur. Bran’s name is Welsh for “blessed crow”; the king is also referenced in the character Bran Stark from A Song of Ice and Fire. 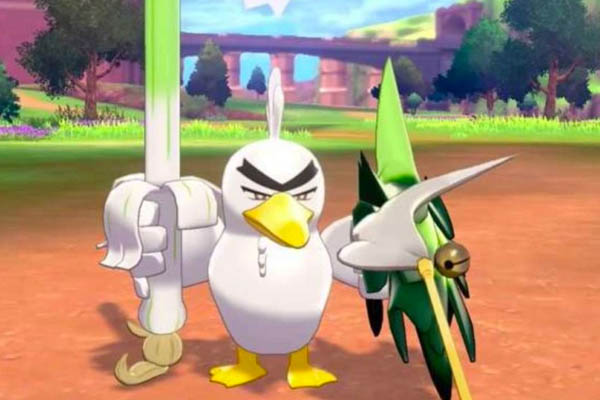 Farfetch’d was featured back in our first volume, so it is fitting to include his surprise evolution Sirfetch’d here. If Corviknight personifies the black knight, than Sirfetch’d must be the white knight. Still a leek-wielding wild duck, Sirfetch’d evolves from the Galarian form of Farfetch’d. Armed with a lance-shaped leek, and another resembling a shield, it fights with honour and fairness. Its gallant, if slightly proud demeanour, may reference Sir Lancelot, the greatest of Arthurian knights. The leek is a national symbol of Wales, adding a little cultural reasoning to include Farfetch’d in Sword & Shield. 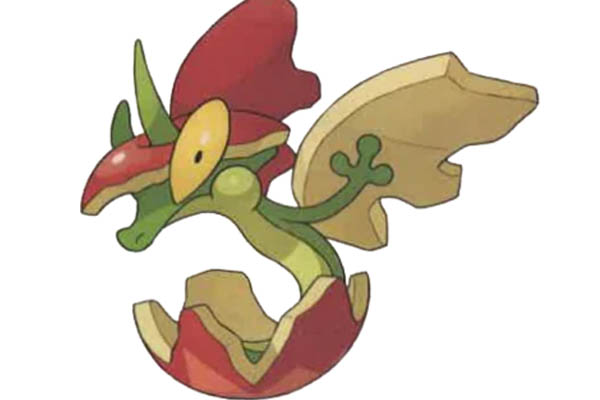 The Applin evolution line is a clever play on a “worm in an apple”. Or rather, Applin, Flapple, and Appletun are wyrms, a type of serpentine dragon. Applin and Flapple resemble serpents, while Appletun has a more tortoise-like appearance, with an apple pie on his back. Relating to British mythology, they may be based on the Linton Worm, a Scottish legend dating back to the 12th century. The Linton Worm is a serpent that dwells in a hollow beneath Linton Hill, who devoured everything with its enormous maw. It is slain in a typical knight versus dragon story, its death so painful that it buried itself under a mountain. Their signature attack, “Grav Apple”, references Sir Isaac Newton and his historic discovery of gravity through a falling apple. 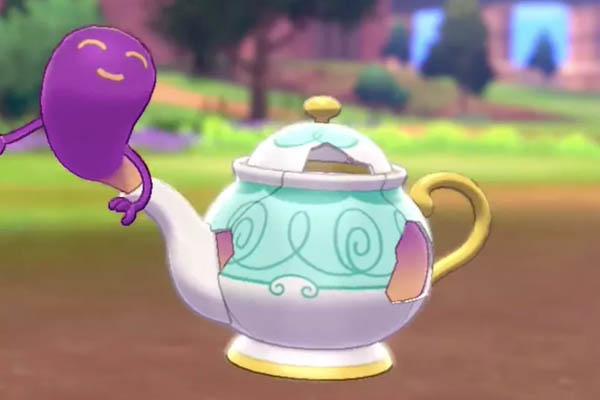 Of course Game Freak made a Pokémon based on a cup of tea, but with a twist. Sinistea and Polteageist are Ghost-types, not sentient teapots, but as living black tea. They are based on poltergeists, which haunt houses and perform the usual mischief seen in such dwellings. If drank, they will absorb the life-force of the drinker. Sinistea are quite picky when it comes to what dinnerware they haunt, refusing to live in forgery. The right one will allow them to evolve into Polteageist. In-game, the correct teapot can be identified by a branding symbol on its underbelly. This is an historical reference to when porcelain forgery ran rampant in 18-19th century Europe. 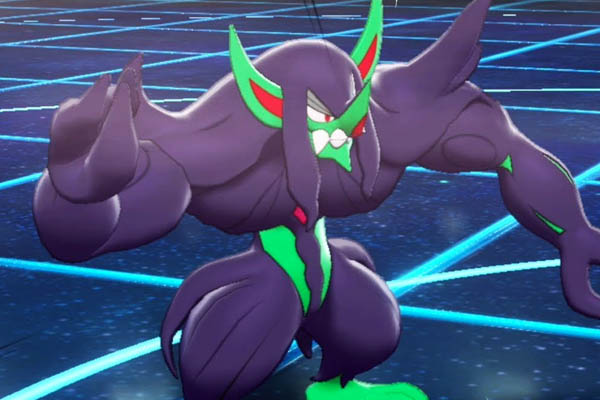 A lot of the Fairy-types have been at least benevolent towards humans, but Sword & Shield introduced two lines who are quite hostile. One is the Hatenna line, who are empathic in nature, but hate people with strong emotions. The Impidimp line fit the bill of the more sinister fairies told in Celtic mythology. They are malevolent in nature, feeding off the frustrations of man and Pokémon alike. They can play the role of the repentant sinner, but it is to create a false sense of security to fool humans. In terms of mythic fairy types, Impidimp is based on a devilish imp, Morgrem on a murderous redcap, and Grimmsnarl on a troll or goblin. It can’t be denied though that Grimmsnarl does have a resemblance to the Green Goblin. 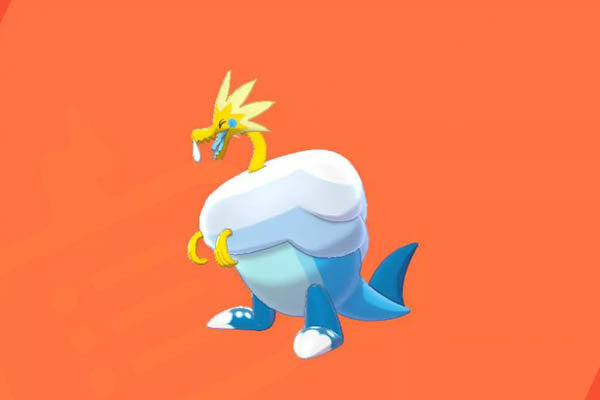 In the Pokémon world, scientists are normally quite good at reviving fossilised Pokémon. But, in Galar, they seem to suck at it. Cara Liss is rather incompetent in her research, combining mismatched fossils to create mismatched Pokémon. As such, she created Dracozolt, Arctozolt, Dracovish, and Arctovish, mixing four different Pokémon species together. These unfortunate beings are horrifically handicapped. The Galarian Fossils may refer to the Crystal Palace Dinosaurs. These sculptures were the first dinosaur models in the world, though are inaccurate by today’s standards. In the early days of palaeontology, fossilised remains were often put together inaccurately, referenced via the Galarian Fossil Pokémon. 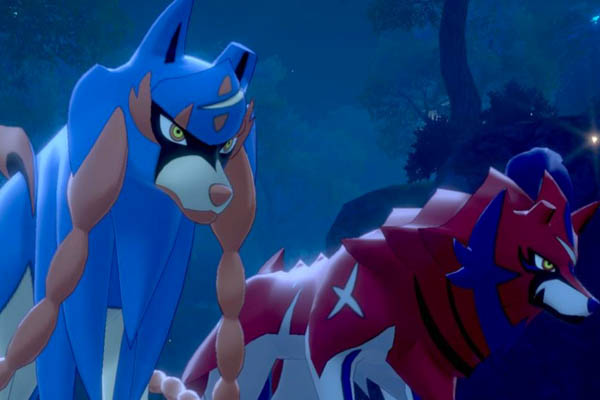 The two legendaries of Pokémon Sword & Shield are the wolf siblings Zacian and Zamazenta. They wield a sword and shield respectively, combating Eternatus, a cosmic entity, cancelling out its immense power. Zacian and Zamazenta’s weapons are said to be strong enough to split the sea and destroy mountains.

They hibernate for centuries, turning themselves to stone, where their weapons lie. This is a direct reference to the sword in the stone of Arthurian mythology. Arthur is said to sleep on the mythical isle of Avalon, but will awaken when Britain needs him. The two legendaries slumber until needed. Their sword and shield may be reference to Arthur’s weapons Excalibur and Pridwen.

Previous legendaries have taken inspiration from Norse mythology. Zacian and Zamazenta could be based on Sköll and Hati, giant wolves who chase and devour the Sun and Moon in Ragnarok. And, Pokémon Sword & Shield did succeed Pokémon Sun & Moon.

Which of the Galarian Pokémon are amongst your favourites? Which parts of British culture do you think deserve to become Pokémon? Leave a comment below, or on Twitter!