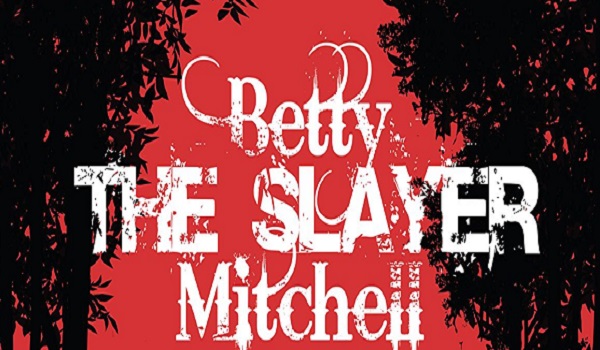 Betty “The Slayer” Mitchell issue #2 keeps with the monster-of-the-week motif from the previous issue, this time tracking down and facing Mothman in West Virginia. For issue #2, we start with learning more about Betty’s younger days with a flashback recounting. We learn that after her brother died, Betty’s father treated Betty more like a son, which was why she had the skills to be the monster slayer she is as an adult. Immediately after the flashback, we are with Betty and Ronald in West Virigina as they partner up with a local to track down Mothman. It goes a little differently than I expect, ending with the next issue going to Massachusetts.

The art of issue #2 is mostly consistent with issue #1’s artwork. The colors bring forth the tone and the setting to life. It’s dark when necessary and brighter when it called for it. However, I feel that Betty in issue #2 had a slight redesign from the previous issue or it just might have been the different clothes she was wearing. Betty in issue #1 wore dark reds and blacks. Betty in issue #2 wears soft blue and yellows. It’s kind of strange. Or it just might be used to consistently with the type of clothing characters wear in comics. I am glad that they kept Betty’s cool bracelets.  They reminded me of Wonder Woman’s.

Issue #2 is another great monster-of-the-week adventure against Mothman. I really like that they are going to all types of folklore and legends for this comic. However, the readers don’t know the overarching plot. We vaguely understand Betty’s motives to take down the dangerous monsters, but ultimately what is she trying to do? Is she trying to kill all the monsters?

Betty’s character is expanded upon in issue #2 just liked I wished in my previous review.  We now see different sides of the badass monster slayer. She clearly was close with her father so she’s a loving daughter. She’s a good friend and a kind person but with a dark past. We do know she made some kind of terrible mistake that does worry her. She’s becoming a more well-rounded character. Ronald, Betty’s assistant from issue #1, is upgraded to a generic love interest now. I think if Ronald had more of a personality I wouldn’t mind it as much, but as he stands, he just your average guy in love with and in awe of an amazing woman. And the romance is unnecessary to anything that’s going on.

My main concern for this five-issue is having no main antagonist. Having one or two months to battle is great, but what’s missing is a seriously amazing antagonist. I wouldn’t even mind seeing a rival monster slayer or something. Otherwise, it’s going to continue to just be a monster-of-the-week story (Not that it’s a bad thing, it’s how plenty of shows and comics survived over the years). Overall, issue# 2 is an okay follow-up to issue #1. Betty’s character is explored more, but other developments are slow to come. There is only three issue left and still a lot of unanswered questions.

Check out issue #2 of Betty “The Slayer” Mitchell at Comixology. Let us know what you think. Sound off in the comments or send us your thoughts on Facebook or Twitter!