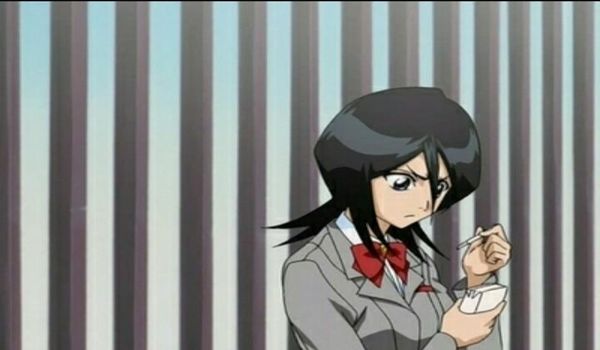 Manga fans can rejoice as the long dormant Bleach is returning to conclude its anime adaptation. It has been a few years since Tite Kubo’s manga wrapped up, and the anime even earlier. It is believed that the anime will return in 2021, adapting the manga’s final arc, the “Thousand Year Blood War”. Whether or not this announcement is true, this looks like a good opportunity to refresh our memories on Bleach.

Bleach began its serialization in Weekly Shonen Jump in 2001. Tite Kubo created the manga after his previous work Zombiepowder was cancelled. Though Bleach can be whittled down to one just one sword-fight after another, it has some greatly designed characters, and an engaging lore to it. Sadly, due to Kubo’s personal health, and Weekly Shonen Jump’s impatience, Bleach had a rushed ending, given a matter of weeks to wrap up its final arc.

Disclaimer: The following recap contains full out spoilers for Bleach. If you are currently reading the manga or watching the anime, read at your own discretion. 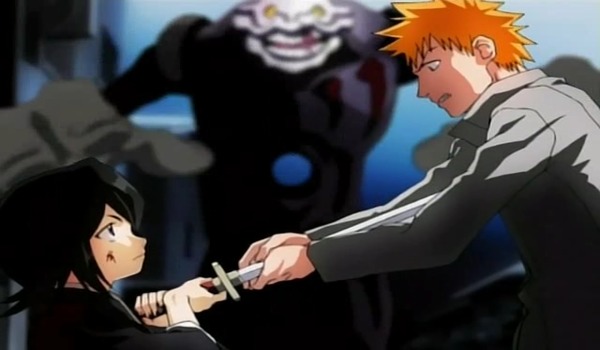 Our hero is Ichigo Kurosaki, a Japanese, ginger-haired high school student who can see ghosts. He likes to scowl a lot, acting indifferent, but has a considerate, thoughtful heart. Ichigo lives with his little sisters Karin and Yuzu, and Isshin, his wacky dad. Masako, Ichigo’s mother, died when he was young under mysterious circumstances.

One night, Ichigo meets Rukia Kuchiki, a Soul Reaper (or “Shinigami”). Shinigami are the Japanese equivalent of the Grim Reaper. In Bleach, Soul Reapers guide wandering spirits to the afterlife realm, the Soul Society, which takes on an Asian hierarchal system. They must battle the evil Hollows, corrupt masked souls who seek out other spirits to consume.

In the opening chapter, a Hollow targets Ichigo’s family, drawn to their strong spiritual energy. Rukia is injured in battle, temporarily lending Ichigo her powers to protect his family. In the transfer, Ichigo ends up absorbing all of Rukia’s powers, becoming a full-fledged Soul Reaper, with a sword so large that Cloud Strife would weep with envy. Rukia poses as a high school transfer student, recruiting Ichigo to do her job within his hometown.

The first arc is primarily a slice of life action/comedy, following a monster of the week scenario. Ichigo’s schoolmates become main characters which include bubbly Orihime Inoue, who has a crush on Ichigo; Yasutora “Chad” Sado, a tall, physically intimidating, but quiet Mexican; and Uryu Ishida, a bespectacled, aloof genius. Providing aid to Rukia is Kisuke Urahara, an exiled Soul Reaper who runs a backstreet candy store. 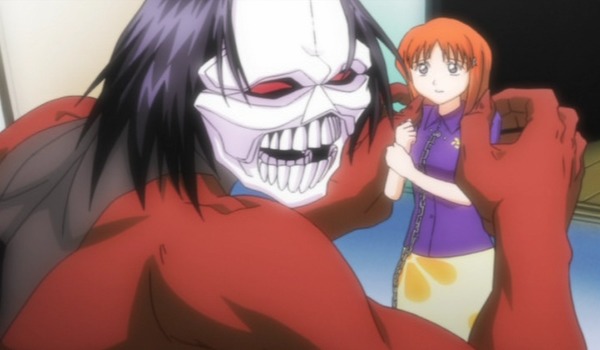 In the Bleach universe, the cycle of life is based around reincarnation between Earth and Soul Society. Some souls linger on Earth as ghosts, accompanied by a soul chain. The chain will slowly wither away, leading to the ghost’s transformation into a Hollow. It is the duty of the Soul Reapers to send the ghosts on to the afterlife.

The Soul Reapers sport black kimonos, individually wielding a katana called a “zanpakuto”. The zanpakuto personifies their soul. Through training and learning their sword’s name, the Soul Reaper can unlock its power. A zanpakuto has two forms – the “shikai” changes the sword’s appearance, while the stronger “bankai” uses the full potential of the blade. Some character take ages just to learn their zanpakuto’s name. Soul Society is protected by the Gotei 13, an army of elite Soul Reapers, split into thirteen divisions, each led by a captain and a lieutenant.

On the other hand, you have the Hollows. As said before, they are corrupt souls that devour other spirits. The Hollows live in the barren wasteland Hueco Mundo, with their own mantra of survival of the fittest. Despite being monsters, Hollows have a rather miserable existence. Most have just been corrupted by time or emotions, but those who sinned when alive get sent to Hell! 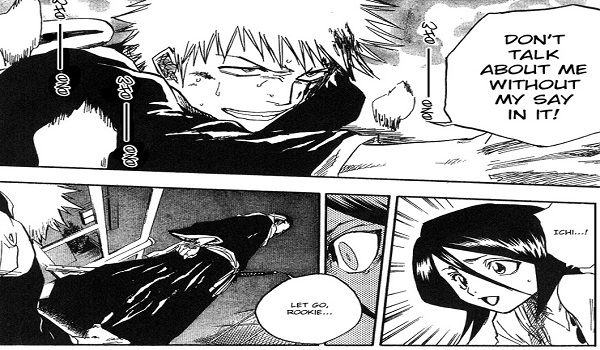 Bleach’s first story arc follows Ichigo and Rukia slaying Hollows. Several of Ichigo’s friends later become involved in the story. Ichigo becomes convinced that his mother Masako was murdered by a Hollow. His suspicions are confirmed when said Hollow, Grand Fisher, tries to murder his family. Ichigo sadly is unable to slay Grand Fisher, whose own return is later resolved via an awkwardly placed plot twist.

Uryu Ishida, Ichigo’s schoolmate, makes himself known. He is a Quincy, the last vestige of a human clan who could slay Hollows. The Quincy could craft weapons by absorbing soul energy (or “reishi”). The trouble was that Quincy did not purify souls, but destroyed them altogether. The Soul Society were forced to exterminate them a thousand years ago to maintain spiritual balance in the world. Uryu’s grandfather was the only active Quincy in the present, but died fighting Hollows.

Uryu challenges Ichigo to a Hollow-slaying competition. Unfortunately, Uryu’s actions draw the attention of a gigantic Hollow called a Menos Grande. Ichigo and Uryu team up to destroy it. During this mayhem, both Orihime and Chad unlock their own superpowers: Chad can create strength-boosting armour on his body, whilst Orihime’s hairpins materialise as fairies, which can generate shields and heal wounds.

Rukia realises that the Menos Grande’s presence will alert Soul Society, arresting her for giving her powers to Ichigo. She is found and arrested by her best friend Renji Abarai, and her older foster brother Byakuya Kuchiki. Ichigo tries to intervene, but Byakuya strips him of his Soul Reaper powers. Rukia heads back to face her punishment, Byakuya leaving Ichigo to die, though he survives. 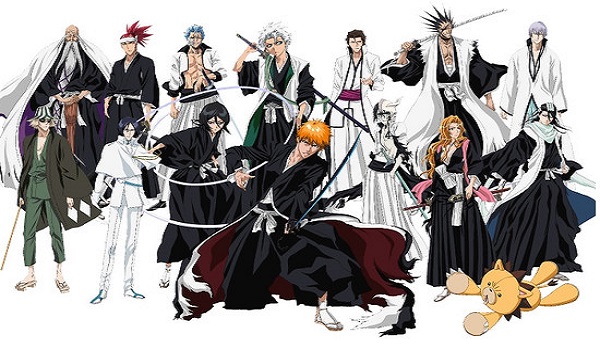 Ichigo plots to rescue Rukia, teaming up with Orihime, Chad, and Uryu to break into Soul Society. Urahara trains Ichigo to awaken his true Soul Reaper powers, gaining another large sword named Zangetsu. This training process involves temporarily turning Ichigo into a Hollow, which materialises on-and-off via a Hollow mask. The others are trained by Urahara’s friend Yoruichi Shihoin, a former Soul Reaper, who can disguise herself as a black cat.

The rescue party manage to arrive in Soul Society, but find a direct route inaccessible. Yoruichi takes them to the Shiba clan, who specialise in fireworks, planning to launch them into Soul Society via a giant cannon. Ganju Shiba joins their party, hoping to identify the Soul Reaper who murdered his older brother Kaien.

Meanwhile, Rukia is informed that she will be executed for her crimes. Rukia is placed in a tower of contemplation, where she becomes depressed and suicidal. We later learn that it was Rukia who killed Ganju’s brother Kaien. Rukia idolised Kaien, who was a prodigal Soul Reaper, baring a striking resemblance to Ichigo. Kaien was possessed by a parasitic Hollow, forcing Rukia to mercy kill him. Carrying great guilt, Rukia comes to terms with her inevitable death. Too bad that her execution is going to be carried out by the Sokyoku, a gigantic guillotine that materialises as a phoenix!

Ichigo and co. make it into Soul Society, but are scattered, facing their greatest opponents and future allies: The Gotei 13. Each of these elite Soul Reapers are equal or stronger than Ichigo and friends, leading to a lot of long-winded but fun battles. Each new opponent fights differently from the last, and our protagonists aren’t given an easy victory. This remains a staple part of Bleach. 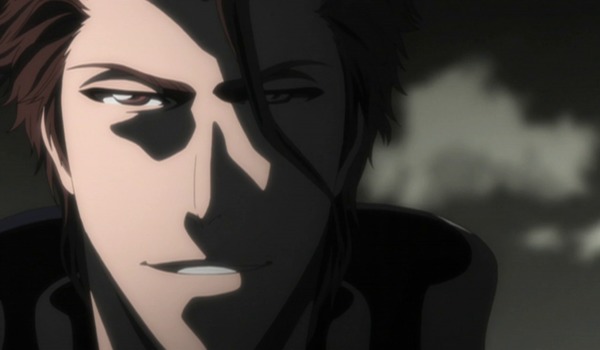 As Ichigo and friends run around trying to save Rukia, a growing conspiracy is unveiled surrounding Rukia’s execution. Captain Sosuke Aizen is murdered, leaving a letter claiming someone is trying to steal the power of the Sokyoku. This weaves distrust between the Gotei 13. The sly Captain Gin Ichimaru is suspected, but accusations run wild.

Ichigo and Renji are both taught by Yoruichi to master their swords’ bankai forms, able to successfully rescue Rukia. Ichigo gets into a duel with Byakuya, learning he is bound by duty to obey Soul Society’s laws, even if it means losing Rukia. Their battle convinces Byakuya to think things through.

Meanwhile, several supporting characters make their way to the Central 46, the shady government behind Soul Society. It is discovered the entire council has been murdered, and have been dead for some time. Even more surprisingly, Aizen is alive. Too bad it turns out he has been the bad guy this whole time!

Aizen’s reveal as a villain remains one of Bleach’s best twists. Truly a cold, calculating mastermind, Aizen has been pulling the strings this whole time. His zanpakuto allows him to create full sensory hypnosis illusions, fooling everyone that he was dead. He issued Rukia’s execution for one reason: To acquire a MacGuffin called the Hogyoku.

The Hogyoku is an item developed by Urahara, which can give Soul Reaper powers to Hollows, and vice versa. It is apparently self-aware and can evolve itself and those who use it. Aizen wishes to use it to achieve godhood, overthrowing Soul Society. This item was hidden within Rukia’s soul, with Aizen arranging her execution to acquire it. No kill like overkill.

When everyone rallies to confront Aizen, he makes an epic escape to Hueco Mundo. His co-conspirators include Gin, and Captain Kaname Tosen, a blind man disillusioned by Soul Society’s injustice. Ichigo is made a Substitute Soul Reaper. Rukia learns from Byakuya that he adopted her, having married her late sister Hisana a year earlier. Ichigo and friends head back home, Rukia staying behind to regain her lost powers.

For now, we’ll pause here, as this is pretty much the end of Bleach’s first act. But, stay tuned. We’ve got a wild second act to go through soon! Have you had a chance to read/watch this beloved show? Leave a comment below or on our Twitter feed!