Home » Fantastic Beasts and Where to Find Them – Is Mads Mikkelsen a Magical Casting Choice? 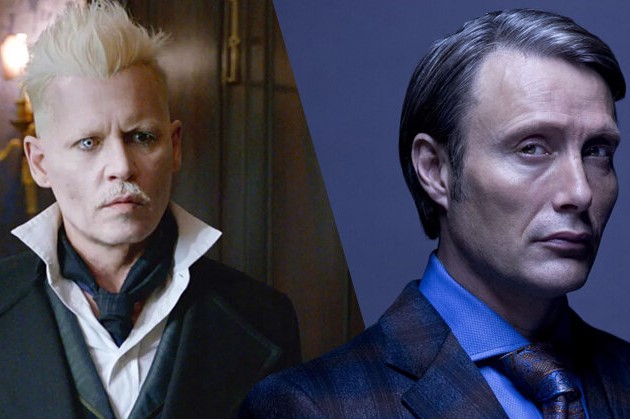 It’s official, grab me a tissue, Warner Brothers have dropped Johnny Depp from the Fantastic Beasts and Where to Find Them franchise. The casting announcement has led to the release of the unnamed Fantastic Beasts 3 being pushed back to July 2022. There’s no going back now, no point moaning for Depp back, it’s done. So how will Mads Mikkelsen fair as the master manipulator Gellert Grindelwald?

Despite what you may think you know about the character, Fantastic Beasts choose to portray Grindelwald as a master of his craft. A schmoozer if you will. He carefully cherry-picks the vulnerable people that need the care and attention of someone who can make everything better. He sweet-talks them into siding with him, siding with a better world for wizard-kind. Don’t misunderstand here, he has his evil motives, but what is one thing every Dictator has in common? They can talk the talk. They’re personable and appeal to the inner desires of others around them. At this rate, Grindelwald would make an excellent politician.

This is where Depp excelled. Despite my own feelings around casting Depp, he knows how to play the slightly odd, creepy, lovable characters; just look at any collaboration with Tim Burton. He has this inhuman ability to entice an audience into believing his character so completely, it’s difficult to tell who the real Johnny Depp is. It’s his ability to completely embody a character; this warmth and familiarity that lends itself to Grindelwald’s persona. This persona that’s able to seduce others into believing every word that spouts from his evil mouth.

So where does that leave Mikkelsen then?

He can’t just embody Depp’s version of the character. As he states in an interview with Entertainment Weekly; “There has to be a bridge between what Johnny did and what I’m going to do. And at the same time, I also have to make it my own”. If he didn’t make it his own, it would seem too much like a badly sung karaoke version of your favourite song. Let’s put it this way, Mikkelsen plays characters (even those who aren’t villains) with a serious, hard edge. His stand-out performances as Hannibal Lecter in the series Hannibal, and Doctor Strange villain Kaecilius, all have that same intense, sinister approach. He is just scary as a villain. Whilst Grindelwald is formidable, Depp’s portrayal isn’t exactly sinister or scary, so what now?

Well, judging from J.K. Rowling’s inability to stick with her own canon, we could see a Grindelwald that becomes more unhinged as time progresses. If the characterisation of Dumbledore is anything to go by, we could see a completely different side of Grindelwald altogether. Where did sexy Jude Law’s Dumbledore come from? Considering The Crimes of Grindelwald takes place in 1927 and Law is dressed in a period appropriate three piece suit, you then have to consider the flashback in Harry Potter and The Half Blood Prince. It’s here Dumbledore meets an 11 year old Tom Riddle for the first time. He’s in a mismatching suit, much older, grey, longer beard, wrinkled. It seems by the time Dumbledore gets to 1938 (a mere 11 years later) he seems to have aged drastically, and badly. Maybe these are the effects of teaching. Or bad continuity.

Based on the inconsistencies in Dumbledore’s severe aging and lack of style, perhaps the recast isn’t such a terrible tragedy after all. The second-most dangerous wizard in the franchise needs more development than just an ability to butter up his victims.

Could this casting allow Grindelwald to become darker, more cold and calculating? Do you think this could mesh with Mikkelsen’s style of villainy and also fulfill desires for the Grindelwald as he was originally described? Sound off in the comments or send us your thoughts on Twitter!