Home » Peering Into the Past With Wandavision Episode 8! 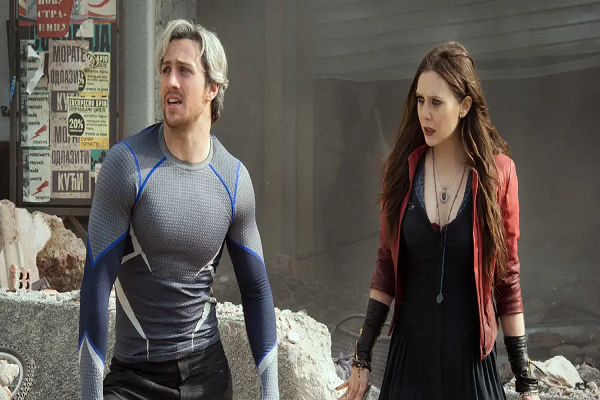 It’s the penultimate episode of WandaVision, and while the story takes a break in its forward momentum, this episode delivers hit after hit of story and exposition.

The episode opens with Agatha in Salem, where it is revealed she survived the horrific Witch Trials. Though it was not hateful humans who captured her, but the witches in her own coven. Agatha is sentenced to death for the crime of stealing ‘secrets.’ Though she claims they revealed themselves to her willingly. She attempts to convince her clan that she could do good, if only they would teach her. They refused, and Agatha easily disposed of them all in an overwhelming show of force.

In her basement, Agatha reveals to Wanda that they are both witches and while Wanda lacks any of the basics she has shown tremendous power. Power so strong in fact that Agatha cannot understand how Wanda actually changed Westview. Agatha shows that even with her own power and preparation she is not capable of even a fraction of the powers Wanda possesses.

Agatha then decides to find how Westview actually came to be by quite literally opening a door to Wanda’s past. The trip down memory lane begins with young Wanda and Pietro, practicing English and watching sitcoms so as to escape the brutal civil war happening just outside. We actually get to see the moment the Stark missile crashes through the roof and kills the Maximoff parents. Agatha then reveals the real reason why the bomb never went off: magic. Young Wanda actually performed magic to halt the explosion. When experimented on by Hydra, the Mind stone didn’t actually give her power, it simply augmented her existing ones.

We see more glimpses of Wanda’s life, to when she started to fall in love with Vision and when she stormed S.W.O.R.D for his body. Though she never stole his body after all. She left the facility, and visited Westview, the town where Vision had bought them a home. Upon arriving at the now abandoned lot, grief overcomes her. Her powers envelop the town and craft her home. She also creates a brand new Vision, made from the Mind stone energy inside of her.

Wanda awakes from her memories, and when she leaves Agatha’s home she finds her children captive. Agatha reveals that Wanda practices ‘chaos’ magic, which makes her ‘The Scarlet Witch” and she needs to be destroyed. In the real world S.W.O.R.D has rebuilt Vision under their command, powering him using energy from Wanda’s creations.

Episode 8 was an absolutely necessary backstory info dump. Not just for the sake of WandaVision as a series, but for the MCU as a whole, establishing the origins of Wanda’s powers and allowing the viewers to see her contact with the mind stone, assist in shaping the continuity. Similarly, the early glimpses into Vision and Wanda’s love solidify their relationship in a way the movies could not.

Now that witches and wizards are both in MCU cannon, there are many fun directions this could go. And with the WandaVision finale almost here and Doctor Strange in the Multiverse of Madness confirmed to be directly impacted by these events, it will be interesting to see what could potentially carry over.

Mentioning Doctor Strange, it is important to mention that with the reveal of runes it does mean that Agatha’s magic is categorically different than Strange’s. This means Wanda will need someone like Agatha to teach her the basics seeing they share an affinity. Though it doesn’t currently seem like Agatha is up for a teaching role. However she is not a villain in the comics, and even her MCU backstory seemed to strive for good in the beginning. So there is hope for Agatha yet, though maybe not this season. However with the threat of a rogue Vision lurking by, they may need to work together to stop him.

What do you think will happen in the finale? Sound off in the comments or send us your thoughts on Twitter!