Home » 6 Things That Invincible Got Right That Brightburn Didn’t 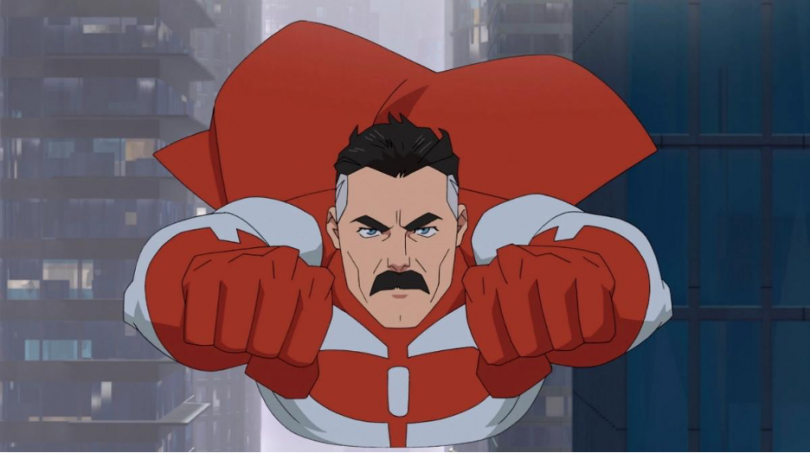 There are very few films that can instantly sell their idea to the public with a one-sentence synopsis. And while 2019’s Brightburn was releasing trailers throughout late 2018, those weren’t entirely necessary. All you needed to hear was that the film’s concept was about an evil Superman-like main character. We would finally get to see on a movie screen why it was necessary for Batman to have those contingency plans for the Justice League. But unfortunately, while the film wasn’t bad, it just kind of existed. There was very little special about it.

Brightburn came out in May of 2019 and I don’t think many people are that interested in a Brandon Beyer sequel. Especially with how excited they were about this new potential franchise going into this film. Meanwhile, much of the public cannot wait for the second season of the brutally graphic animated series Invincible, which explores a similar concept: what if a character of Superman’s capabilities, someone that cannot be stopped, was evil? We get a lot of those answers through this show along with a ton of unpredictable twists, especially if you haven’t read the comics.

So this concept clearly does work with the mainstream. But let’s break down why Invincible took advantage of this concept and what made the show stand out from a film with a ton of potential in Brightburn. In particular, there are 6 Things that Invincible got right that Brightburn didn’t. 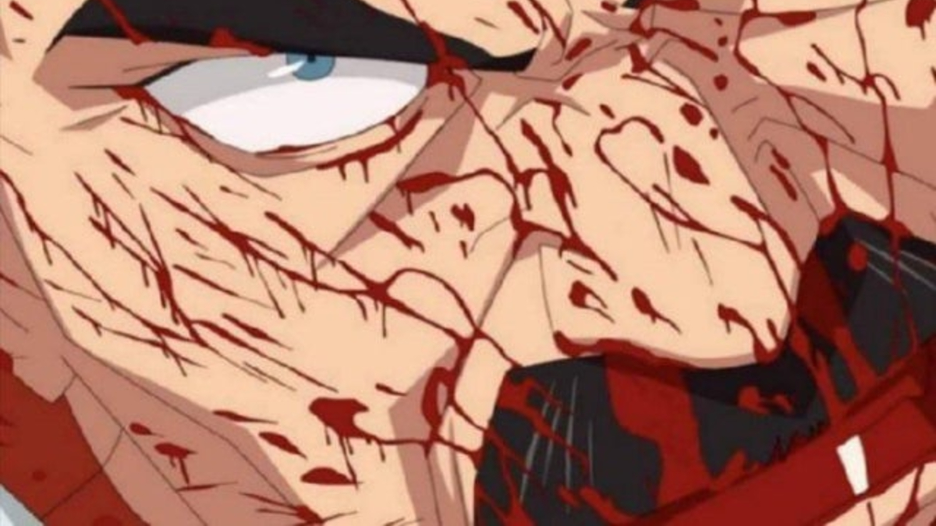 What a way to end episode 1. Invincible starts off with the Guardians of the Globe, which look eerily similar to the Justice League, appearing to be the super-team we will be following in this series. And then they are all brutally murdered by Omni-Man in a span of about 4 minutes. This twist came out of nowhere and as Immortal yells before he is decapitated we are left with yelling “why? Why?!”

On the other hand, for the most part, there are no twists with Brightburn. And there really isn’t any type of build-up to Brandon Beyer’s murder spree, to the point where instead of “why” we are more left with saying, “well of course he’s evil.” From a purely suspense standpoint, Brightburn really doesn’t reach its potential at all. Whereas Invincible thrives and builds to multiple climaxes throughout season 1.

5. A Motive For the Main Antagonist 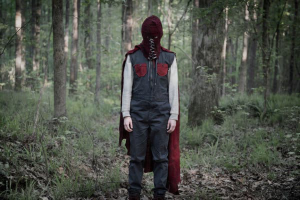 It is true that sometimes a villain that doesn’t have clear motives can be the scariest. From Joker to Michael Myers to even Hannibal Lector. But the easier route, especially when family is a major element of a certain storyline, is to bring a villain that is somewhat empathetic in their cause.  And a villain that sees themselves as the hero can still be as cruel and compelling as ever. Thanos is a good example of this.

That is exactly what Omni-Man is and exactly what Brandon Beyer isn’t. Both are sociopathic murderers, yet Omni-Man is still able to be a somewhat caring family man with a clear incentive for doing what he does.  Which is a recognizable motive that has caused most wars in human history. Brandon doesn’t have this type of motive and while the concept of a Superman-like character that is just evil for the sake of being evil is scary, Beyer doesn’t have a compelling enough narrative to pull it off. The absence of a clear motive just adds to the lack of character development Brandon is given. 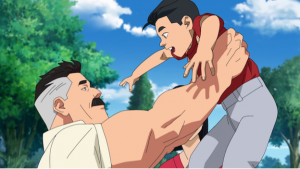 Before I continue, these critiques of Brandon’s character aren’t directed at young actor Jackson A. Dunn. I thought he did a very good job working with what he was given, and I would be interested in seeing him portray this character again. Yet, aside from a few moments with his mother, Brandon is an extremely unlikeable character. This does have to do with his parenting a bit, but still, there’s very little reason to see any hope for Brandon at any point in Brightburn.

Brandon was always going to go down a dark path, it was just a matter of when. Omni-Man, on the other hand, is a caring father who is likable and sympathetic on multiple occasions in Invincible. His sole, monstrous purpose doesn’t cloud the moments where he is humanized, especially in his scenes with our title character, his son Invincible. Building up to his final scene in Season 1 where Omni-Man flies off, seemingly abandoning his mission to spare his son. For now. 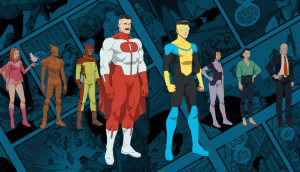 Once again, Brightburn isn’t necessarily bad, but the film’s story and characters aren’t memorable at all. There isn’t anything noteworthy about the movie aside from Brandon’s superhuman abilities. And because of the lack of really sympathetic characters, aside from Elizabeth Banks as Brandon’s mother Tori Breyer to a certain extent, there is less of a weight felt with every destructive, homicidal action Brandon takes.

Whereas in Invincible along with the title character and Omni-Man, we have a surplus of compelling, distinguishable characters. Invincible’s mother Debbie Grayson, Atom-Eve, Rudolph Connors/Robot, and Cecil are just a few that come to mind. We care about these characters and what happens to them. And if and when they find out who Omni-Man really is. The same can’t exactly be said in Brightburn. 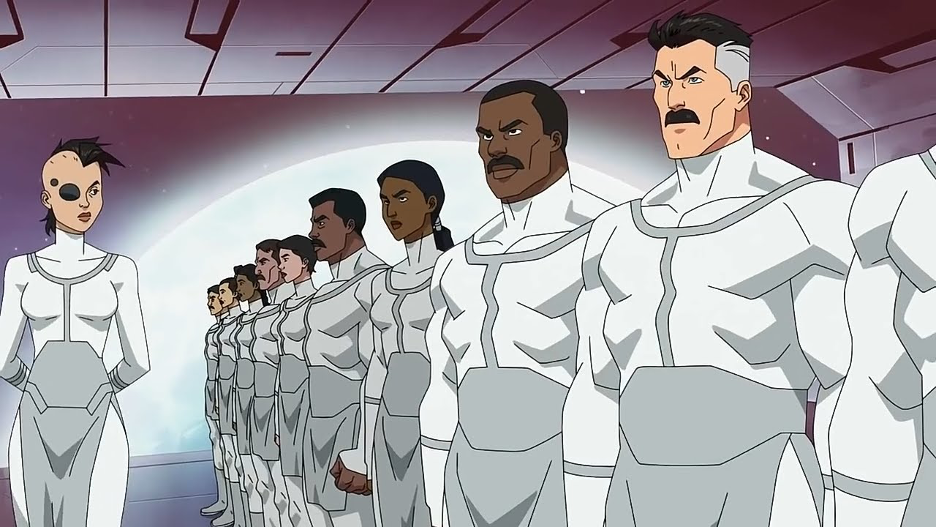 There are a bunch of climaxes throughout Invincible over specifically the murder of the Guardians of the Globe. And throughout, the viewer is left on the edge of their seat. When will Debbie Grayson or Invincible find out that Omni-Man is a murderer? What are Omni-Man’s true motives? Will the Mauler twins betray Robot in his desire to become human? What can and should Cecil do to contain Omni-Man?

Those are just a few of the questions that lead to ethical dilemmas down the road and climactic scenes. Brightburn, on the other hand, carries the narrative of “who’s next?” Which can be interesting with the right set of characters but instead adds to the film’s already pretty bland structure. We know throughout whoever catches Brandon doing something bad or tries to kill him will be killed next, making the film more predictable than it should have been. 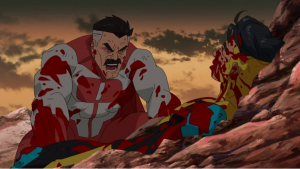 Brightburn has a decent enough ending as Brandon kills his mother and begins to wreak havoc on humanity around the world. So there are some intriguing routes that can be taken with this franchise going forward. But the cliffhanger is not on the level of the end of Invincible. As Omni-Man is seemingly one punch away from killing his son, he suddenly stops and flies off, unwilling to kill his son and seemingly abandoning his mission. And Omni-Man is one of the least cruel members of the Viltrumites. Soon after, Allen the Alien warns Invincible a Viltrumite fleet will soon attempt to conquer Earth. So even more danger awaits this world in the future.

All of these characters that we formed connections with are therefore still in grave danger. Now I understand that Invincible has the advantage of building more storylines than Brightburn since it is a full series instead of a film. But aside from Brandon and his mother, there isn’t really any compelling relationship throughout the film. And going forward, there is no one to connect with or fear for aside from Brandon’s mother, Tori. Which isn’t enough in this new fictional world. Overall, Invincible‘s season 1 ending is indicative of the show fully taking advantage of the evil Superman concept while Brightburn doesn’t reach the heights it should’ve. And Invincible definitely shows that Darkwing really should’ve made contingency plans.

What did you think of Invincible and Brightburn overall? Was I a little too harsh on Brightburn? What do you think of this evil Superman concept and should be this be attempted with the actual Superman in the mainstream? Sound off in the comments or send us your thoughts on Twitter!