Home » Death, Ghosts, And Communication In “Numb”: In Conversation With Niina Eveliina 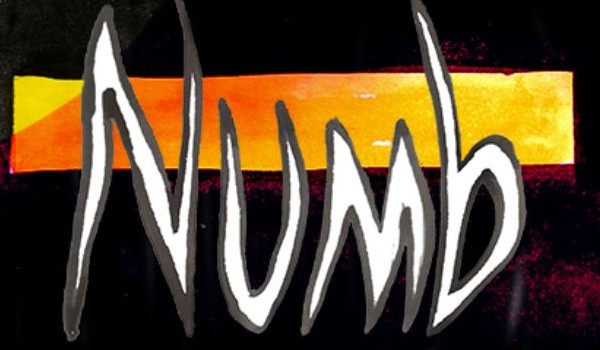 Numb is an ongoing comic about a group of friends trying to unravel a mystery while sinister forces get in their way. A fantastic and immersive read, we had the opportunity to speak with writer and artist, Niina Eveliina.

A Place To Hang Your Cape: Tell us a bit about yourself and what you do?

Niina Eveliina: I’m a comic and illustration artist from Finland. I studied art education at the University of Lapland, where I graduated with a Master of Arts. After that, I worked as a teacher, an animator, a comic artist, and a freelancer. My passion project is my web comic.

AP2HYC: How did you come up with the idea for Numb?

Niina: The idea came to me in my teenage years. In a way, it’s really old. It kind of started as various different stories and scenes. All of that slowly morphed together into the comic that it is today. I would say that my goal from the start is exploring human connections and communication; especially between people who don’t mesh well together. The thing that interests and drives me is exploring how different kinds of people find that connection with each other. You know the very typical romance elements? I’m really more interested in platonic relationships; finding connection between people without those obvious kinds of motivations. What would keep people together? Romance wouldn’t be in the picture.

AP2HYC: That’s a good segue into my next question. Who or what inspired your characters, particularly Susan, Levi, and Nikita?

Niina: Susan is inspired by people I know in real life. Everyone in my childhood environment was a smoker. But they were the kind of smokers who always told me to never start it. I personally never smoked. But a lot of people who did surrounded me. Susan’s very cynical; she has bad habits but she still looks after other people over herself. So, she’s inspired by [people in my] real life. Nikita started as more like a parody of those really cool, beautiful-looking, arrogant guys. Then he became the real deal. All of them come from very different backgrounds.

AP2HYC: You have a really strong grasp of characters, and what people go through over a lifetime. How do you develop such complex characterization?

Niina: That’s really my favorite part of telling stories. I’m so character driven – as a reader and a fan of other works as well – that I’m always remembering the characters. For me, that’s the main thing that I think about when I think of a story. It always comes down to the characters. I think—okay, Levi does this so how would Nikita react to this, and would he react like this, and if Levi was expecting him to react like this but he doesn’t, what does Levi do next? My head is full of these different scenarios.

At this point, because the characters have been with me for so long, I will find the most natural way for them to act. A lot of times, what happens is that I have a major plot point [about to unfold in] a certain way. Then when I get there, I notice it’s not appropriate anymore. Because the characters have grown so much, I realize this doesn’t make sense anymore. I have to follow with the character to get what they would actually do, then figure it all out all over again. My brain is wired in a character-oriented way. Everything else just falls into place around it.

AP2HYC: Levi and Nikita have a very interesting relationship; you’re really developing a lot between them. How are you going to keep developing their relationship?

Niina: It’s one of the major key elements of the story. They’re in an unlikely friendship and are slowly getting to know each other. After certain events, they now have some mutual goals. Levi wants to figure out what may be connecting them and what’s this thing going on around them. For Nikita, maybe he’s at least pretending to be not as interested. But Levi’s slowly turning his boat around; he can’t say no to that lovable giant forever!

Nikita’s original motivation was that Levi is the only one who can see him. So, he had nothing better to do than hang out with him. But he’s also very curious. Levi’s interest towards Nikita’s power will work as a way for Nikita to start exploring himself as well. He’s very reactionary. You really need to poke him before he gives you a response. So really, Levi does the poking; he asks the questions and then Nikita’s like, “I don’t care”. But he’ll probably go figure it out later on. That’s their dynamic. I have plans and there will be some big motivation elements coming for Levi and Nikita; some stuff coming up will tie them together even more.

AP2HYC: This one’s more technical. How do you work within such a long-term format?

Niina: Originally, the comic was supposed to be 300 pages long. Then, so much happened and it got bigger. We’re maybe halfway through now, so it’s going to be a lot longer than I originally planned. But I’ve always enjoyed long form comics. With long form, you have all the time in the world to build up the story how you want; you have more time with the characters. I’ve heard some people still enjoy the pacing. I think that’s because, I’ve read comics and I’ve drawn them all my life, so I have a strong vision of the story, the story beats, and all the chapters. I’m very confident in what kind of story I want to tell. I don’t really care how many pages it will take. But I know the exact way I want to do it.

For me, the best part in making art is the making part. If I kept to my original plan, it would have been finished sooner. But there’s so much I don’t want to cut. I wanted to give Susan and Nikita some scenes as well and all that. It gets big fast. The “Field” just kind of rose up once in the four hundred pages, but it’s coming.

AP2HYC: Amy’s imaginary friends seem to resemble the experience of childhood schizophrenia. This is something that Levi’s experiences also seem to parallel. Is this intentional, given the supernatural emphasis?

Niina: I wanted to create this kind of atmosphere and story where they mix together. Like, there’s fantasy elements. But there’s also lines between fantasy and reality, and mental health. When you portray symptoms of schizophrenia and stuff like that, you have to be really careful with it. [You have] to be respectful. That’s why I kept it vague. I also want to walk around the line. Because I think the supernatural beings causing problems [are often confused] with genuine symptoms. They symbolize the fear of death. What if this could happen to me? What if I can’t trust my mind anymore? That’s something compelling that I think about too much.

That’s the psychological stuff, but I’m also interested in body horror. Because it represents those fears we have about our body and our nerves, and our mind just failing us. I don’t want to use the psychological stuff just for the shock factor; I want to explore it. Because there’s so much more to it than getting a cheap scare like in some horror stories. I don’t like that—I don’t want that in my comic. That’s why I aim to be respectful and careful. I want to make it work from many sides.

Thank you so much Niina for such an engaging conversation! If this interview piqued your interest, Numb can be read for free at the official site. Have any thoughts on the comic? Sound off in the comments or tell us what you think on Facebook or Twitter!