Home » Sweet Tooth Review: All Stories Start at the Beginning, This One Starts Here 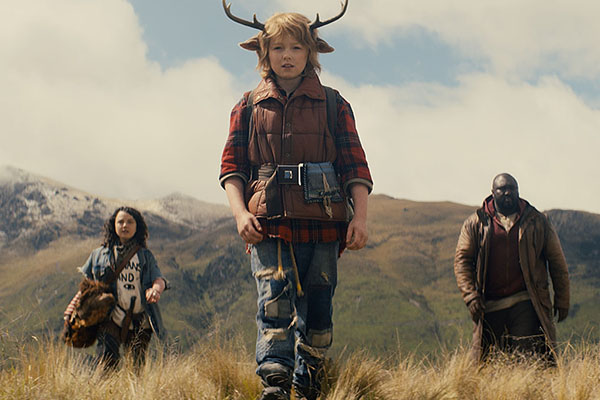 “If I could see the world through the eyes of a child. Smiling faces would greet me all the while”. Patsy Cline’s words, that play in the second episode, perfectly sum up my thoughts on Sweet Tooth.

If a new series based on a comic book is to be released, more often than not, people would assume it’d be a superhero type of series. But here’s the shocking truth: not all comic book based shows are about superheroes. In fact, the better ones are often not, and Sweet Tooth is on top of that list.

Briefly, Sweet Tooth follows the journey of a half-human, half-deer kid named Gus, as he goes out in the post apocalyptic world seeking a new beginning.

But that brief description doesn’t really tell what the show is about. In a dystopian symmetrical world, where the only issue is forgetting to buy turkey on the way home, the world is hit by “The Sick”. A disease so infectious and deadly, the world descends to utter chaos. As this virus feeds on humanity, a new breed shows up: the hybrids, half-human half-animal beings emerge out of nowhere. Questions about how The Sick started, humans foolishly assume the hybrids are the reason The Sick exists. Hunting hybrids, killing them while they are infants, Gus ventures into a dangerous world without knowing what awaits him.

Speaking of that world, Sweet Tooth doesn’t only tell the story of Gus, the half-human, half-deer character. But it also tells multiple separate stories that end up intertwining. These stories give us context to what this world is, what survival truly means, and what horrors await Gus.

Sweet Tooth displays one of humanity’s deepest fears, a pandemic caused by a disease that sends the world into an apocalypse and ruled by chaos, with only one thought possessing people’s minds: survival. It’s true we might have had enough movies and shows about pandemics in the last couple of years, but the brilliance of Sweet Tooth is that it shows it in a new light.

Sweet Tooth perfectly presents the greed of mankind, the immorality of human beings. In contrast, it shows the innocence of children, and that human beings are innately kind and good. Making you wonder, where did we lose it along the way?

The show follows various characters throughout the 8 episodes of its first season, but the main character is Gus aka Sweet Tooth played by Christian Convery. We don’t often get impressive good young actors, as it’s difficult to teach and direct children. But Christian Convery is an exception and proves that in his role as Gus.

Big Man aka Tommy Jepperd is Gus’s companion and protector as Gus ventures into the post-apocalyptic world. We can see from the beginning that Big Man has a dark past. He is not the nicest person out there (that is an understatement). But this is solid grounds for great possible character development, and they deliver on it. Big Man has a proper character arc and significant development throughout the show. Gus saw the best in him, believed in him, and that belief paid off. Well written characters always need other characters, both Gus and Tommy need each other, which creates fantastic dynamic between the characters.

No matter how hard filmmakers try, perfection is always out of reach. Sweet Tooth is undoubtedly a magnificent series worth watching, but it has its flaws. The pacing of the show can be slow at times, as the audience anticipates something bad is going to happen. It takes a long time for that bad thing to happen which can be a little overwhelming at times.

Speaking of bad events, that’s another flaw I found myself noticing. I didn’t necessarily predict what was going to happen, but I always had the feeling something bad was going to happen. With sound design and shot selection, it’s easy to anticipate that. True, our protagonists need to have challenges and obstacles along the way, but sometimes they need to be emotional or moral dilemmas rather than an “enemy” challenging our main characters. But in order to look at it cup-half-full, the anticipation keeps raising the tension, and the payoff lives up to it.

Before watching Sweet Tooth I asked myself if this show can bring a new big name to the comic book/superhero genre, which has been all the rave in recent years. But after watching it, I realised my expectations were all wrong, I realised we need more comic book based shows like Sweet Tooth. Shows and movies that don’t bring us idealistic superheroes fighting for the greater good, but personal stories that we the audience can relate to.

Sweet Tooth is a wholesome series that takes you on a journey full of mystery and intrigue. Brilliantly written, beautifully shot, and meticulously directed, it is a show worth dedicating your time to watching. Just hoping that Netflix doesn’t pull an ol’ classic Netflix twist of canceling the show. This show needs a second season, the audience needs a second season. Because all stories start at the beginning, this one starts here.

Have you seen Sweet Tooth? What did you think of it? Let us know in the comments or via our Twitter!