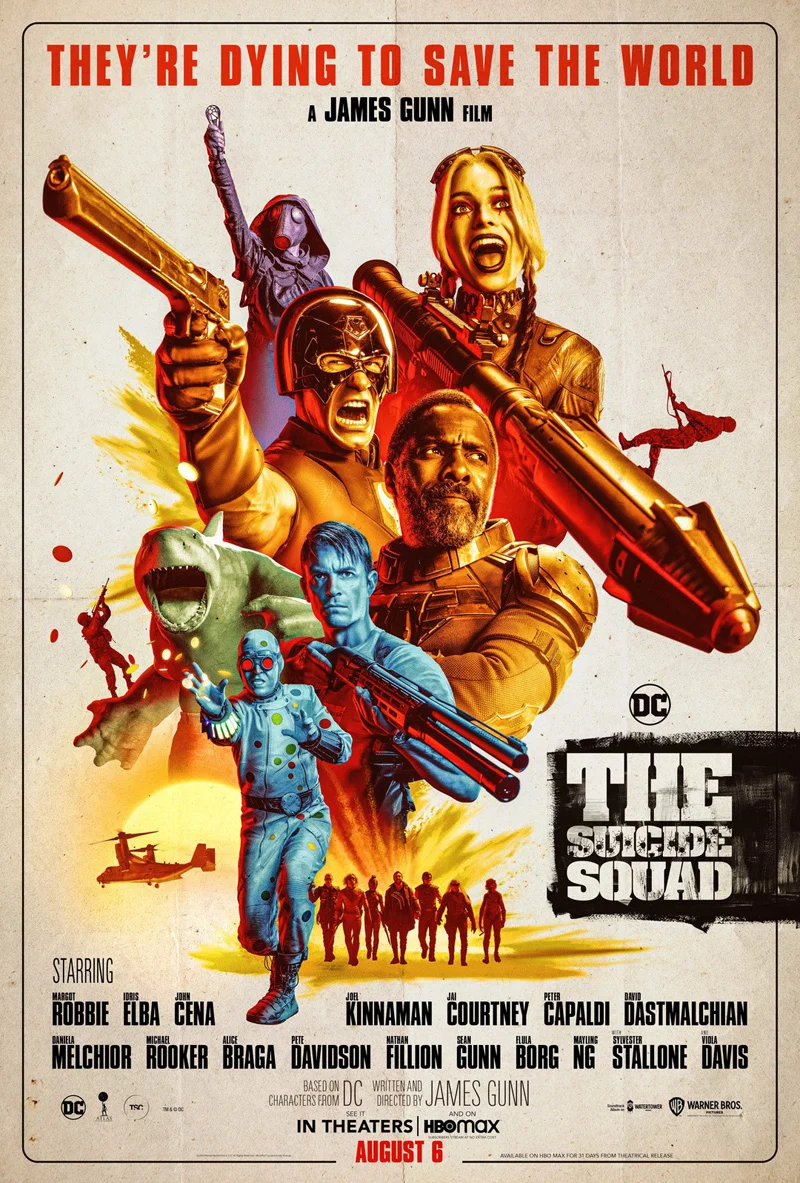 I remember it like it was yesterday. Summer of 2015, and we were in the midst of the MCU’s slow build towards Infinity War. And while the MCU was great at this time, the universe was becoming a bit too formulaic. The plots for many of these films would generally go like this. Main character hit with tragedy, evolution of main character into a hero, hero meets subpar villain, subpar villain gets the better of hero, redemption arc, the two meet again, hero wins. Comedy sprinkled here and there that can diffuse the seriousness of the situation, and a lack of high stakes added to a lot of these films. Very different from the Civil War and Infinity War movies of the MCU.

Then I saw a trailer for a new DC film that looked entirely different. It looked both dark and unpredictable, yet also abundant with beautifully complex and insane villains. And I still stand by this statement. The first look, comic-con trailer for 2016’s Suicide Squad was one of the greatest trailers I’ve ever seen. To say I was excited for this anti-hero centric film is a massive understatement.  This trailer came out before the Deadpool and Venom films of the world came out. This was a new cinematic subgenre to me. And then when Suicide Squad‘s release date approached, it seemed like Warner Brothers was advertising a whole new, different film. A film that was light-hearted and zany and Guardians of the Galaxy-esque. Which was ok with me, so still, I was very excited. 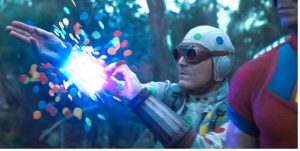 Suicide Squad sucked. It’s the worst film from this new DCEU and featured same of the worst CGI and villains in a mainstream superhero movie. And I know the production was a complete mess, I’m not solely blaming David Ayer. But still, you’ll get better effects from a Sharknado film than in 2016’s Suicide Squad. But, luckily, FINALLY, this band of misfits story arc has been saved by James Gunn. And while The Suicide Squad doesn’t carry the tone of the 2015 trailer for the 2016 film, Gunn’s iteration is exactly what it promises to be in its trailers and ads. A fun, bloody, graphic display of egocentric, colorful anti-heroes that’s unique enough to stand out from Guardians of the Galaxy. The other superhero franchises that you all know Gunn has been a part of.

Anyways that was a lot writing to just say that The Suicide Squad was awesome! And now similar to what the Snyder Cut allowed us to do, we can all forget about the 2016 depiction of this team of supervillains, anti-heroes, whatever you want to call them. Even though that film did provide necessary backstory into the origins of the team and Amanda Waller. Anyways, Gunn doesn’t reinvent the wheel but this film puts together a group of unique characters who all stand out. Everyone has an interesting backstory and character arc throughout the film.

Even Peacemaker, played by the usually invisible John Cena, reveals a fleshed out story of his own. Through the first hour or so Cena does his best with a character that seems like there’s not a ton to work with. Other than mostly comedic relief and a fun dynamic with Bloodsport. Until the second hour of the film hits, and his character dives into a whole new layer. Idris Elba, as always, is terrific. Seriously, when is he not? Also, Sylvester Stallone plays King Shark. That’s just great.

To add onto the praise, I love how the Suicide Squad actually does missions in which some members die. The movie can’t be called The Suicide Squad and not have members of this large team of misfits die. Which is also where Gunn fully takes advantage of the R-rating. This isn’t Gunn’s goriest movie. Slither takes the cake there. Do not eat a full meal before watching that film. But The Suicide Squad is still gleefully bloody which is exactly what these ragtag group deserves. 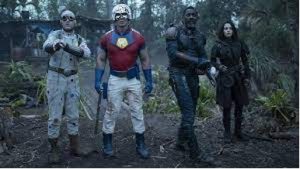 In addition, there are a few twists and turns throughout the film. And I think the squad’s relationship with Amanda Waller is even more interesting than the last film. Which was one of the few positives from 2016’s Suicide Squad. Honestly, there are only a few minor issues I had with this film. Rick Flag is kind of just there in the film until near the end where he plays an important role. And Harley Quinn, while she’s still very well played by the ever-consistent Margot Robbie, isn’t quite as interesting as she was in Birds of Prey. Lastly, some of the main characters have a lot of the same skill-sets. Even though that sets up the Peacemaker/Bloodsport dynamic. And still, the fight scenes in this film are excellent. Once again these are minor flaws.

Look back at Harley Quinn, for example, there is a scene in the middle of the movie which is entertaining, but drags a bit by trying to extract some sympathy for her. And it just doesn’t quite work like the other sympathetic moments in the movie with characters like Cleo Cazo/Ratcatcher 2. In the end this is the best way I can describe James Gunn’s The Suicide Squad: It makes anti-heroes that control rats and shoot polka dots funny and interesting, whilst also making the main villain a giant starfish. I’m not kidding; A GIANT STARFISH, so much better than the Enchantress and Incubus.

Overall, this movie delivers exactly what it promises. Which might not be for everyone but was exactly what I was looking for. It’s not the greatest movie ever. It’s not the greatest comic book movie ever. Don’t come in with those expectations. But The Suicide Squad brings justice to a team, a franchise that deserved better than that first film. You deserved better Deadshot and El Diablo.

So what did you think about the The Suicide Squad? Did you like it more or less than the first one?
Sound off in the comments or send us your thoughts on Facebook or Twitter!