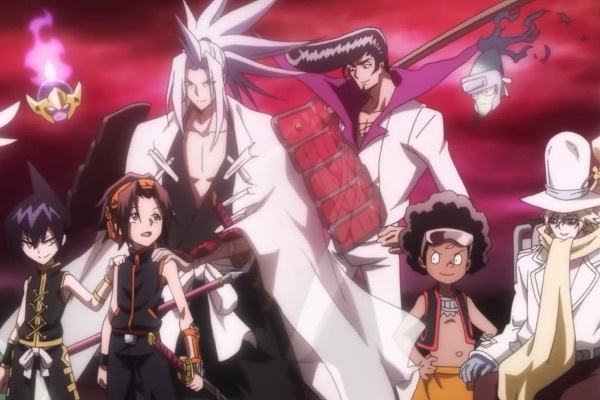 The Shaman King reboot has already started airing in Japan. Due to a licensing deal with Netflix, the anime will be released one season at a time several months after they’ve aired in Japan. Fans of the anime series from the early 2000s might be bummed that they have to wait, myself included. There is a solution though, Kodansha is re-releasing the complete manga in omnibus form. These are 3-in-1 manga volumes.

The original manga debuted in Weekly Shonen Jump in June 1998; the anime began airing in July 2001 in Japan. Following the end of the anime, it was licensed by 4Kids Entertainment. Good luck finding this anywhere since 4Kids had major financial issues, eventually leading to its shut down in 2017.

The series follows Yoh Asakura and his friends as they participate in the Shaman King tournament. The winner will become the next Shaman King and be able to contact the Great Spirit which will help them change the world in any way they wish.

It may seem like the entire series is focused on the cliche tournament aspect that almost every anime has. Hiroyuki Takei, the author, really knows how to utilize this trope to the best of his abilities. If you aren’t a fan of the anime then I recommend reading Shaman King Zero first; it’s a prequel manga and really helps showcase some of the more prominent shamans in the events that lead up to Shaman King. Personally, I would recommend reading both concurrently. This is because each chapter of the prequel series focuses on a different character and it also takes a while to really introduce the characters that are focused on in Zero into the main series.

Takei has really done his research when looking into real-world shamans and their cultures. This is showed through the way he has portrayed the varieties of shamans in the series. For example, Yoh can have spirits possess him while his fiancée Ana can call on spirits from anywhere in the world and even the afterlife.

It’s worth noting that there are several series that are considered canon when it comes to the series. The order is considered to be:

Super Star is a direct continuation of Flowers, due to the latter being cancelled. Several spin-off mangas exist that follow side characters from the main series. These include:

Red Crimson and Marcos take place after the main series of events, whilst & a garden is a prequel that follows the formation and origins of a certain team. Kodansha is releasing most of the manga series digitally. The main series is the only one currently getting a physical release on top of its digital release.

This is a great series for younger audiences due to its plot structure, characters and references to various spirits from other cultures. However, if you are a parent or guardian I would recommend staying a couple of chapters/episodes ahead of your children. While there isn’t a lot of violence, abuse, or drug references, they vary from being unnoticeably mild to being outright traumatic.

It truly is a series worth picking up. Whether you intend to watch the anime or read the manga, you’ll be at the edge of your seat as the narrative unfolds. It’s great series for almost any age group. It’s also worth noting that several earlier chapters were cut from the 2021 anime adaption, these chapters set up and develop Yoh’s relationship with his spirit, Amidamaru. So if you want all that extra backstory, it’s worth diving into the manga.

Shaman King (2021) season 1 is currently on Netflix. Check out Kodansha for places to buy a physical or digital copy of the manga. Will you be watching the series on Netflix or will you be reading the manga? Let us know in the comments below or Tweet us.