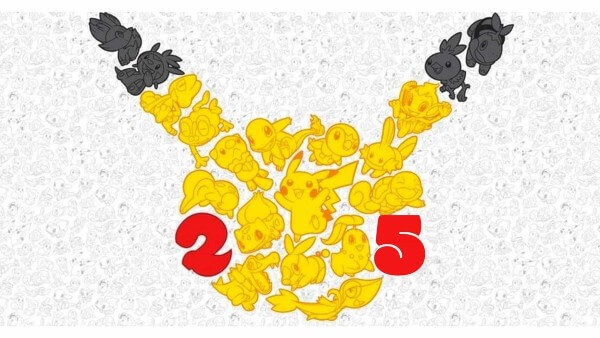 Pokémon Red is the closest game to perfection, the only flaw? Not originally having a sprint function. Nevertheless, the game is undeniably one of the best games we have ever had, ever!

Pokémon Red was released on the 28th of September, 1996. Making it twenty five years old this year. And we’re looking at the top six Pokémon in the game (excluding legendary Pokémon of course). Why six? Well, five has become a cliche and the sixth spot has always been neglected. Or mostly because you can carry six Pokémon with you in the game.

And yes, Pokémon Blue and Yellow were also released on the same date, but we’re focussing on Red because it’s the most popular and offered the best pool for Pokémon.

Dragonite is theoretically the strongest of the one hundred and fifty original Pokémon in the game, so why number six on our list? Due to how rare it is in the game. But its stats are absolutely unmatched amongst the normal Pokémon. On the other hand, Charizard is one of the easiest to get, as you can pick Charmander in the beginning. Charizard is not the best fire type by any means, but it has a great set of moves between fire and air, and has good speed. Charizard is the jack of all trades, but master of none.

Another starter; Blastoise, is the final evolution of Squirtle. This starter Pokémon has the best defense among them and the least weaknesses. Blastoise can also learn water, ice and ground moves on tope of its grass moves. Water Pokémon are some of the most powerful types in this game, and Blastoise is just shy of the number one spot among the water types, which makes it extremely formidable.

If you learn anything from this list, keep one of your starters till the end. Venusaur is probably the least picked between the three starter types, but in reality it’s possibly the best. Venusaur doesn’t have the best stats and is really the middle ground between Charizard and Blastoise. But it has some of the best moves in the game, and is the weakness of many others. Pokémon Red isn’t really about how powerful your Pokémon are, but how powerful they are against other types. Venusaur is the best of the  grass and poison category, which makes it one of the best in the entire game. 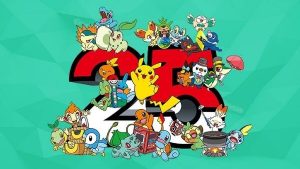 The one and final evolution to the useless, frivolous and meme generating Magikarp (Ironically, us humans can learn a lot from that evolution). Gyarados is the best water Pokémon in the game. Blastoise and Lapras definitely give it a run for its money, but Gyarados takes the crown. Gyarados is not just a water Pokémon, Gyarados can learn fire, electric, ice, and dragon moves. Which doesn’t only give it a plethora of moves with incredible stats, but it also means it’s weak to almost nothing. Gyarados is truly the royalty of the sea.

What should be a legendary Pokémon in Red, Arcanine is arguably the best Pokémon in the game, and it is the reason I chose Red for this list, as this is the only game it’s available in. Arcanine is undisputedly the best fire Pokémon in the entire game, including the legendary Moltres (YES I said it!). You can easily capture Growlithe and use the fire stone on it to evolve it to the unstoppable Arcanine. Great speed, incredible power and a great moveset, Arcanine is truly a beautiful beast.

You can not fathom how powerful Jolteon is until you use it in battle. From the cute little Eevee, you can use the thunder stone to evolve it into the most powerful and underrated Pokémon in the game. Now I may have a soft spot for Jolteon, and honestly Arcanine is probably better. However every time I replay this amazing game, my main objective is to get Jolteon; after that it’s smooth sailing. On paper, Jolteon may not have the most staggering stats, but there is one stat that makes it the best; speed. With Jolteon, you’re guaranteed to have the first hit. Additoionally, if you pick out the right moves and special moves for it, you’ll only need one to two hits to take down any Pokémon in the game, assuming its weakness is thunder. Which brings us to its type, thunder. Many Pokémon in Red (and Blue, happy?) are weak to thunder. This makes Jolteon not only incredibly powerful, but a must have in your arsenal.

And there you have it, my top six Pokémon in Red and Blue. However, there are many powerful Pokémon in this game, and you can’t go wrong with different options. I’ll mention a few honorable mentions without a specific order: Lapras, Snorlax, Gengar, Starmie, and Vaporeon.

But you can’t have the top six Pokémon all at once, as you cannot have all three starters. Therefore, my best lineup to have by the end of the game (to wipe the floor with your rival, Oak’s smug grandson) is: Venusaur, Jolteon, Arcanine, Gyarados, Snorlax, Lapras. But if you’ve got Dragonite, that’s all you need.

Pokémon 25 is celebrating its 25th anniversary this month, releasing a new EP and featured products. Twenty five years ago we created some of our best memories as children, and twenty five years later we are celebrating them. It’s only fair to say this game defines the term “timeless”.

What are your top six Pokémon in Red and Blue? Let us know in the comments below or on our Twitter and Facebook!