Home » “Occulus” #1 Is Fantastical Tale With Some Inventive Twists 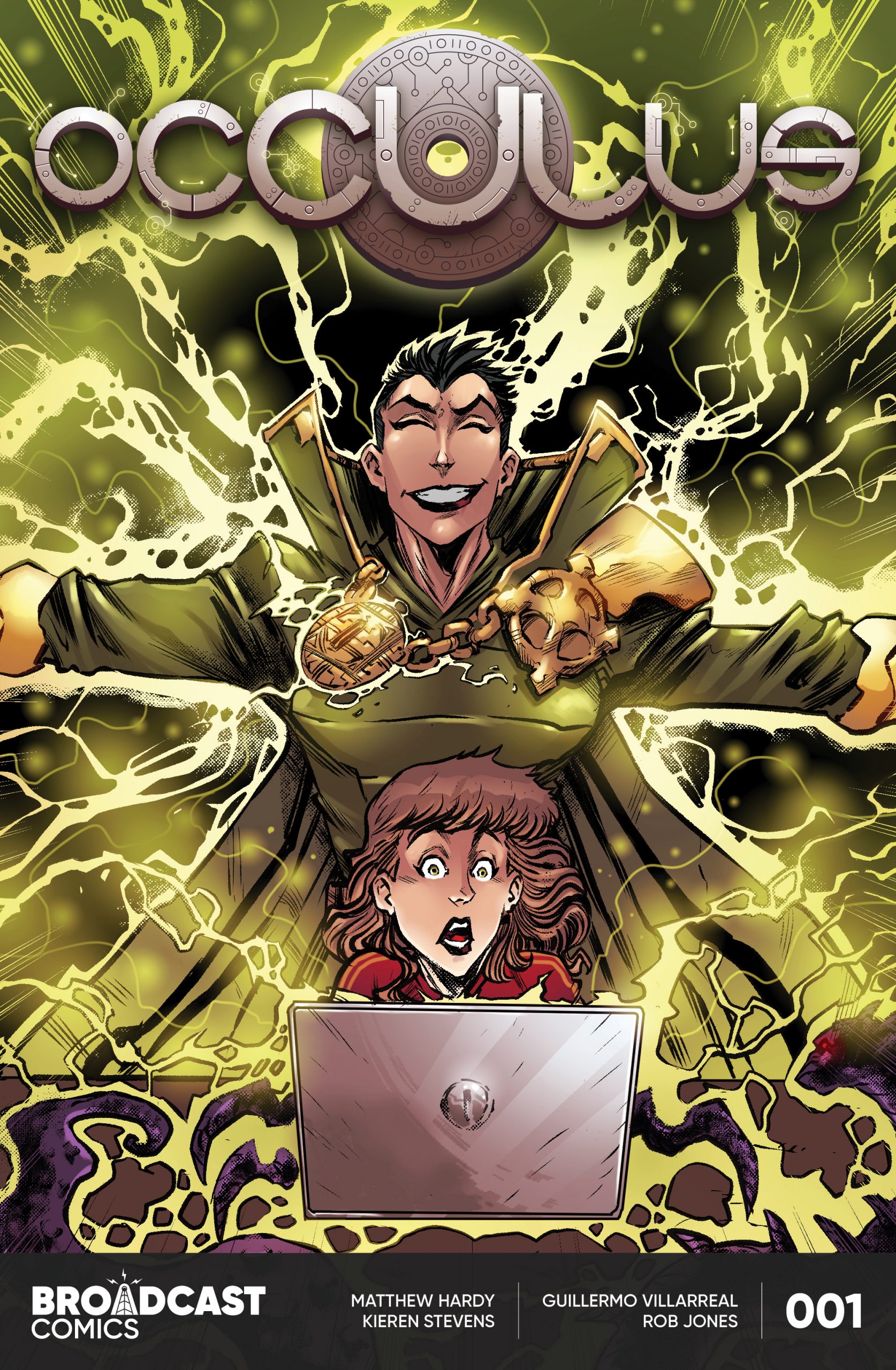 I always love a comic book with a good twist that actually makes sense. One that isn’t inevitably, M. Night Shyamalan. Don’t know who the M. Night Shyamalan of comic book authors are, so I do my best in that regard. Anyways, Occulus #1 is a visionary tale that places the reader in a mystical world of monsters and sorcerers. We begin this story following a young man running through a 28 Days Later-esque looking London in need of help. That is until he comes face-to-face with Esme Eldritch; a character who has the “sovereign of sorcery known as Occulus” and “has been fighting monsters and evil forces for millennia”. Or so we are told.

Occulus #1 is written by Matthew Hardy and Kieren Stevens. Guillermo Villareal brings this unique world to life visually as the cover artist while Robin Jones letters the comic. Broadcast Comics publishes this fantastical piece that teaches more than one character not to underestimate the other. Even when it’s revealed that one of the characters is not what they say they are.  Convenient how I’m writing this review at the same time as Spider-Man: No Way Home is hitting theaters. Because Occulus #1 has elements akin to the previous film in the Spider-Man MCU Universe, Spider-Man: Far From Home. As illusions play a central role in Hardy’s work. Except, even when our main characters notice the illusions, that doesn’t mean the threat is fully extinguished. A common theme that we see in Far From Home as well.

Anyways, we see Esme Eldritch, or Occulus, easily subdue some kind of dog from hell. Saving our seemingly lonely traveler. She then begins to tell her own origin story. Meanwhile, our traveler who’s been studying the occult for years, has many questions about how Occulus came to acquire her powers. All this time though, we do not know the motivations of the traveler himself. Well, aside from seeking refuge from the demon dog chasing him. Soon enough though, the motivations and true powers of all parties reveal themselves. And we get a large-scale, mystical fight that Guillermo Villareal so expertly visualizes. While at the same time, the reader is questioning what the heck is going on. As well as what’s real about this world and what isn’t.

This world builds towards a conclusion and opens the door of endless possibilities. Especially one for a universe that seems to be just getting started. I have no idea what is going to happen going forward in this universe. Overall, Occulus #1 is a visually impressive and inventive comic that gives us just a taste of what’s to come. With a few more twists and turns than expected, this comic gives us just enough to pique your interest. It’s just the beginning with this cast of characters and Occulus’ creators. So, if you’re into a short but sweet fantastical tale that flips back-and-forth between who the real villain is, check out Occulus #1!

If you want more details about Occulus #1 or other pieces from Broadcast Comics you can check out this link! Sound off on both our Twitter and/or Facebook feeds about that to let us know what you thought about Occulus!