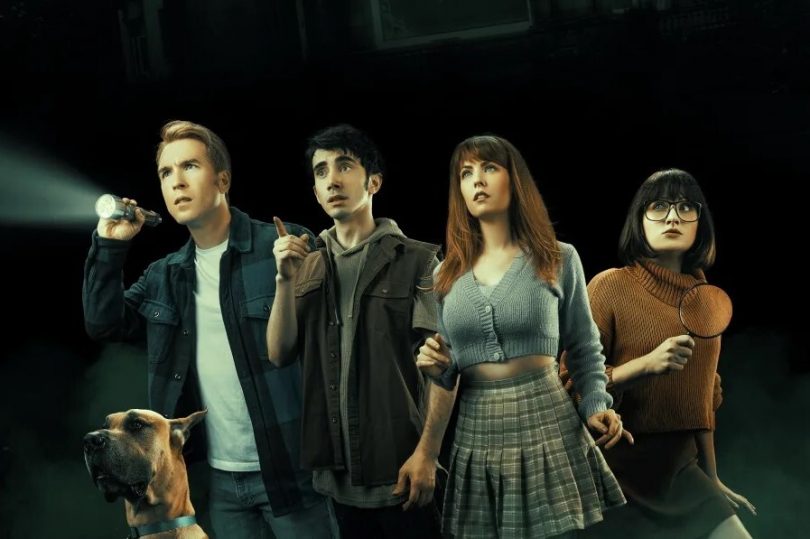 If you grew up like me, you’ll have a deep-rooted love for the original Scooby-Doo series of the 60s and 70s. Even with reboots, new series, animated and live action films – I’ve never quite found one that lives up to the original. Until now. Mystery Incorporated, created by Dade Elza and Jessica Chancellor, takes its inspiration from Scooby-Doo, Where Are You? whilst interweaving the aspects of darker TV shows of today.

Considering this is a crowdfunded project, the production and filming is top-notch and already screen-worthy. It clearly leans heavily into the supernatural elements of modern television; moments of darker colouring and well-placed background music during scenes that don’t overshadow dialogue. Speaking of supernatural, don’t expect the cheesy unmasking of dear old Scooby-Doo shows. This adaptation is definitely an all out ghost-busting, chasing demons kind of show. Oh, and forget cartoony talking dogs. Scooby is the most realistic CGI dog that actually acts like a dog. Kudos to the designers behind the show too; the characters’ hair and costumes are modern updates, looking more like real people in society than cartoon characters. However, you can be sure to see the characters in their signature colours!

The full length pilot episode introduces our characters one by one, running in separate social (and high school) circles. This actually answers the unspoken question of how these five clearly different people end up as friends in the first place. We also see snippets of the quintet’s home lives; overbearing parents, grief and loss, gritty drug deals and school failures. Unlike the cartoons and previous films where we are already immersed in the story, this series starts to bring known realities in. It creates a connection to these characters and gives us a way to somewhat relate to them. By the time the episode reaches half time, we start to see some familiar names pop up. If you’ve watched the live action films (2002 and 2004), adding the little nod to one of the older characters to try and explain a supernatural event only solidifies the nostalgia.

The episode begins with the introduction of Coolsville. Each of our characters lead their own lives. Fred (Elza), crosses paths with a demonic presence in the wake of his parents’ deaths. Others chalk this up to a coping mechanism, refusing to believe in the supernatural. So, what does Fred do? He looks for answers. This is where we first meet Velma (Dayeanne Hutton), and the two pair up to debunk the supernatural. However, this backfires as they read aloud from a demonology book and set a load of ghosts free.

Remember Miner forty-niner? You will after this. Upon closer inspection, the duo realise they have unleashed a demonic force and the “thirteen pillars”; we can expect twelve more ghosts from the original series to appear! Their separate lives all converge when they witness the miner gate-crashing a party. They’re not yet on “come on gang” terms. But we can see how they may start to form bonds from this experience. As a side note, when a certain band play at the party, it is clear that they are there for more than just the music. It’ll be interesting to see how that plays out over the episodes.

The pilot episode is well worth a watch – you won’t be disappointed! Their funding campaign is worth a look at, even if just to read about the inspiration and process of creating the YouTube series. It really is a fresh take on the Scooby-Doo we’ve seen before, even whilst using some of the oldest characters. If like me, you love Scooby-Doo – then you must check this out!

Does the show live up to your expectations of a Scooby-Doo release? What do you want to see included? Sound off in the comments or send us your thoughts on Facebook or Twitter!