Home » Why No Enthusiasm For the Fantasic Four? 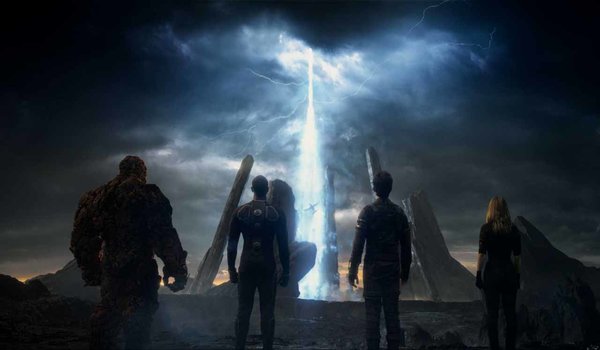 So in the past month, the marketing for 2015’s Fantastic Four movie kicked off at long last, but while I enjoyed the recently released second trailer, there is a huge feeling of disinterest in the return of the original superhero family to the big screen. Let’s be honest, the Fantastic Four’s cinematic outings haven’t been very successful, financially or critically. It shouldn’t be that difficult to create a film that honours the original source material, but allows new audiences to enjoy the film’s content as well. Fox has promised us that Fantastic Four will be an exciting new take on the beloved superheroes, and yet what has been shown and told does not look or sound very promising. Is it because of the inner workings of the film’s creative process, or the expectations and reactions from the audience?

The past couple of weeks have been a good time to be a nerd. The Avengers: Age of Ultron arrives in cinemas, the new Daredevil series on Netflix is amazing, Game of Thrones is back, Tomorrowland looks like great fun, and we have received trailers for upcoming blockbusters – most notably the first teaser for Batman v Superman: Dawn of Justice which has been met with mixed reactions, and the new trailer for Star Wars: The Force Awakens, which everyone has pretty much gone nuts about. But we also got the second trailer for Fantastic Four, and like just about everything else related to the film, it has been met with mixed to negative reactions. Was this film doomed from the start?

When it comes to the superhero film genre, there has always been a looming trend of “follow the leader”. Back when Tim Burton made Batman in 1989, studios flocked to chase the winning dog into traffic and all around Hollywood, superhero films were being greenlit though very few saw the light of day. By 2000, Batman had been bled dry and the genre was running out of steam but then received a second go at life when the likes of X-Men and Spider-Man proved to be box office smash hits. So the studios all jumped aboard the bandwagon again and started snatching up the rights to every valuable comic license they could grab. What followed were some good films, some bad films, and films that no one remembers. Amongst those were the two recent Fantastic Four films, both of which did well at the box office, but are so inconsequential that no one remembers them.

Now, here we are again in phase three of the superhero genre boom, and this time, it appears to be working well. Marvel is king of the hill, DC Comics is rearing its head to storm said hill, and Sony is swimming around like a shark, ready to chew up poor Spider-Man again. But there is also Fox, who have been doing quite well over the past decade with the successful X-Men film series. They also still hold the rights to Fantastic Four, and surprise, surprise, they  announced they would do a reboot of their Fantastic Four series with a new continuity following the likes of the MCU. Back in 2009.

Everything from the announcement onwards has been pretty much trashed by the potential audience. Not introducing the Fantastic Four into the MCU, casting young actors to play the heroes, casting African-American actor Michael B. Jordan as the Human Torch, reimagining Doctor Doom as a computer hacker…okay that complaint is justified. What’s wrong with portraying Doctor Doom in a favourable light without butchering the core themes of the character. Interestingly, there wasn’t a single piece of official media promoting the movie until January 2015 whilst every other upcoming superhero film has been churning out news every other week. Are Fox a bit cautious about their own success, following the surprising fail that was The Amazing Spider-Man 2 for Sony?

Then the first trailer came out, and frankly, it didn’t really look or feel like a Fantastic Four movie. Aside from the brief glimpse of the Thing (Jamie Bell), there was no indication this was a superhero film beyond the title at the end. But it is obvious that Fantastic Four is going to take a more darker tone than its more campy predecessors. The second, more improved trailer emphasizes this, showing our four heroes dealing with their altered bodies (though Reed Richard’s elastic body still looks very unnatural in CGI),which the 2005 film kind of forgot needed to happen with everyone beyond the Thing.

The film’s director Josh Trank has said the film will go a different direction than other Marvel movies, namely refitting the heroes into victims of a “science-gone-terribly-wrong” scenario. This sounds interesting and an unusual direction to go, but is it at the cost of just being different rather than adapting the Fantastic Four into another origin story? In the comics, for clarity’s sake, the four are scientists who go into space, are exposed to cosmic energy, and gain superpowers. The film trailer implies they develop technology to travel to another planet or dimension, which is a success, but at some point they will gain their powers which come with big changes for them. Perhaps the film is being modelled after Trank’s first film Chronicle, which dealt with a similar premise (and Michael B. Jordan starred in it too).

Now personally, I think there are some positives to the film from what I’ve seen. I like the design of the Thing, I think it is really solid and won’t crumble under pressure. That’s enough of the rock puns for now. There was early imagery of the Fantastic Four’s redesigned suits which are stylised to adapt to their individual powers (kind of like what Edna Mode did in The Incredibles). I have never seen any of the actors before aside from Tim Blake Nelson who is playing Mole Man, and I hear Michael B. Jordan has been in good things, most notably Fruitvale Station. And for those wondering, no he isn’t related to the basketball legend of the same name. Doctor Doom is going to be a hacker, but will be connected to the heroes. Hopefully this time it won’t come with random electricity powers. I also liked the scene in the second trailer where the Thing plummets from a plane and crushes a military truck, though he should’ve said his catchphrase “It’s clobberin’ time!” too.

There were early reports that the reboot was going to be set in the X-Men film universe. How cool would’ve that been, particularly if the Fantastic Four had been the first human to develop non-mutant-based superpowers. But those dreams were crushed, since the producers want to keep it in its own world for now. Sony came to the conclusion they would have to lend Spider-Man over to Marvel Studios to milk their cash spider-cow some more, so will Fox do the same if Fantastic Four bombs at the box office? Will X-Men face the same despite its continued on-and-off success? I don’t think so, since X-Men: Apocalypse, the final Wolverine movie, and the long-awaited Deadpool films are coming.

Fantastic Four is released in cinemas this August, and I’ll be seeing it when it comes to the UK. But like everyone else, I am a little sceptical on where this film will go and whether or not it will be a success. The dark premise it appears to have may good or bad, and there is the worry that everyone that the Fantastic Four are known for – their personalities, relationships, powers, origins, supervillains, etc., is all being compromised for the need to be different from the films of the MCU. However, Trank has suggested the film does not follow the traditional tropes of the superhero film, but rather referencing the early science adventure elements the comic books back in the 1960s. We shall have to see, and it is a little hard to make a decision when so little information about the film have been released.

What are your thoughts or expectations on Fantastic Four? Success or failure? Has too much been changed? Is it time for Fox to give the reigns back to Marvel? Have I put too many phrases and metaphors into this article? Sound off in the comments below or on our Twitter feed.